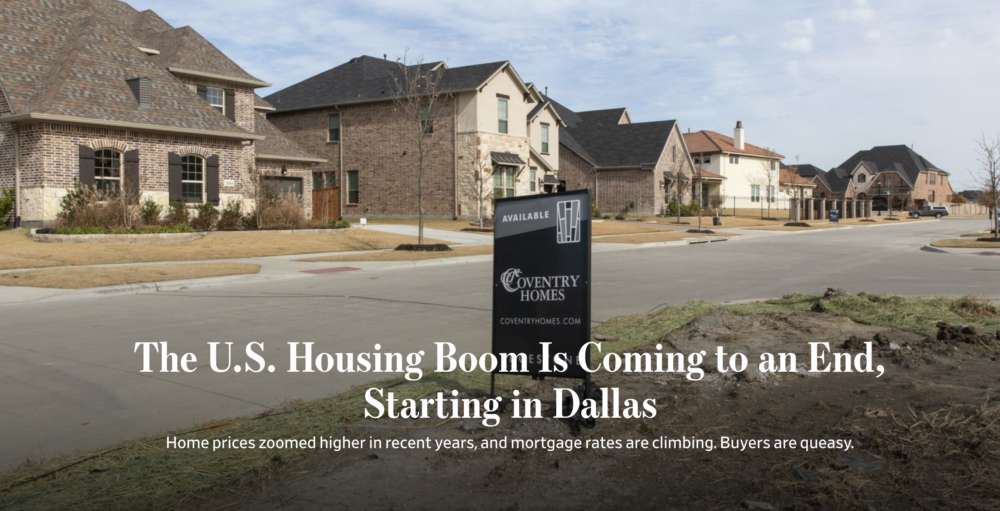 Empty Lots And Newly Built Homes In The Edgestone At Legacy Development In Frisco, Texas

A half-hour drive straight north from downtown Dallas sits one of the fastest-growing counties in the country. Cotton fields have been replaced with Toyota’s new North American headquarters, a Dallas Cowboys training facility and a sand-colored shopping strip with a Tesla dealership and a three-story food hall.

Yet even with the booming growth, Dallas’s once vibrant housing market is sputtering. In the high-end subdivisions in the suburb of Frisco, builders are cutting prices on new homes by up to $150,000. On one street alone, $4 million of new homes sat empty on a visit earlier this month. Some home builders are so desperate to attract interest they are offering agents the chance to win Louis Vuitton handbags or Super Bowl tickets with round-trip airfare, if their clients buy a home. Yet fresh-baked cookies sit uneaten at sparsely attended open houses.

The U.S. economy just had one of its best six-month stretches in a decade, as the unemployment rate hovers around its lowest level in half a century. Still, along with a recent swoon in the stock market, the housing market—which makes up a sixth of the U.S. economy—has been a troubling weak spot.

U.S. existing home sales have declined on an annual basis for eight straight months, the longest slump in more than four years, according to the National Association of Realtors report Wednesday. The slowdown has been driven by places that had earlier seen some of the strongest price growth during this recovery, including Seattle, Denver, New York City, Boston and the Bay Area.

Dallas, which had the second-strongest annual increase in employment of any metropolitan area in the country in September, helps explain why. Even though the economy in the sprawling metro area has boomed, home prices have grown much faster than wages, and buyers have been straining to afford homes. 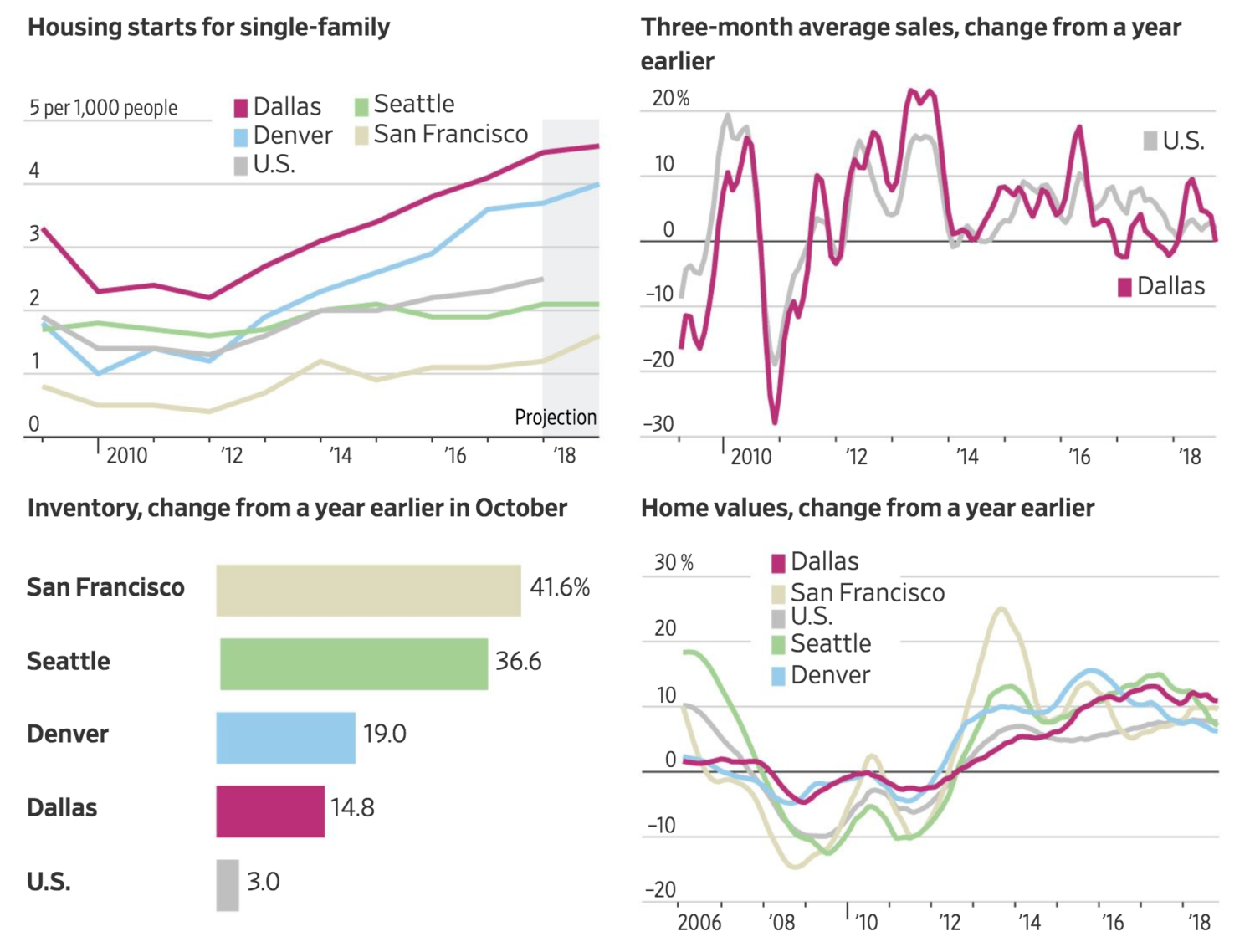 Those price challenges have been masked in part by access to cheap credit, but that era is coming to an end. Since the beginning of the year, mortgage rates have risen about a percentage point, to the highest level since 2011.

New and existing home sales in the Dallas-Fort Worth metropolitan area fell 3.6% in October compared with a year earlier, according to the Real Estate Center at Texas A&M University, while median home price growth slowed to less than half the pace of a year ago.

Dallas has been the “canary in the mine shaft” this housing cycle, said Paige Shipp, regional director for Metrostudy, a consultant to home builders. Homes are taking longer to sell, bidding wars are rarer and price cuts are more common as buyers absorb the impact of higher rates.

Cleave Treanor, a 29-year-old project manager and his wife, Rebecca, decided at the beginning of the year it was time to move out of their 1,500-square-foot house. Their home had appreciated about 40% since they bought it four years ago, and they were tired of stepping on their two young children’s toys from a lack of space.

They toured several dozen houses priced in the low $300,000s, but they once got a call that a house they had looked at sold that night for more than the asking price. Mr. Treanor recalled the housing market “felt extremely hot.”

The couple decided in early March to buy a 2,800-square-foot newly built home. By the time they had made some repairs on their old house and put it up for sale in May, average 30-year mortgage rates had already risen to about 4.6% from 3.95% at the beginning of the year, according to Freddie Mac. “The market had died down,” Mr. Treanor said.

The house sat for months before they dropped the price by $16,000. “It was a mess,” Ms. Treanor said. The home finally sold in mid-October, five months after they put it on the market. 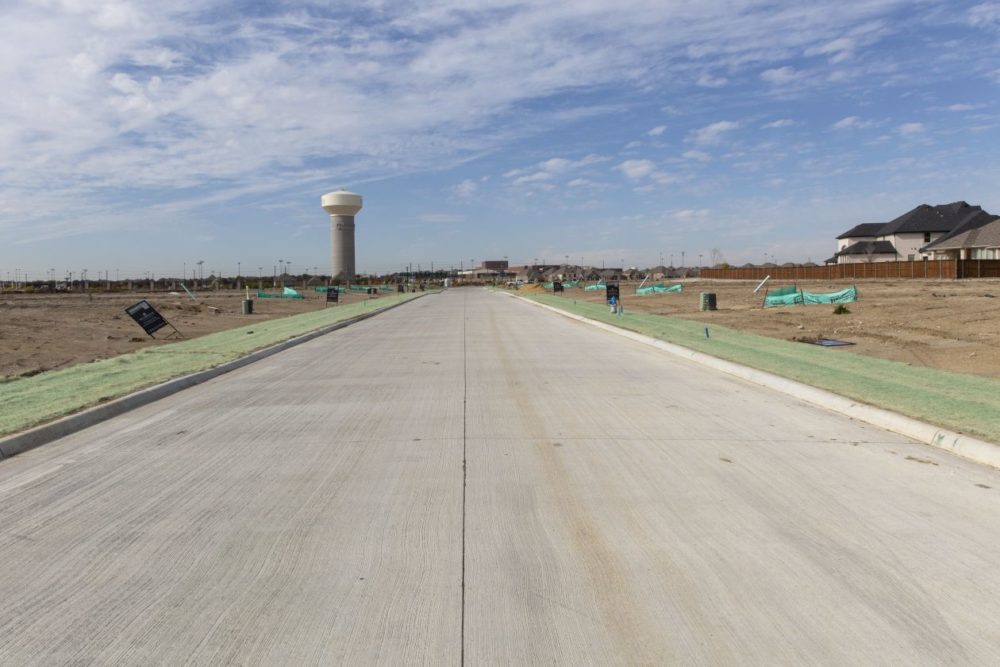 Empty Lots At The Edgestone At Legacy Development In Frisco.

Mortgage rates are closely tied to yields on 10-year Treasury notes, which have been going up sharply this year because of growing inflation fears.

“Some [buyers] are adjusting their budget. They’re shopping more for different mortgage companies,” said Amy Downs, a real-estate agent at Keller Williams Realty. “They still think they can find a lender that can get them a better rate, but it doesn’t really exist.”

Dallas is one of the markets where affordability has gotten furthest out of whack with historic norms. The metro area largely avoided the last housing boom, with home values from 1997 through 2006 rising a moderate 2.5% a year on average, according to Zillow. Builders would joke that they were “building for practice” in Dallas because margins were so thin, Ms. Shipp said. Since they were less inflated, home values in the Dallas area fell less than 10% during the last housing crash, compared with 26% for the U.S. as a whole.

But prices have shot up in the past five years, to $235,500 for the median home, more than 50% above their 2007 peak and in line with increases in places like San Francisco and Seattle, according to Zillow.

A shortage of land and labor, along with the loss of many smaller, regional builders during the downturn led to more constricted supply in recent years. At the same time, the local economy boomed, and the Dallas metro saw a wave of companies relocating their offices from California and other more expensive states. The metropolitan area has added roughly 100,000 jobs a year over the past five years.

The Dallas market is more sensitive to fluctuations in mortgage rates than other hot locations around the country. While cash buyers and large down payments have been king in the booming West Coast markets, the average household in Dallas finances 83% of its home purchase, slightly higher than the national average of 81%, according to Black Knight Inc., a mortgage data company. In San Francisco and Seattle, buyers on average finance 74% and 79% respectively. 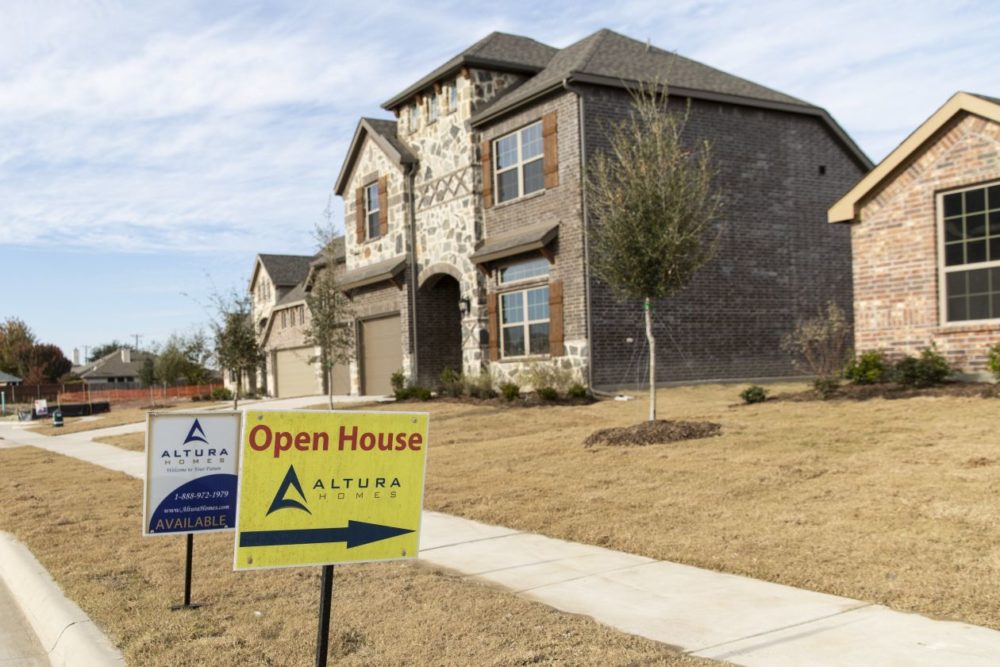 As mortgage rates rise, buyers increasingly look for less-expensive homes. That is pushing builders further out to the fringes in search of lower-cost land where they can try to build more homes priced at $300,000 or less. The median price for a new home in Dallas has dropped by some $3,000 this year compared with last year, according to Metrostudy, which suggests builders are building at lower price points.

That can be a risky strategy after the heat has already started to come out of the market. During the last downturn, it was precisely those exurban neighborhoods that got hit the earliest and the hardest as buyers migrated back to more desirable neighborhoods when prices fell.

The model home features few frills: no pool, no bathroom for each bedroom, no flashy off-site design studio to see decorating options, just some swatches and flooring samples in the garage of a model home.

Sales have been slow here, too, in recent months. Altura is offering to put money in at closing to help buyers lower their monthly payments. The rise in mortgage rates “has scared some people away,” said Kelly Hoodwin, vice president of sales and marketing at Altura Homes.

Donnie Evans, the company’s division president, said he wants to try to build even less-expensive homes. He believes there is demand for homes priced at less than $250,000 but said rising land, labor and material costs make that difficult. Buyers, accustomed to living in amenity-rich apartment buildings, also seem less willing to accept a no-frills option than they once were. “If we could get [prices] lower we could sell more houses,” he said. 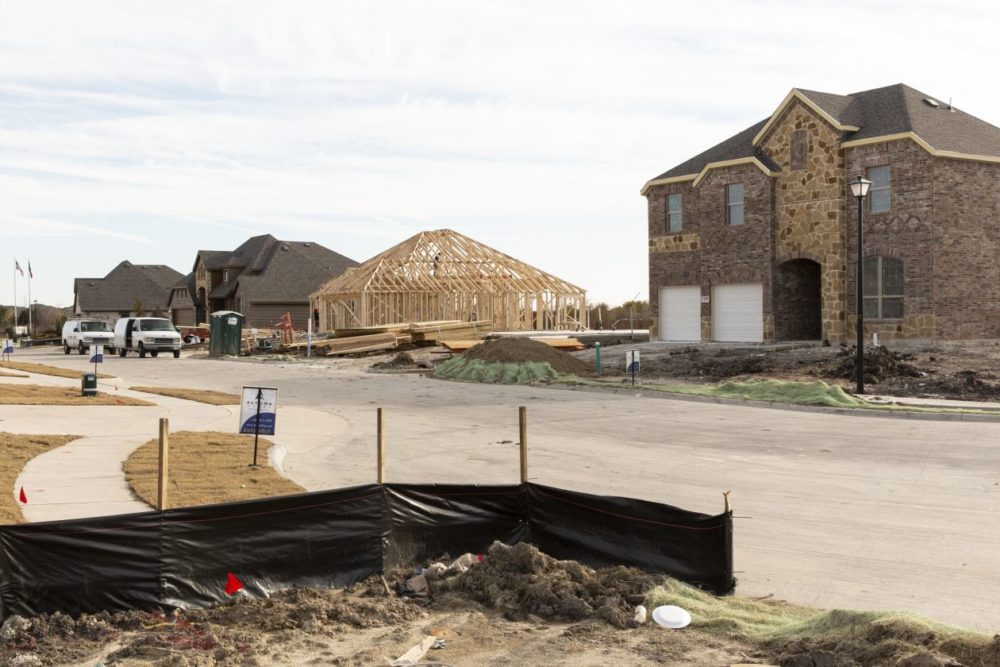 New Construction At Eagle Ridge, Which Is Being Developed By Altura Homes.

In contrast, supply is tight in the small slice of the market where homes are still priced below $200,000.

Real-estate agents say it is becoming tougher to persuade buyers to move and give up their sub-4% mortgage rates—which they fear they won’t see again. That combined with how much they would have to spend to trade up because of how much prices have risen in recent years has persuaded more people to simply stay put and renovate.

For now, buyers are enjoying having the upper hand. Doyle and Janice Eiler, a retired couple from Oklahoma City, recently purchased a new home in the northern Dallas suburbs. When Ms. Eiler walked into the home for the first time she started crying: The kitchen had far too little cupboard space.

The Eilers’ real-estate agent, Connie Durnal at Redfin, went to the home builder and demanded the company add additional cupboards without charge or the buyers might walk away.

The company agreed. “A year ago they wouldn’t have done that,” Ms. Durnal said.