United States Bitcoin ATM (‘BTM’) operator Coinme has entered a partnership to sell Bitcoin (BTC) at coin counting kiosks owned by Coinstar, the company confirmed in a press release Jan. 17. Bitcoin ATM Firm Coinme To Sell Bitcoin At Coinstar Coin Counting Machines
Coinme, which was the first BTM operator to receive a license in the U.S. in 2014, will reportedly add thousands of locations via the move, which has already seen integrations go live. 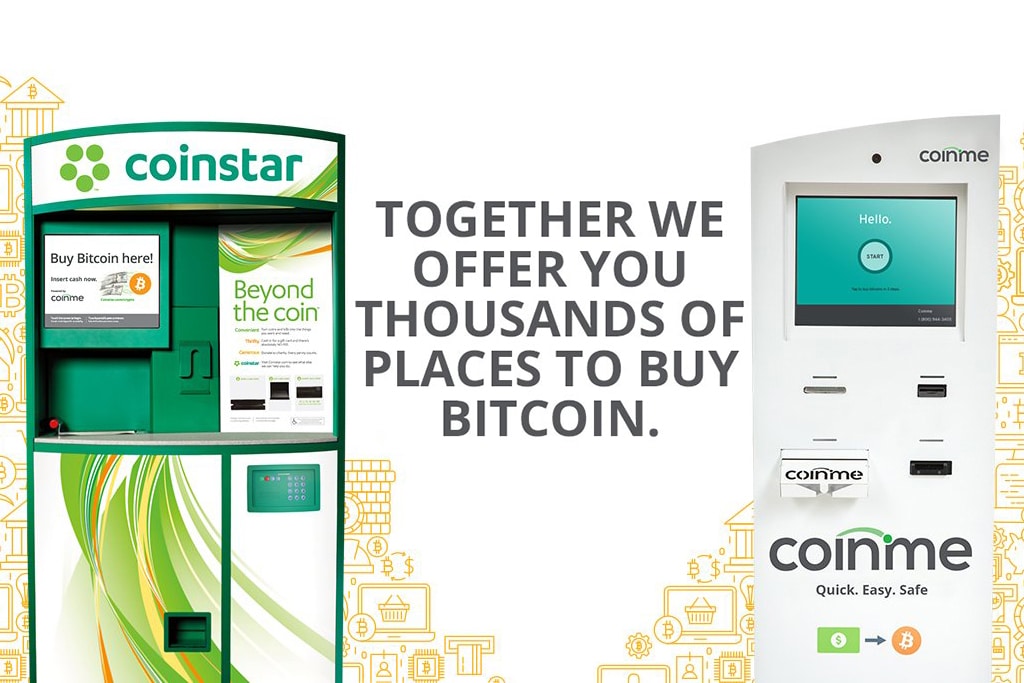 CEO and cofounder Neil Bergquist commented in the press release:
“Bitcoin is now accessible at your local grocery store via Coinstar kiosks, and this offering will make it even easier for consumers to participate in this dynamic new economy.”
Coinstar offers coin-to-cash conversion kiosks in various countries throughout the world. It remains unknown whether the Bitcoin feature will expand beyond the U.S., while the company did not provide figures on how many machines will offer it.
“Coinstar is always looking for new ways to offer value to our consumers when they visit our kiosks,” Coinstar CEO Jim Gaherity added.
According to industry monitoring resource CoinATMRadar, there were 4187 known BTMs worldwide as of Friday, of which 2516 (about 60 percent) were in the U.S.
The market has grown considerably in recent years, with various operators vying for control of what they believe will become a highly popular on-ramp for cryptocurrency usage.
A report published in September last year indicated that BTMs would grow to constitute a $144.5 million industry by 2023.
With increased presence comes increased risk, however, researchers last year also warning about the appearance of dedicated malware for the machines.

Supermarket kiosk chain Coinstar is expanding the footprint of its bitcoin-buying service to more than 2,000 locations in 19 different states.

The service, through a partnership with blockchain startup Coinme that offers individuals the ability to convert cash into bitcoin, has expanded from an initial 70 machines to some 2,100 different kiosks, Coinme announced Wednesday.

Further, while the partnership initially enabled kiosks in Albertsons and Safeway stores, customers can now access the buying option in Jewel, Shaw’s and Save Mart locations, according to a press release.

Coinstar CEO Jim Gaherity said in a statement that his company saw an “extremely positive” response to the initial announcement in January 2019. At the time, Coinstar announced that customers could purchase bitcoin using U.S. dollar bills, though coins would not be accepted for such transactions. The company imposed a $2,500 limit.

“We are incredibly pleased with this collaboration with Coinme and are eager to continue expanding to new markets in the coming months,” Gaherity added.

Crypto Craze Drew Them In; Fraud, In Many Cases, Emptied Their Pockets (#GotBitcoin?)

Declaring A National Emergency Could Give Trump Authority To Shutdown Your Bank Account (#GotBitcoin?)