How To Survive A Kidnapping

Anyone may be kidnapped or have a member of their family kidnapped. Unfortunately, most people don’t know how to deal with kidnappers or how to survive the ordeal if they themselves are kidnapped or taken hostage. Here are some easy steps so you can be prepared. How To Survive A Kidnapping 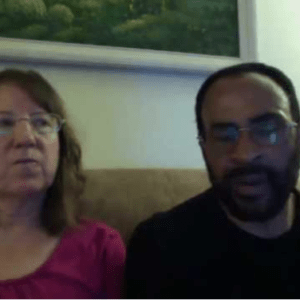 There’s a simple procedure for dealing with kidnappers: forget everything you’ve ever seen in the movies and go to the authorities for help. (They don’t do that in the movies or novels because it makes the plot too simple.) In real life, the experts know how to deal with kidnappers and can track them down. The authorities can get the kidnapped victim back if it is possible to do so IF you contact them right away at the first sign of trouble.

If you’re in the US, contact the local police (they’ll know where to go from there) and if you’re in a foreign country, contact your embassy.

If you are in danger of being kidnapped, you should be cautious about being in areas where you are unprotected and vulnerable. Don’t jog on roads or in a park (unless you can afford a body guard); avoid being on the streets by yourself. Get your exercise in a private area and only drive whenever possible.

Any threatening phone calls or letters should be reported to the police even if they appear to be a hoax. Even if the person who is harassing you is only perpetrating a hoax, he should be caught and punished. Many such hoaxes are often unstable and may become dangerous if they aren’t helped. Kidnappers and killers of well-known people have a history of mental problems and often have made numerous threats before actually carrying one of them out. Often family members of a kidnapping victim only learn of a kidnapping when the criminal calls to make his demands. If this happens to you or your family, it is essential that the person answering the phone learn as much as possible. Any clue may speed up the rescue of the kidnap victim. The person answering the phone must pay careful attention and take notes immediately before they forget any details (having a note pad by the phone is a good idea).

Do not demand to talk to the person that has been kidnapped. That’s Hollywood again. You may succeed in getting a family member beat up while you listen. Trying to force the criminal to do something when he’s keyed up is a good way to create more problems. Stay calm, get as many details as possible, and don’t make any threats or promises.

* If you are able to reach the family member, he or she must take measures to get into a safe area since the kidnappers may have made an error in timing and might still attempt the kidnapping. Calling the family member may give them a warning and time to thwart the soon-to-be-attempted crime.

* Shortly after being contacted, the police will arrive at your home to ask an array of questions which will aid them in saving your family member from harm. Again, remain calm and try to answer their questions to the best of your ability.

* When speaking to the police in your home, exclude any servants, maids, etc., from the discussion (probably the police will do this, but if not, then try to do so yourself).

* Too, the less each of the people who work for you knows about the police plans, the better. since it is remotely possible that one of the hired hands may be working in concert with the kidnappers. Keep any “inside” criminal involved in the kidnapping from sitting in on the plans being made by you and the police.

In hostage and kidnap situations, time is on the side of the victim. The longer a victim remains alive, the better his chances of surviving the ordeal (provided negotiations don’t break down). The first few minutes are often the deciding factor.

Chances of surviving are improved if the victim engages the kidnappers in small talk, etc. This will cause the criminals to see the victim as a person rather than a thing. Later on, this will make it harder for them to kill the victim if things get down to that. Getting on a talking basis could save the victim’s life.

Kidnapping victims should forget the tough-guy Hollywood acts they’ve seen and avoid antagonizing criminals; needling them will only make things worse and may ruin a chance to escape later on. Better to act the part of the “slave” rather than to go into a Dirty Harry routine.

The kidnapping victim should keep track of what is going on, what the kidnappers are doing, what they call themselves, how many of them there are, etc. This information may be needed to help in the victim’s escape or to later identify the kidnappers.

The kidnapping victim should not tell the criminals their demands can’t be met (nor should those who speak to the criminals during the initial phone call). Telling them that may make them panic and kill their victim!

While the victim should act passive, he should be careful that he doesn’t pass up a chance to escape if it presents itself. Usually after the initial first hours of the kidnapping the criminals will become careless if the victim has shown no signs of trying to escape. Unless the kidnapping victim is in immediate danger, he should bide his time and wait for a slip-up among the criminals and then use the opportunity to escape.

Victims of a kidnapping sometimes start identifying with the criminals after being around them for a while. Work to combat this bonding if you are a victim of a kidnapping.

If you and/or your family work with the police, you should be able to get a family member back unharmed and capture the criminals as well.

Sometimes a hostage situation will occur during a crime or a terrorist attack. Though the chances of this happening to a person are very, very remote, it doesn’t hurt to know what to do.

Your chances of surviving the ordeal are excellent provided you survive the first hours of the situation.

You may find that you are having to keep the hostage takers calm if you are a hostage. Again, being a “tough guy” is a good way to get killed in a hostage situation. Stay calm, don’t make trouble, and let the authorities bring in the people who are trained to deal with terrorists. If you can just keep a hostage taker from doing anything crazy the first few minutes of the situation, you can probably survive it.

You should try to remain a part of the group that is being held hostage. Don’t stick out or you may be singled out. If you have a lot of money or are famous, don’t let the hostagetaker know it or he’ll try to use you for a bargaining chip.

1. Sometimes hostages overpowered the criminals involved. This is certainly admirable, but also quite dangerous. If you are going to try such a self-rescue, be sure that you know how many criminals there are and be sure you can overpower them. Things could get a little tense if you try to overpower them and fail. Unless you are in danger of being killed momentarily, it is usually better not to try to overwhelm a group of terrorists.

If the hostage takers start making threats on the lives of the hostages or acting in a bizarre manner, you should start thinking about ways to run for freedom and try to keep as far as possible from the members of the terrorist group. This will help keep you from “being there” if a terrorist vents his anger and will also keep you out of the line of fire if the authorities come in shooting or have a sniper end the situation.

If a rescue is attempted, hit the floor unless the authorities instruct you to do otherwise. Don’t try to pick up a criminal’s weapon or pull out one of your own if you have one concealed on your person. Doing so will get you killed; teams trained to rescue hostages have to operate by reflex. Anti-terrorist teams are trained to shoot anyone with a weapon without trying to otherwise identify them. You’ll be mistaken for one of the criminals and will undoubtedly be shot if you’re standing there with a weapon.

You can survive being a hostage or kidnap victim IF you are careful and know exactly what to do.

* Children need to be taught to be cautious and to be a little suspicious of strangers (care must be taken, of course, not to turn your child into a paranoid). The goal of most parents is to get their child to be outgoing and friendly with strangers; this can be a big mistake. Teach your child to be careful.

* If they’re small, don’t let children play in the yard where you can’t watch them and be sure the bedrooms for each of your family members are well out of an area where a person could easily break into it (having your bedrooms on the second story of a house makes a lot of sense).

* The rich are more apt to suffer from a kidnapping which is designed to generate a ransom. If you are rich or famous, then the chances are better than average that you or a member of your family may be a kidnap victim.

* Keep a low profile and don’t let newspapers, magazines, or TV crews get pictures of you or family members (such pictures make it easy for would-be kidnappers to identify you).

* On the job, you should be careful not to have your name displayed on reserved parking areas and you should try to vary your schedule and route that you take to and from work.

* There is a chance that if you just pretend you are weak and don’t do much the kidnappers will be more careless and that will give you at least a chance to escape.

* When the SWAT/ETF/SRU/ETU/HRT team arrives stay moderately hidden because it will hide you from the hostage takers and will keep you visible to the rescuers.

* Too many parents leave children alone in the house or in a car. While this practice was relatively safe ten years ago, it no longer is.

* Care should be taken when picking out baby sitters; a baby sitter has a lot of responsibility. You should consider things other than the cost of the sitter when you’re hiring someone to look after a child. Older children are not always good baby sitters; find out about a baby sitter BEFORE you leave your children with them.