Squeezing The Most Out of Your Digital Video Recording System 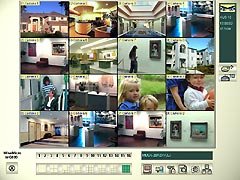 Squeezing The Most Out of Your Digital Video Recording System

Most companies are not getting all they can out of their DVRs (DIGITAL VIDEO RECORDING SYSTEMS). This is either because they are using outdated technology, they haven’t been told how to use all of the features their systems possess or they simply do not have their systems set up in the best possible manner. Squeezing The Most Out of Your Digital Video Recording System

Following are a few tips on how to optimize a DVR and get the most out of your system.

In the past, surveillance equipment allowed employees with access codes to retrieve the same data as a store manager or owner. Today’s access-code technology, however, allows owners to restrict specific information from employees using certain codes.

Purchase equipment featuring the latest technology. It is well worth the money spent to purchase the most up-to-date surveillance equipment. A few examples:

Access Codes. In the past, surveillance equipment allowed employees with access codes to retrieve the same data as a manager or owner. Today’s access-code technology, however, allows owners to restrict specific information from employees using certain codes. For example, a manager who was once able to access the surveillance camera in his or her own office can be prevented from doing so.

Computer Security. With a growing number of people becoming computer savvy, it is harder for owners to ensure the security of their surveillance system when they are using outdated technology. On the other hand, modern technology exists that allows for Windows features, such as CTRL-ALT-DEL to be disarmed, thus avoiding system shutdowns by unauthorized people. This same technology can restrict Internet access, avoiding employee time spent surfing the Web when they should instead be processing orders.

Silent Send. The technology used in today’s DVRs allows for a “silent send” — this is a copy of any information being downloaded to a back-up disk and sent to a designated area such as a file on the network main-frame. Owners now have the ability to record any backups being made by their employees.

DVRs. Modern DVRs include internal and external monitoring systems that will tell the owner or manager how many days of recording time are being stored on the DVR. They also can send an e-mail message to the owner or manager if they are no longer receiving a signal from a surveillance camera, eliminating hours or even days, of lost footage.

Higher-Resolution Cameras. Megapixel cameras allow owners to capture license plate numbers of customers at their gas pumps and other details normally lost with standard cameras, which have only between 300 and 500 TV lines of resolution. PTZ cameras have to manually jump to location and optically zoom, plus they capture an image at 640 x 480 resolution and can only look in one direction at a time. Mega-pixel cameras, on the other hand, have resolution of 1,600 x 1,200 and greater. Because these cameras zoom digitally, the entire picture is intact and available, giving both detail on zoom and wide area shots when not zoomed. With megapixel cameras, there is no chance of losing the shot.

Get a quality picture of each customer or employee’s face at his or her point of entry. Many times, bldg.

surveillance systems are set up to grasp only an overview of the premises. In such cases, potential thieves will become familiar with camera locations and take specific steps to ensure that the overview cameras do not capture a quality image of their face (i.e. by wearing baseball caps or keeping their bodies angled at a certain position). This creates an obvious problem when owners need to use surveillance videos as evidence in a court of law.

When owners capture a quality facial picture of each customer or employee at the point of entry, they are then able to use overview shots as evidence against thieves, vandals and others based on clothing and other general descriptions from the point of entry and camera.

Integrate Registers with Cameras and DVRs. Recording the register area and coding the surveillance video when no-sale and void transactions occur, allows retail owners to quickly search for and review employee activity during these types of transactions. Combined with megapixel cameras, owners can then review the exact currency being handled by the employee, cutting back on friend discounts and outright theft.

Switch to broadband networks such as cable, DSL or T1 connections. Modems cannot handle the high-quality images being sent by modern surveillance cameras. Trying to use a modem for remote viewing is nearly impossible. When using a cable, DSL or T1 connection, managers and owners can review employee or customer activity from remote locations without losing photo quality.

Replace Hubs with Switches. The 10 MB transmittal speed of network hubs and the fact that hubs send data from each computer to all ports on the hub, can cause issues with the DVR recording IP cameras, while possibly causing delays in video speeds and network congestion.

In fact, hubs can create a 30- to 40-percent loss of video streaming on congested networks. By replacing hubs with switches, which create a virtual one-on-one connection from surveillance camera to DVR or from the DVR to the remote client, owners can increase video streaming from one to as many as 30 images per second, depending on network speed. Owners also may find that other internal software using the network increase in speed, as well. 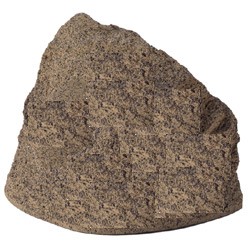 DVRs are great collectors of dust and other environmental debris, which can greatly affect their output. In most environments, DVRs should be cleaned at least once a month. In some environments, however, where more particles are floating in the air, cleanings should be done as regularly as every three weeks.

In addition to cleaning the DVRs, owners should be careful where the DVRs are stored. Storing a DVR next to or close to high-amp electric lines will create lines and other disturbances in the recording. It also is important to make sure that DVRs have a proper amount of ventilation to ensure they are working at the optimum level of electronic efficiency.

Research Suppliers. Not all equipment suppliers will provide owners with technical advice and customer service. In fact, some are happy to sell their equipment — regardless of whether or not a specific product is the best-suited equipment for the surveillance environment — and leave the owner to a trial-and-error process of learning how to use that equipment.

When an owner decides that he or she is ready to update the surveillance system, they should contact reputable suppliers. An owner can even go so far as to ask if tech support will be provided, or if paid support will be made available as needed, and at what price.