The First Film From The Obamas’ Production Company Is Fantastic!

If their first film from is any indication, more fantastic movies and shows are on the way from former President Barack and Michelle Obama’s new production company.  The First Film From The Obamas’ Production Company Is Fantastic! 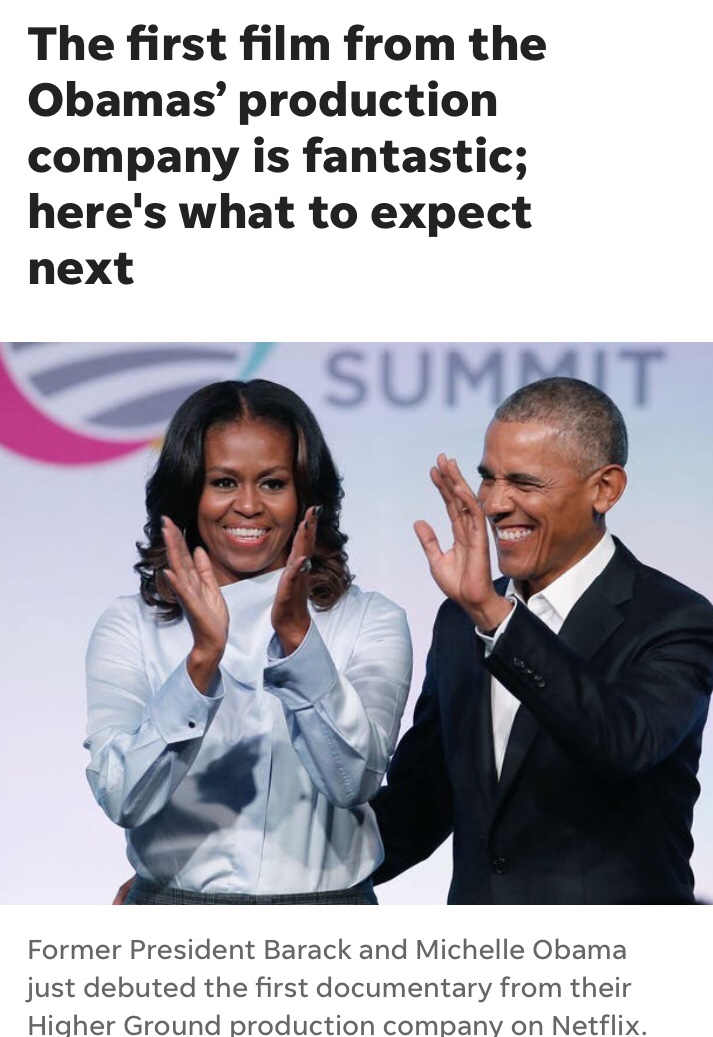 The Obamas launched Higher Ground Productions last spring in partnership with Netflix, promising a company that would “harness the power of storytelling” and touch on “issues of race and class, democracy and civil rights, and much more.”

“American Factory,” the first title from Higher Ground, is available now on the streaming service. It manages to make good on the Obamas’ pledge, which is a promising sign for what’s to come.

The documentary, which won a directing award earlier this year at Sundance Film Festival, tells the story of how a Chinese billionaire opens a glass factory in a former General Motors plant in Dayton, Ohio, and hires both American and Chinese people to work there. The film looks at how their cultures clash (with the Chinese workers getting lessons in how Americans are overconfident and need to be praised), how the workers are taken advantage of by management (they’re convinced not to join a union for the security of their jobs) and how automation could take many of their jobs.

Through the emotional stories of some of the workers, and even the billionaire chairman himself, the documentary winds up being funny, shocking, upsetting and eye-opening. The film works well without a central narrator, allowing the people themselves to tell their stories. There’s also plenty of How did they get that?! insider footage, courtesy of Dayton-based co-filmmakers Julia Reichert and Steven Bognar.

At almost two hours, the documentary doesn’t drag. Instead, it sets an impressive precedent for the Obamas’ forthcoming projects.

What else does Higher Ground have in the works? Here’s what’s planned so far:

An anthology series about unnoticed deaths: “Overlooked” will be a scripted show adapted from The New York Times’ column of the same name that looks to correct the issue of obituaries primarily being written about white men.

A traveling kids’ food show: “Listen to Your Vegetables & Eat Your Parents” is a half-hour preschool series from creators Jeremy Konner (“Drunk History”) and Erika Thormahlen that will tell the story of food.

A Michael Lewis nonfiction series: The show will be based on “The Fifth Risk: Undoing Democracy,” the book by the best-selling “Moneyball” and “The Big Short” writer about everyday heroes safeguarding the nation.

A documentary about camp for disabled teenagers: “Crip Camp” will tell the story of how a ramshackle summer camp down the road from Woodstock transformed young lives in the early ’70s.