Saudi Woman, “If I Don’t Make It, Please Don’t Let The World Forget Me,” She Wrote In One Message (#GotBitcoin?) 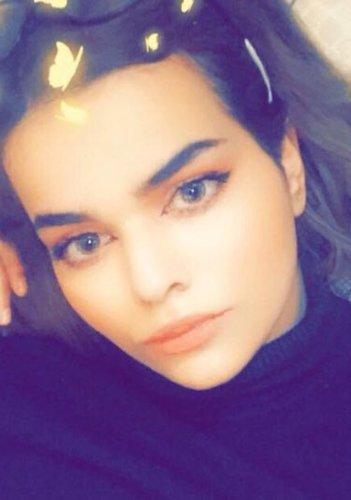 Rahaf Mohammed Alqunun barricaded herself in her room at a transit hotel at a Bangkok airport. Saudi Woman, “If I Don’t Make It, Please Don’t Let The World Forget Me,” She Wrote In One Message

A young Saudi woman who renounced Islam and fled her family barricaded herself in her room at a transit hotel at a Bangkok airport to avoid being deported from Thailand on Monday, but her fate remains unclear.

Rahaf Mohammed Alqunun, who is 18, arrived at the airport on Saturday. She said in interviews and told officials that she intended to fly on to Australia, where she planned to ask for asylum. 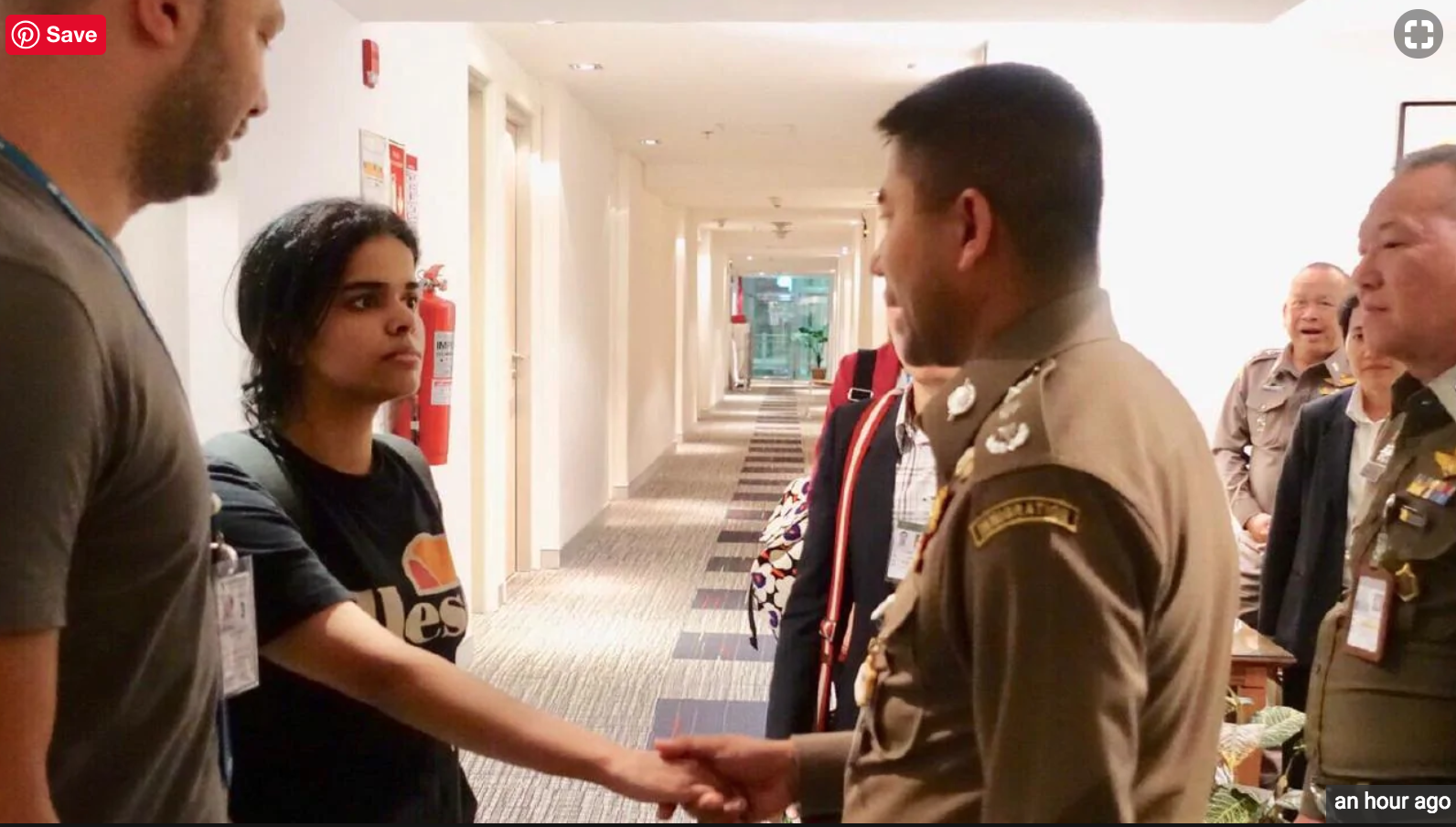 But as the 11:15 a.m. departure time approached, Ms. Alqunun barricaded herself in her room at an airport transit hotel and filmed a video on her phone where she asked to speak with the United Nations. “I want asylum,” she said.

Ms. Alqunun’s bid to flee her family has cast a spotlight on the restrictions facing Saudi women, including rules preventing them from traveling without the permission of a male guardian. Ms. Alqunun said that is why she boarded a flight in Kuwait, which doesn’t enforce male guardianship.

Human-rights officials said Saudi Arabia has a pattern of working with foreign governments to forcibly return women trying to flee the country.

Dina Ali Lasloom, for instance, was held for 13 hours in a Manila airport terminal in 2017 while trying to get to Australia to escape a forced marriage. She was later taken back to Saudi Arabia by men she identified to another passenger as her uncles and hasn’t been heard from since.

Ms. Aqunun’s plight has transfixed people around the world since she began tweeting about it early on Sunday, stirring calls of support and, in some cases, threats of violence. It also comes as Saudi Arabia faces increased scrutiny over its investigation into the murder of Saudi dissident journalist Jamal Khashoggi, who was killed in the Saudi consultate in Istanbul in Turkey.

Ms. Alqunun said she feared her family would kill her if she was sent back to Kuwait and then to Saudi Arabia, where her father is a senior official.

“I’m an atheist,” Ms. Alqunun said in an interview. “They didn’t know, but if they did they would have killed me. I guess they know now.”

“Saudi women fleeing their families can face severe violence from relatives, deprivation of liberty and other serious harm if returned against their will,” said Michael Page, the deputy Middle East director at Human Rights Watch. “Thai authorities should immediately halt any deportation, and either allow her to continue her travel to Australia or permit her to remain in Thailand to seek protection as a refugee.”

Ms. Alqunun hasn’t been able to meet with representatives with the U.N. refugee agency, which dispatched a team to the airport to assist her. Thai officials didn’t immediately respond to requests for comment, and her family couldn’t be reached for comment.

Saudi Arabia’s embassy in Bangkok said she was being returned for failing to meet immigration requirements for obtaining a visa on arrival such as a return flight or a detailed itinerary and denied that her passport had been seized.

Human-rights advocates warned that she might still be placed on a later flight. Lawyers working with Human Rights Watch filed an injunction on Monday to prevent her from being deported, but it was rejected by Bangkok Criminal Court.

Ms. Alqunun has appealed for help from several countries, including the U.S., Canada, Australia and several European nations.

In the interview, she said she had once been locked in a room for six months for cutting her hair. “I want to live a normal life so that I can be respected,” she said. “That’s why I flee.”

Saudi officials forcibly take her passport in Bangkok, she says, after intercepting her en route to Australia.

A Saudi woman who planned to seek asylum in Australia said she feared she would be killed if returned to her family after authorities intercepted her in transit in Bangkok.

Rahaf Mohammed Alqunun, 18, who said she had renounced Islam, arrived in Thailand from Kuwait on Jan. 5 intending to catch her next flight on to Australia to escape what she described as an abusive home. Instead, she said, Saudi officials forcibly took her passport from her and escorted her to a transit hotel at Suvarnabhumi International Airport , where she was told she would be put on a plane back to Kuwait on Monday.

Thai authorities confirmed that Ms. Alqunun would be sent back to Kuwait, where she had left her family during a vacation but denied knowing anything about her passport being taken.

Dina Ali Lasloom, 24, was held for 13 hours in Manila airport in 2017 while trying to get to Australia to escape a forced marriage. She was later taken back to Saudi Arabia by men she identified to another passenger as her uncles. 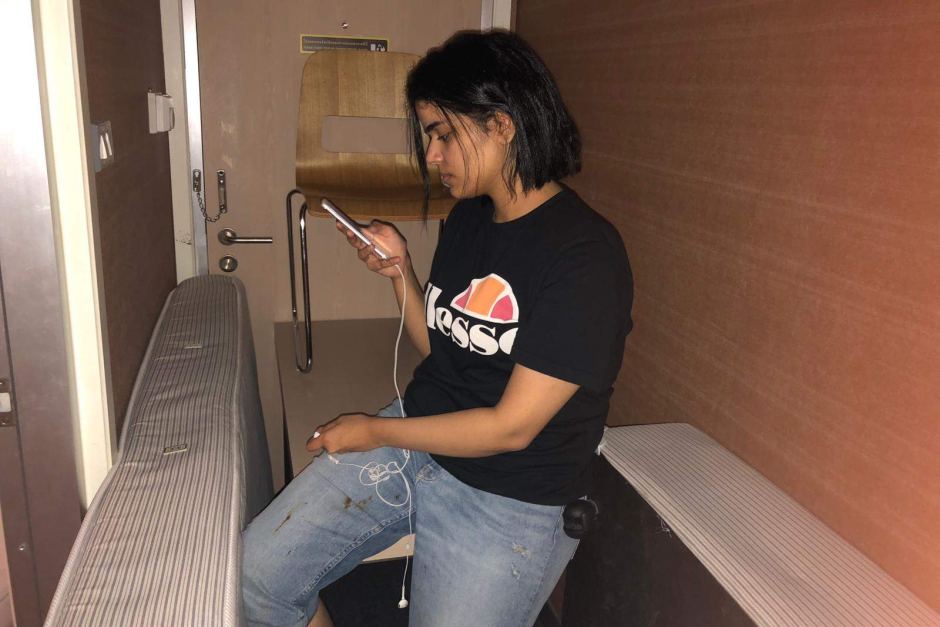 In some instances, Saudi women fleeing their families can fall victim to so-called honor violence or suffer other repercussions if they are forced home against their will, human-rights officials said.

The chief of Thailand’s immigration police, Surachate Hakparn, described Ms. Alqunun’s case as a family issue and said she didn’t have the necessary documents to enter Thailand. Saudi Arabia’s embassy in Bangkok released a statement saying Ms. Alqunun was being returned for failing to meet Thai immigration requirements.

Ms. Alqunun, however, said in a private interview via Twitter that she had a visa for Australia and didn’t intend to enter Thailand but instead catch her next flight to Australia where she planned to seek asylum.

In a private message exchange on Twitter, she described herself as an atheist and said that she was certain she would be killed if she were sent home after airing her plight. She said she had once been locked in a room for six months for cutting her hair. “I want to live a normal life so that I can be respected,” she said. “That’s why I flee.”

Shortly after she said her passport was taken, she went on Twitter in a plea for help. She uploaded a picture of her passport, and wrote that she was afraid that her family would kill her.

Ms. Alqunun also posted on Twitter several videos shot in and around her room at the airport hotel. At one point she attempted to barricade herself inside the room as the clock ticked down to her departure.

Woman had barricaded herself in a hotel room and posted about her situation on Twitter.

Canada will grant refugee status to a young Saudi woman who renounced Islam and barricaded herself in a Bangkok airport hotel to avoid being deported, a decision that threatens to heighten tensions between Ottawa and Riyadh.

Rahaf Mohammed Alqunun, who is 18 years old, attracted international attention this week after she posted on Twitter that Saudi officials at a Bangkok airport had seized her passport. Ms. Alqunun arrived in Bangkok on Jan. 5 after slipping away from her family during a vacation in Kuwait.

During the standoff, Ms. Alqunun told media outlets that she had intended to fly to Australia, and was afraid her family would kill her if she was sent back to the Middle East. She also asked Canada to grant her asylum in a series of messages on Twitter that quickly went viral in an improvised social-media campaign to ensure her safety.

Canadian Prime Minister Justin Trudeau said Friday Canada granted her asylum at the U.N.’s request. “That is something that we are pleased to do because Canada is a country that understands how important it is to stand up for human rights, to stand up for women’s rights around the world,” Mr. Trudeau said at a news conference in Regina, Saskatchewan.

Representatives from the Saudi government and the Saudi embassy in Canada didn’t immediately respond to requests for comment on Friday.

Relations between Ottawa and Riyadh have been strained since last August, when Canada’s foreign ministry sent a tweet calling on Saudi officials to immediately release human-rights activists who had been jailed.

Saudi Arabia said at the time that it viewed those remarks, which were also translated into Arabic, as an unacceptable interference in its internal affairs. It expelled Canada’s ambassador to the kingdom and instructed Saudi students in Canada to make arrangements to leave.

Canada is also among several countries that have called for an investigation into the death of Saudi journalist Jamal Khashoggi, who was killed at the Saudi consulate in Turkey last year.

“We really can’t go lower in terms of the relationship” between Canada and Saudi Arabia, said Bessma Momani, a senior fellow at the Center for International Governance Innovation in Waterloo, Ontario.

The UNHCR said Friday it welcomes Canada’s decision, adding that Ms. Alqunun was en route to Canada. No other details about her arrival were available. The agency said it accelerated processing of Ms. Alqunun’s case because it was deemed urgent.

Ms. Alqunun boarded a flight to Seoul late on Friday evening and she was then scheduled to fly to Toronto, Thailand’s immigration chief said at a news conference at Bangkok’s main airport. The official, Police General Surachate Hakparn, described her as determined. “She chose Canada for personal reasons. She told me the first thing she wants to do when she arrives in Canada is to learn the language,” Gen. Surachate said.

Gen. Surachate said both Canadian and Australian representatives interviewed Ms. Alqunun after a UNHCR official designated her a refugee, but that she chose Canada. Her father and brother flew to Thailand in a bid to persuade authorities to return Ms. Alqunun to them.

She previously described in a Twitter message exchange how her family had locked her in a room for six months for cutting her hair. She said she longed to escape Saudi Arabia’s strict, patriarchal culture, pointing to the discrimination women continue to face there.

Gen. Surachate said Ms. Alqunun’s father, whom he described as a provincial governor, denied abusing her.

Ms. Momani said there appears to be popular support in Canada for accepting Ms. Alqunun as a refugee, and the decision to do so could reflect well on Mr. Trudeau’s Liberal government, which has prided itself on taking a feminist and human-rights approach to foreign policy.