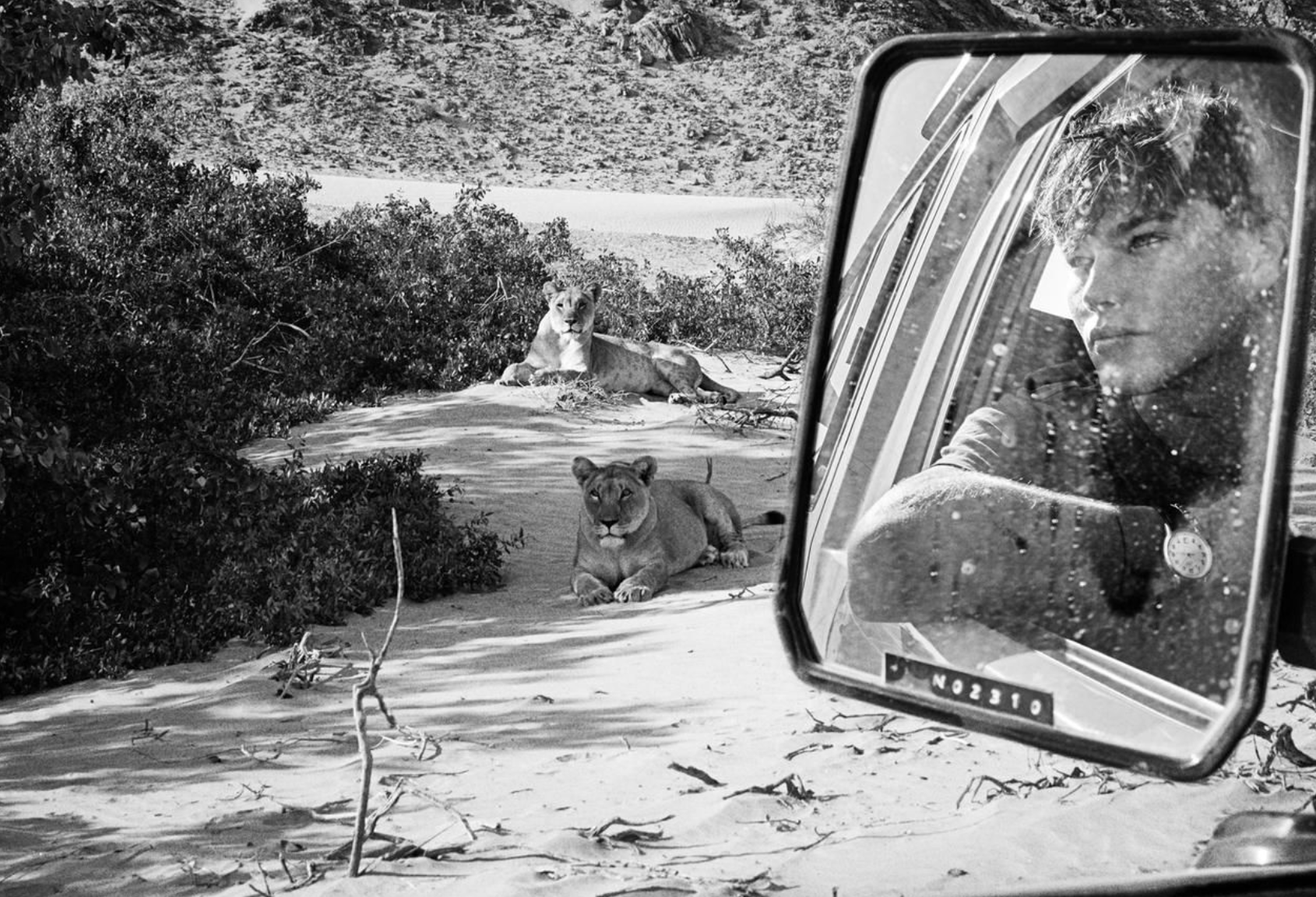 On Jordan Barrett’s first trip to Africa last year to visit an elephant reserve in Samburu, Kenya, he arrived with only a tuxedo. The model had come straight from the Cannes Film Festival, and his luggage got lost en route.

For Barrett’s second trip, this past February, he was outfitted more appropriately, having stockpiled enough army surplus khakis and cargoes to carry him through two weeks on Namibia’s Skeleton Coast tracking desert lions—of the 20,000 wild lions left in Africa, there are only 150 desert lions—on a trip coordinated in part by the Wildlife Conservation Network (WCN). The 22-year-old Australian, who has fronted campaigns for Tom Ford and Versace, is adding ambassador of the WCN’s Lion Recovery Fund (LRF) to his résumé. 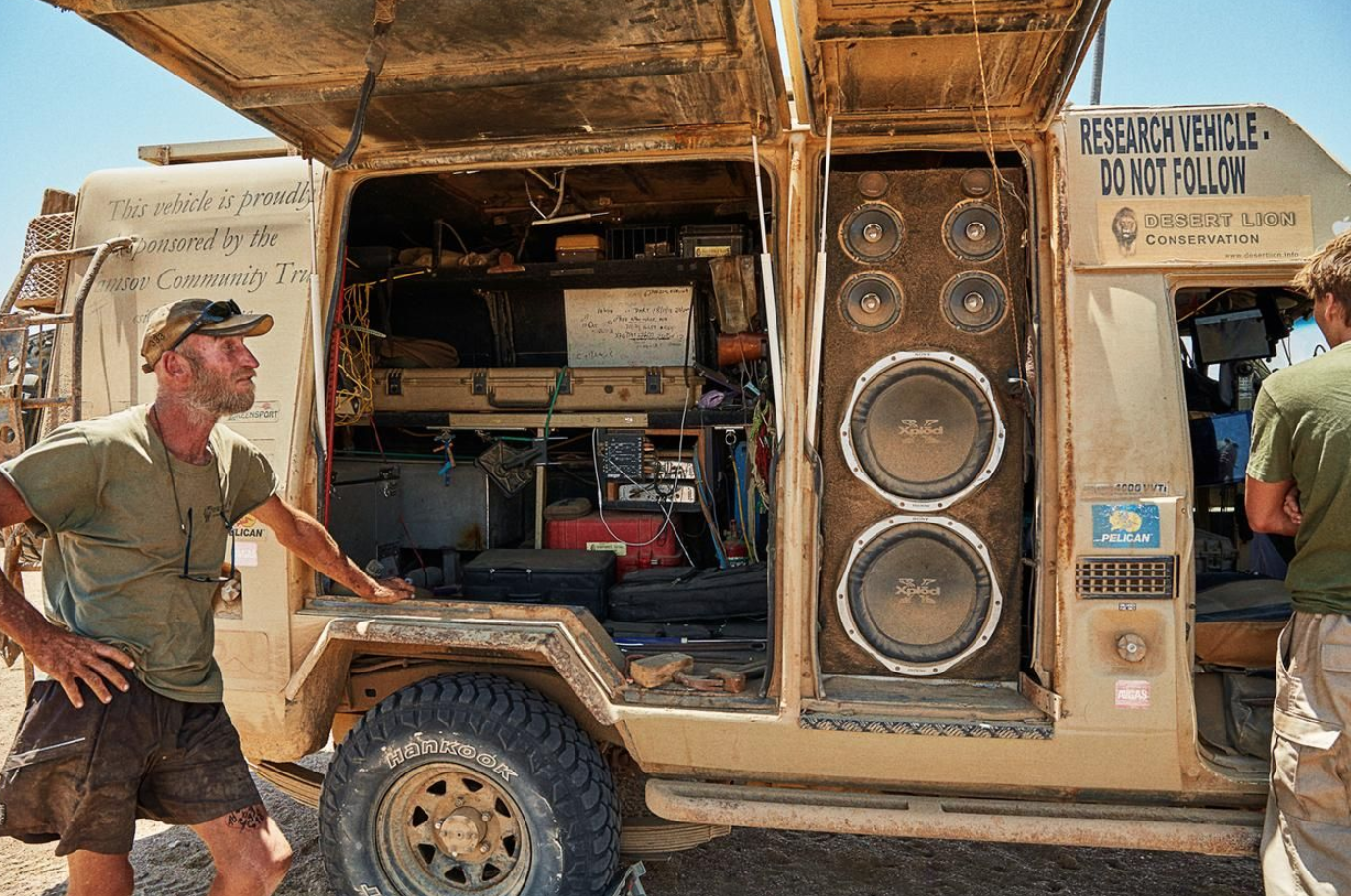 This is not the traditional profile of a conservation activist, but savvy philanthropies in this once-staid sector are trying new ways to appeal to young donors. At the forefront of the shift are organizations like the Bay Area–based WCN, which supports local groups in 35 sub-Saharan countries. Others include WildAid, which battles wildlife poaching and trafficking, and the Sheldrick Wildlife Trust, which rescues and rehabilitates orphaned elephants and rhinos.

“Conservation rhymes with National Geographic and old people. It’s a 40-year-old-plus, wealthy audience,” says David Bonnouvrier, the CEO and co-founder of DNA Models and one of the architects behind this latest push. He was inspired to align with WCN after a trip to the Samburu National Reserve in Kenya with his partner, former model Trish Goff. 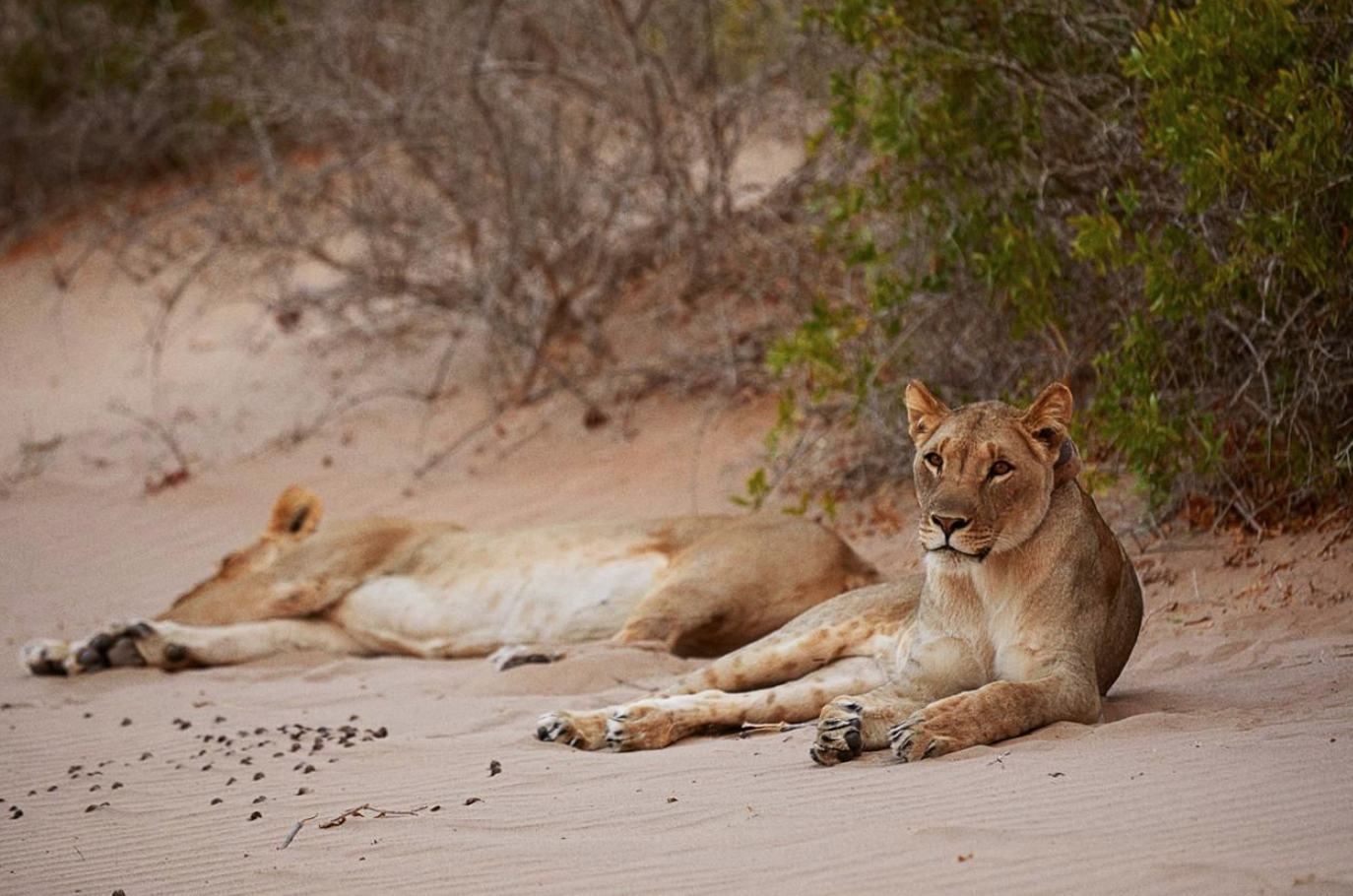 Pride & Prejudice Only 150 Desert Lions Remain In Namibia’s Skeleton Coast Region. Stander Is Studying These Two Females (Note The Tracking Collar On The Lion At Right).

“I think the appeal is there,” says WCN co-founder Charles Knowles, a retired tech entrepreneur, “but the money hasn’t followed.” According to the 2018 Giving USA report, $410 billion was donated to charities in the U.S., but only three percent of that went to “environment and animal organizations.”

By eliminating timeworn direct mailers and stuffed-animal sales and replacing them with slick, attention-grabbing social-media campaigns and brand partnerships, organizations like WCN are trying to change that.

WCN is “a venture capital fund for wildlife,” says Knowles, who thinks that traditionally structured charities can be bloated by overhead. “I saw that there was really a hunger by philanthropists to be able to give money [in a way] that was very transparent. 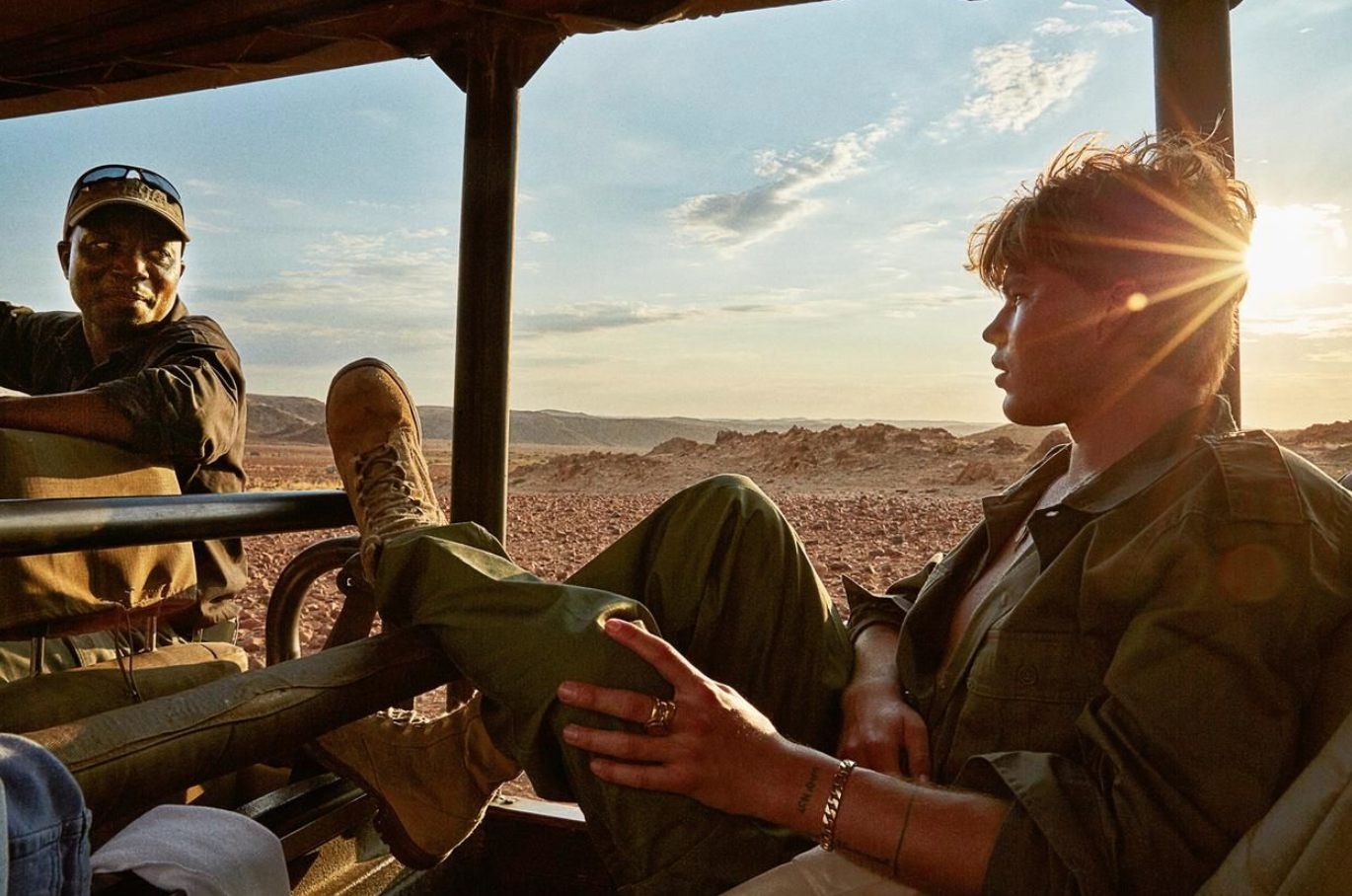 They wanted to know where it was going and know it’s going to have impact.” Thanks to a handful of donors who cover overhead costs, WCN promises 100 percent of species-specific donations go to on-the-ground programs. It’s an effective fundraising tactic, pioneered by the Robin Hood foundation and also used by organizations such as Charity: Water, as a way of converting donors who desire accountability, efficiency and maximum impact.

“Millennials are used to being really connected to the products and services we engage with,” says Ashley Post, a communications manager at Charity Navigator, the charity watchdog website. “We’re used to living in such a data-driven world that we should be able to say, ‘I gave this money to this education charity; exactly how many pencils were you able to buy for that classroom?’ Because you can get that with everything else. 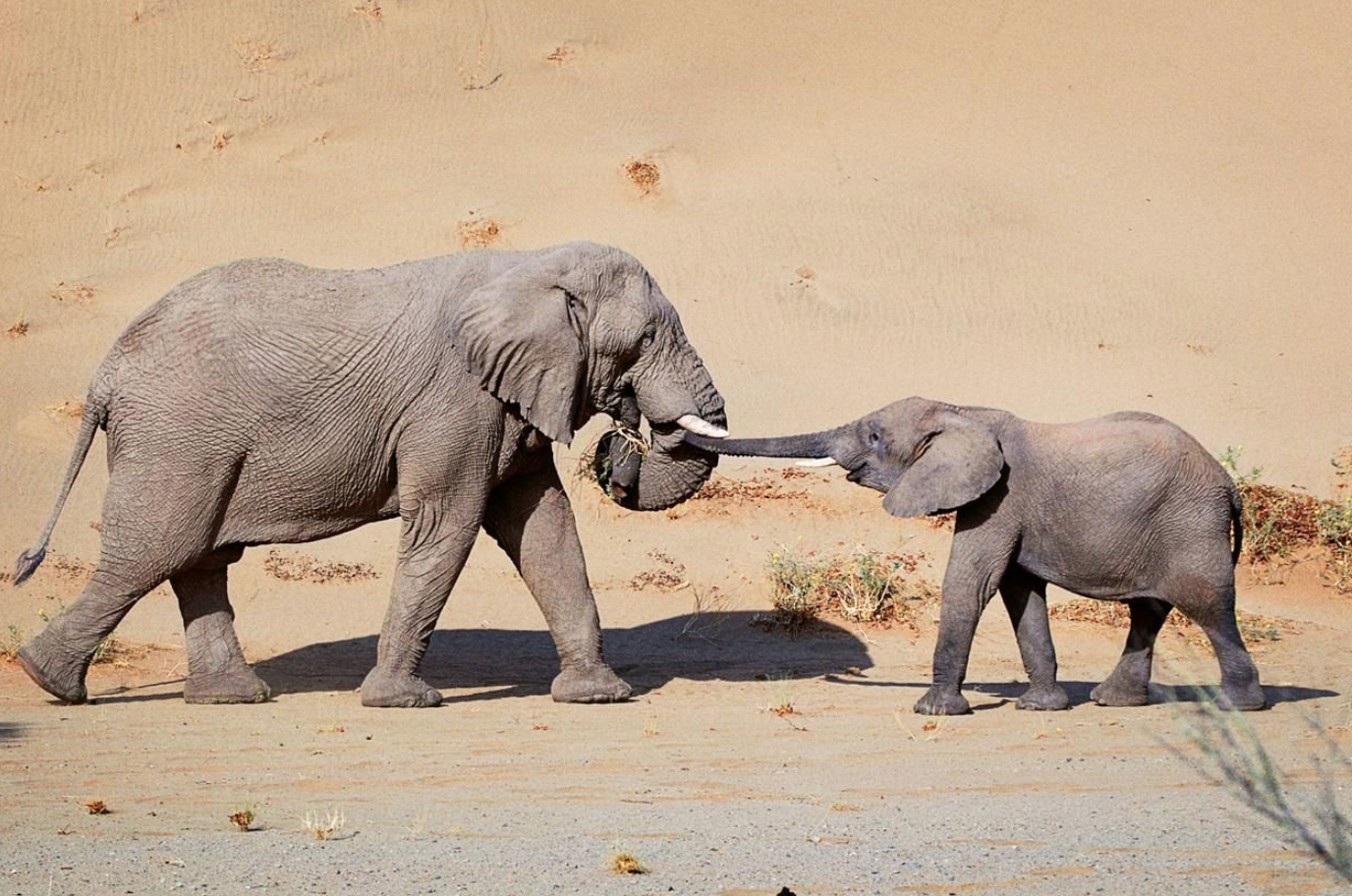 Trunk Show An African Savanna Elephant And Her Calf In Damaraland, Namibia.

“I think an organization’s ability to activate younger people is extremely important—starting to establish that value now so that when they have more means to donate later on they’ll already feel connected to that cause,” she says.

With more than 1.5 million nonprofits registered in the U.S. alone, getting and keeping a young person’s attention is a constant battle. “Millennials don’t care about the DNA makeup of a rhino,” Bonnouvrier says. “What they want to know is that it’s going to disappear. That’s it.” In turn, social media garners attention but rarely rallies significant funds. “The rate of conversion of any online campaign is a fraction of a fraction,” says Bonnouvrier. But today’s Instagram likes are tomorrow’s donations.

So in early 2016, Bonnouvrier and Goff brought on branding agency You & Mr. Jones to help with WCN’s Elephant Crisis Fund. They came up with a hashtag—#KnotOnMyPlanet—and enlisted model Doutzen Kroes (Bonnouvrier’s client at his agency, DNA) to be the face and voice of the initiative.

Bonnouvrier and Goff also presented the project to Tiffany & Co., which ended up donating $100,000 in support of #KnotOnMyPlanet and also hosted events in support of WCN projects.

The #KnotOnMyPlanet campaign yielded 1.5 billion media impressions in the first week, while Tiffany debuted a collection featuring tiny silver and rose-gold elephant charms. The collection, named Save the Wild, has raised $5 million for WCN since 2017.

“Consumers these days have so much power,” says Anisa Kamadoli Costa, chief sustainability officer for Tiffany, “and they understand that power.” While Tiffany’s foundation has a long history of environmental and conservation philanthropy, this initiative came from the brand side, an important marker of the shift in focus on philanthropy as a sales-and-marketing tool. Until this collection,

Tiffany had shied away from “cause marketing,” the trend of offering a product that is tied to a specific social cause, because a typical approach of donating as little as 10 percent of the profits “didn’t feel right” to the company, says Kamadoli Costa. However, when the Knot on My Planet opportunity was presented, remembers Kamadoli Costa, “We were like, ‘OK, if we’re going to do this, we’re going to do this right and make it authentic.’ And that’s how we came to the 100 percent.”

The same game plan has now been replicated for the Lion Recovery Fund, with Barrett as official ambassador, and Tiffany launched a new lion charm. In February, Barrett, who is known in the fashion industry for his feline cheekbones and his unruly mane, shipped off to Namibia with a friend, New York–based photographer Gray Sorrenti, who documented the expedition on her Canon 5D. Another friend of Barrett’s, the actress Michelle Rodriguez, helped fund the trip. Further support came from

Ultimate Safaris and Wilderness Safaris, two safari ecotourism companies that cofounded the Lionscape Coalition, along with Singita and &Beyond. Once in Namibia, Barrett and Sorrenti boarded a tiny plane to get to the Skeleton Coast, where they slept in open-air tents. They were there to witness the lion preservation work of scientist Dr. Philip Stander (known as Flip), whom Goff calls “the Jane Goodall of lions.

” Having heard about Stander’s antisocial proclivities—“He lives in the bush and sleeps with the lions,” says Barrett—the young model won Stander over by bringing him local beer and playing Stander’s beloved house music. From southern Africa, Barrett went directly to Paris Fashion Week, posting Instagram images of the trip to his 1.1 million fans; they will be seen by more potential donors than on the LRF’s own account, which has fewer than 30,000 followers.

The power of an influencer or celebrity is not to be underestimated in the quest to activate younger donors. “The spending power is in the hands of those kids,” says Bonnouvrier. “I think it’s very easy to get them going if you know how to mobilize them and raise awareness.”

“You might not get people who are reading an article about lions,” says Kamadoli Costa, “but they might see Jordan or Doutzen, and they’re like, ‘Oh! I like them, so I’m going to read this piece even though I might not think that I care.’ ” 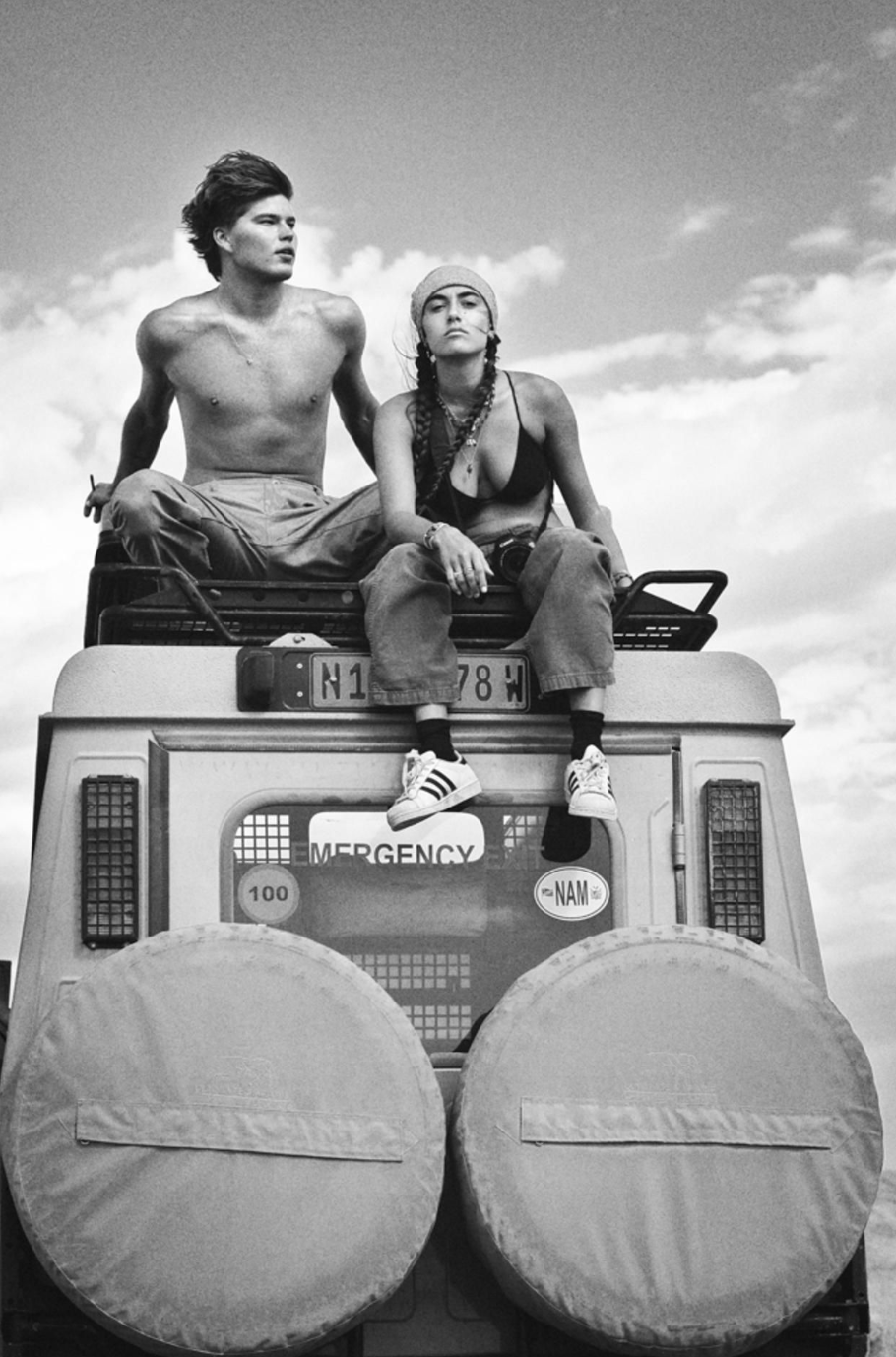 Other brands have taken note—and since many already sell products featuring animal imagery, organizations protecting wildlife lend themselves particularly well to cause marketing. Two editions of Lacoste’s Save Our Species polo shirts, which replace the iconic alligator with one of 10 threatened species, sold out in under 24 hours, with all proceeds going to the International Union for Conservation of Nature.

To benefit the Elephant Crisis Fund, Loewe created a special elephant-shaped mini-bag in tan calfskin with Samburu beading, which also sold out. And in 2016, Hermès partnered with the big-cat conservation nonprofit Panthera for a special edition of panther- and leopard-illustrated silk scarves and bags.

A challenge all conservation fundraisers face is that donors are consistently more likely to give funds to an animal they have positive associations with, typically charismatic megafauna. “We tend to like things with big eyes and anything that reminds us of ourselves or our pets,” explains Dr. J. Alan Clark, conservation biologist and Fordham University associate professor.

“It’s not hard to market an elephant,” says Bonnouvrier, his rescue dachshund George stalking in the high grasses of the DNA offices’ atrium behind him. “They’re the first animal that we almost all met. Whether it’s Babar or on the telly.”

“We try to bring them in with the big, sexy animals and then get them interested in lesser-known species,” says Knowles, using WCN’s newly launched Pangolin Crisis Fund as an example. Pangolins may be the most trafficked mammal in the world, yet few have heard of them.

Galvanizing support for the Lion Recovery Fund has also presented unexpected challenges, says Knowles. “People are shocked when we tell them that the population of lions has dropped by half in the last 25 years, because they just assume that they’re strong and can sustain themselves.” Elephants provide a simpler narrative of hero and villain: protector versus poacher and ivory consumer, he says, while lions often enter into conflict with local populations protecting their livestock.

China Approves Use of Rhino, Tiger Parts For Medical Treatment And Research (#GotBitcoin?)