The maneuvers in Russia’s far east will take place as both countries’ relations with the U.S. show strains. China To Join Russian Drills In Sign Of Growing Military Ties 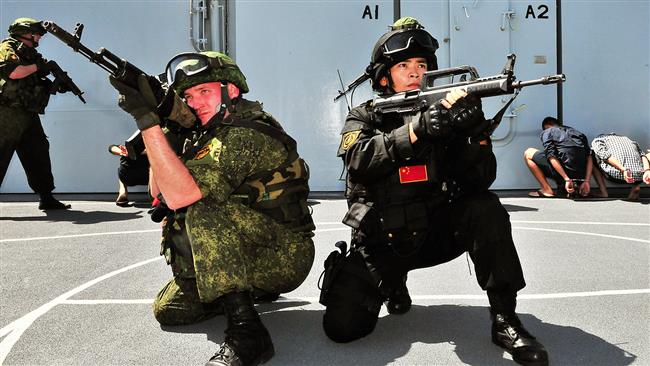 Chinese and Russian troops begin joint maneuvers Tuesday, marking the first time Moscow has invited a country outside a tight circle of former Soviet allies to its largest annual exercises and offering Chinese generals rare and valuable experience training outside their country’s borders.

The five days of drills in Russia’s far east, near the Chinese border, are also meant to demonstrate the extent to which the two sides are moving beyond symbolic displays of force to coordinate weapons systems and command structures. Washington says the two countries have developed capabilities that could test U.S. military dominance in times of crisis. 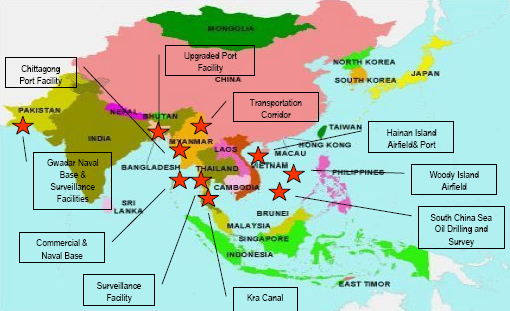 The military relationship between Beijing and Moscow has gathered pace in the past few years as both countries have seen their relations with Washington deteriorate. Both countries are undergoing intense military modernization and reform, and Chinese President Xi Jinping wants to turn his armed forces into a more expeditionary fighting force.

“Their exercises with Russia give them access to much-needed foreign experience that is crucial if Beijing wants to establish an internationally-capable fighting force,” said Vasily Kashin, an expert of Russian-Chinese relations and senior researcher at the Moscow-based Higher School of Economics.

For Chinese military commanders, the exercises will grant insight not only into how Russia plans for large-scale conflict, but also into how to extend logistical and supply chains.

At a monthly news conference on Aug. 30, China’s defense ministry spokesman Senior Colonel Wu Qian displayed a map showing how 3,200 Chinese troops, 900 pieces of weaponry and 30 fixed-wing aircraft joining the drills were being transported across the Russian border by rail, road and air.

“They need this kind of experience if they want to move beyond their own backyard,” said Mr. Kashin.

Russia and China have participated in joint maneuvers before. But this is the first time Beijing has been invited to take part in Russia’s annual strategic exercises that provide training for large-scale conflict. 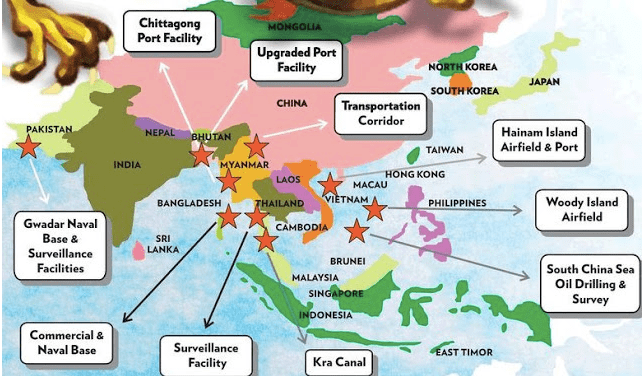 Part of the exercise will focus on practicing anti-access capabilities, which both Russia and China have successfully developed within their own spheres of interest, according to analysts, causing unease in Washington.

“The exercise is an opportunity to prepare for a range of large-scale war and crisis scenarios,” said Clint Reach, a policy analyst who focuses on Russian military issues at the Rand Corp., a think tank. “The focus is on the Pacific theater for contingencies, in North Korea, for example. But the capabilities tested could apply to a conflict with the West.”

The White House warned in its national security strategy last year that the two countries are working on how to use weapons such as antiaircraft and antiship missiles to “deny America access in times of crisis and to contest our ability to operate freely in critical commercial zones during peacetime.”

The Chinese forces participating in maneuvers are from the People’s Liberation Army’s Northern Theater Command, responsible for North Korean contingencies among other things. It is one of five such regional commands created in 2016 as part of Mr. Xi’s military reforms in an effort to better prepare the Chinese military for external threats.

Training exercises last year brought Chinese and Russian air defense teams together in which they distributed targets and destroyed them in real time.

Unlike NATO interoperability, Russian-Chinese cooperation will look more like great power alliances of the 19th century in which militaries fight side by side, he said, rather than member states contributing individual narrow capabilities.

Beijing and Moscow enjoyed close ties in the early 1950s but fell out later that decade and fought several weeks of border skirmishes in 1969, not far from the site of this week’s exercises. Relations began to improve after the Soviet collapse in 1991, and have grown closer in recent years, based in part on mutual admiration between Mr. Xi and Russian President Vladimir Putin.

Messrs. Xi and Putin are due to meet at an economic forum in Vladivostok during the exercises, where the two leaders are expected to talk about various aspects of their relationship.

The two countries have been pushed closer by fraying ties with the U.S. in both Beijing and Moscow. Following U.S. sanctions on Russia for Moscow’s annexation of Crimea in 2014, which pushed Russia further from Western political and economic cooperation, the Kremlin warned it would pivot east to boost ties with China.

Relations between China and the U.S. have also deteriorated in recent years, partly due to Beijing’s enhanced efforts to enforce its territorial claims in Asia, including its construction of seven fortified artificial islands in the disputed South China Sea.

Russian Defense Minister Sergei Shoigu has compared the exercises with the Soviet Union’s 1981 exercises Zapad, or West, underscoring current tensions with the West. Those exercises, the largest ever performed by the Soviet Union, included amphibious landings around then Soviet satellite Poland’s port city of Gdansk, which was the epicenter for the pro-Western Polish Solidarity movement at the time.