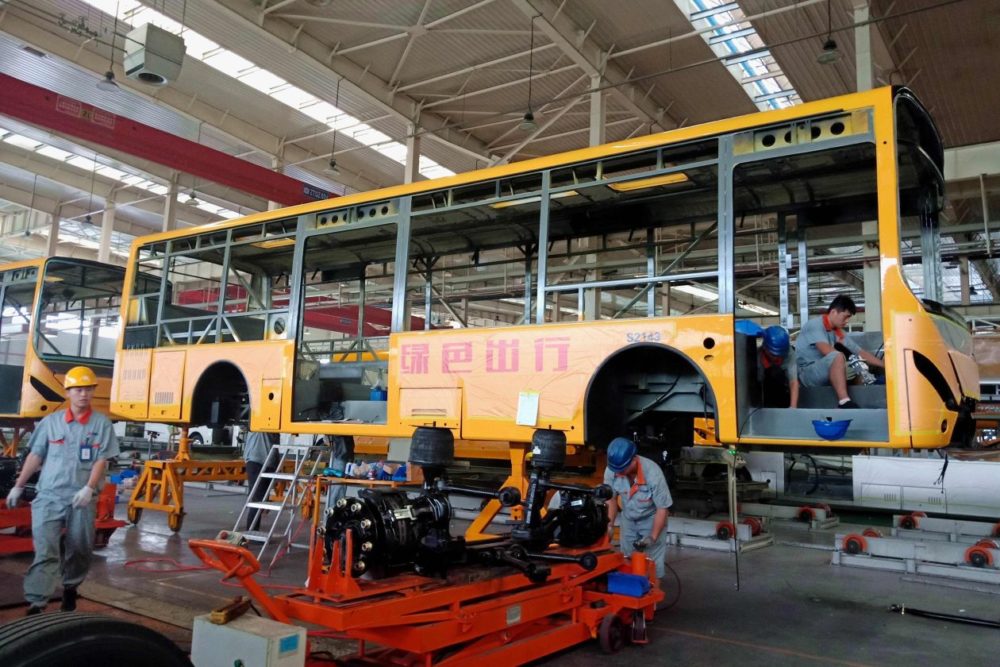 Employees Work On An Electric-Bus Production Line At A Factory In Liaocheng In China’s Shandong Province.

Chinese makers produced 99% of electric buses deployed globally from 2014 to 2017.

A national project to replace millions of gasoline-fueled taxis, buses and trucks with new electric models is boosting China’s ambitions to lead the global shift to battery-powered transportation.

Signs of progress can already be found on American, as well as Chinese, roads in the form of electric buses and vans built by Chinese makers. 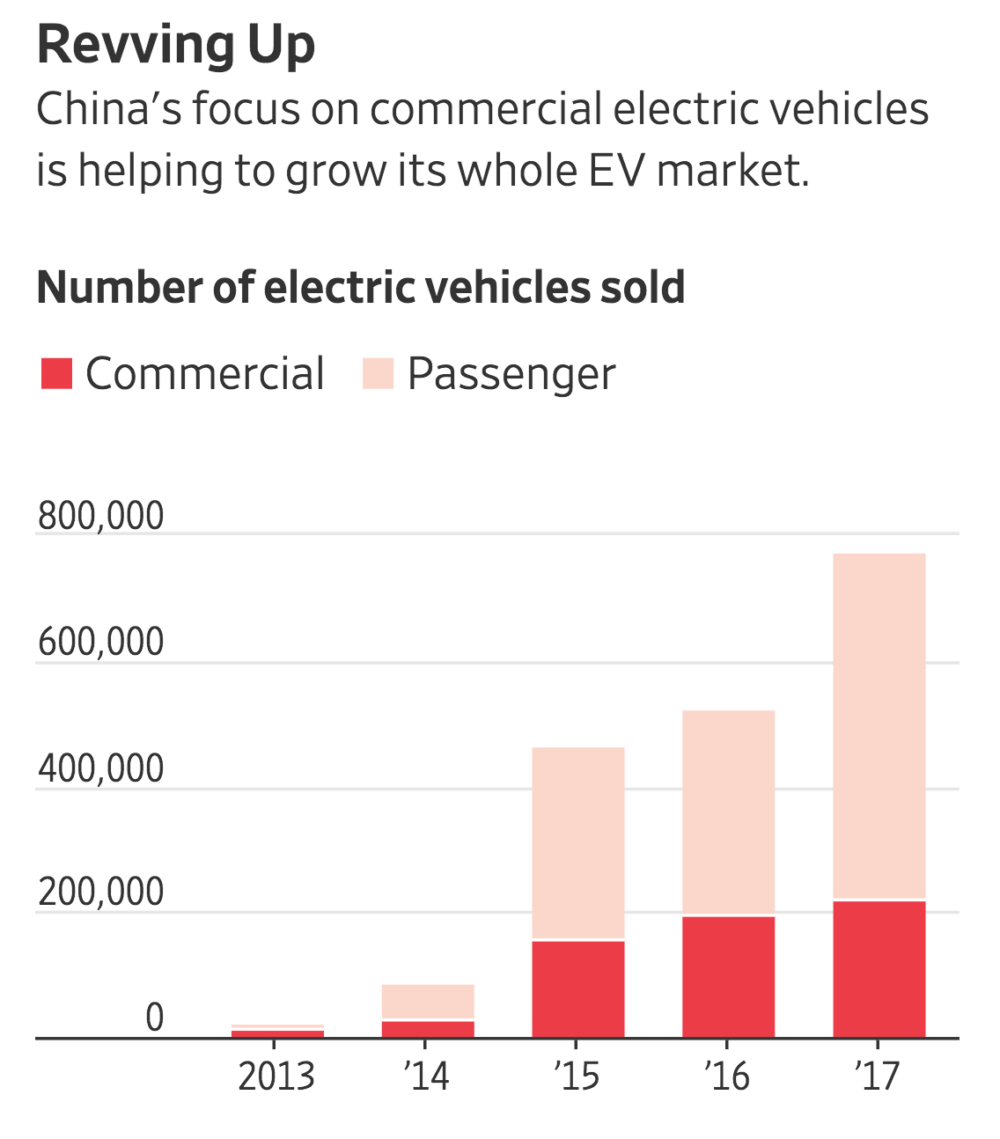 “China is the only one in the race; it’s all Chinese manufacturers,” said Sandra Retzer, the Beijing-based head of sustainable mobility at the German Agency for International Cooperation, which is working with the Chinese government to develop green transportation, referring to the commercial electric-vehicle market. “German cities are tendering for electric buses now, and there’s no German offer.”

Electric vehicles are at the heart of Beijing’s Made in China 2025 industrial strategy, which calls for manufacturers to achieve dominance at home and success abroad in critical future technologies.

Some Chinese auto makers have emphasized commercial EV development because they hope an early lead in the segment could eventually translate into success in the larger passenger market—and having almost no foreign competition at home for commercial EVs has helped them build early momentum.

China also is forging ahead in its adoption of electric passenger cars: 746,000 were sold in the country in the January-to-October period, compared with 114,000 commercial EVs. But while passenger-EV adoption largely depends on consumer demand, in the commercial space, Chinese authorities and state-run transportation firms can drive uptake.

In China’s southern tech hub of Shenzhen, for example, all buses and taxis will be electric by the end of this year, with generous subsidies helping drive the switch. An e-bus manufacturer receives up to $25,900 in incentives per vehicle sold. China spent more than $48 billion subsidizing EVs from 2009 to 2017, according to the Center for Strategic and International Studies, a U.S. think tank, though subsidies are set to end in 2020. 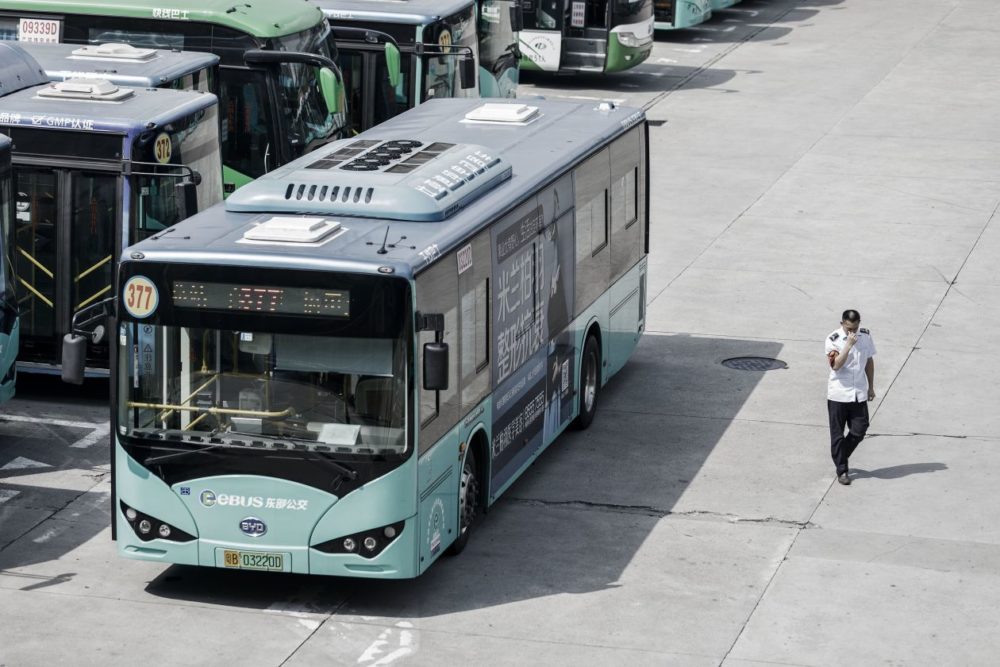 A BYD Co. Electric Bus At A Public Transportation Hub In Shenzhen, China.

In November, the northeast city of Dalian became the latest to try to move away from gasoline: By 2020, only electric buses and e-taxis will run in central boroughs, with the restrictions spreading to suburban areas later. In doing so, it followed other cities already implementing a central-government plan for China’s major cities to switch their public fleets to electrics by 2020.

To meet the government-created demand, Chinese makers produced 358,000 e-buses from 2014 to 2017, according to Shanghai research consulting firm Automotive Foresight, equivalent to half the country’s urban bus fleet—and 99% of all electric buses deployed globally. Big urban transit contracts are providing a windfall for local manufacturers which, in contrast with the passenger-car market, face almost no foreign competition. In July, for example, Guangzhou ordered 4,810 electric buses worth $795 million, mostly from BYD Co.

Companies that operate vehicle fleets are making similar purchases. In May, state-owned China Post Group Corp. said it would stop procuring gasoline vehicles for its vast urban delivery network and only buy electrics from 2020.

The prospect of huge contracts has encouraged some local passenger-car makers to diversify, among them Zhejiang Geely Holding Group Co., which launched commercial EV subsidiary Yuan Cheng in 2016. It has sold 6,000 electric trucks and buses over the past year, a company spokesman said.

BYD has sold electric buses and taxis in roughly 50 countries. It has an e-bus plant in Lancaster, Calif., and has sold 750 buses to U.S. customers. 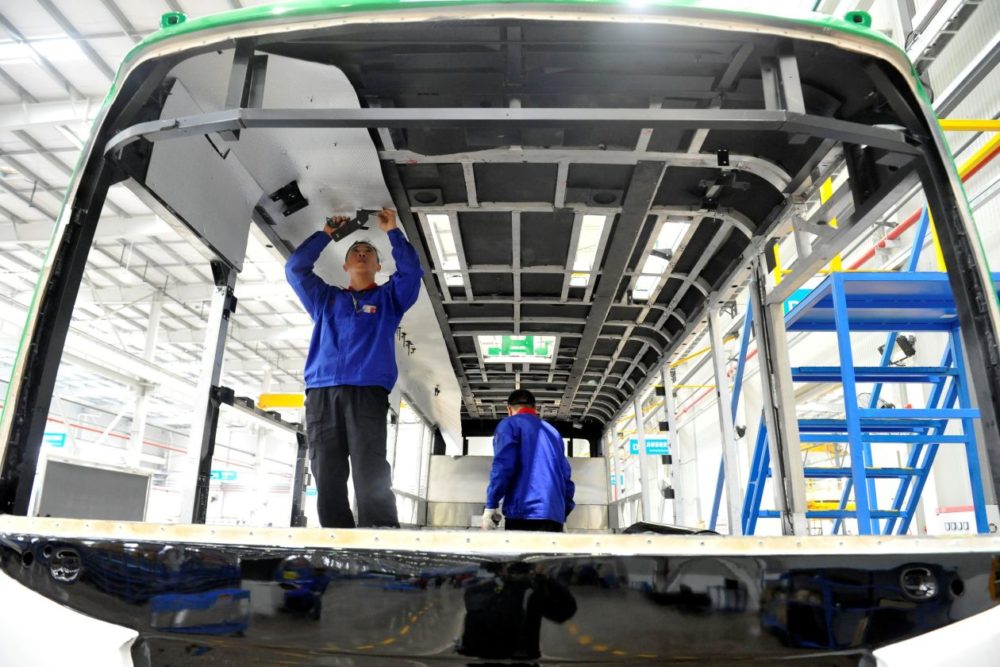 Workers Assemble An Electric Bus At A BYD Production Base In Yinchuan, China.

Chiefly a maker of passenger cars, BYD views commercial sales as a steppingstone to future passenger-EV sales. Unlike the cutthroat passenger-car business, “the competition in commercial vehicles in the overseas market is not so strong,” said a company spokeswoman.

Meanwhile, both foreign and local auto makers are lining up to develop next-generation electric taxis for China’s massive ride-sharing sector. Earlier this year, the country’s dominant ride-sharing player Didi Chuxing announced it had signed up 31 partners, including the Renault-Nissan-Mitsubishi Alliance, Toyota Motor Corp. and Volkswagen to produce purpose-built EVs for its platform.