Kansas, Indiana and others say forgotten money should be given to them to return to owners they can find. Americans Leave Billions In Unclaimed Savings Bonds (#GotBitcoin?)

Three Missouri sisters from a Russian immigrant family—Bessie, Anna and Mary Segal—socked away money into U.S. savings bonds for decades starting in the 1940s, investing $25 or $50 at a time. 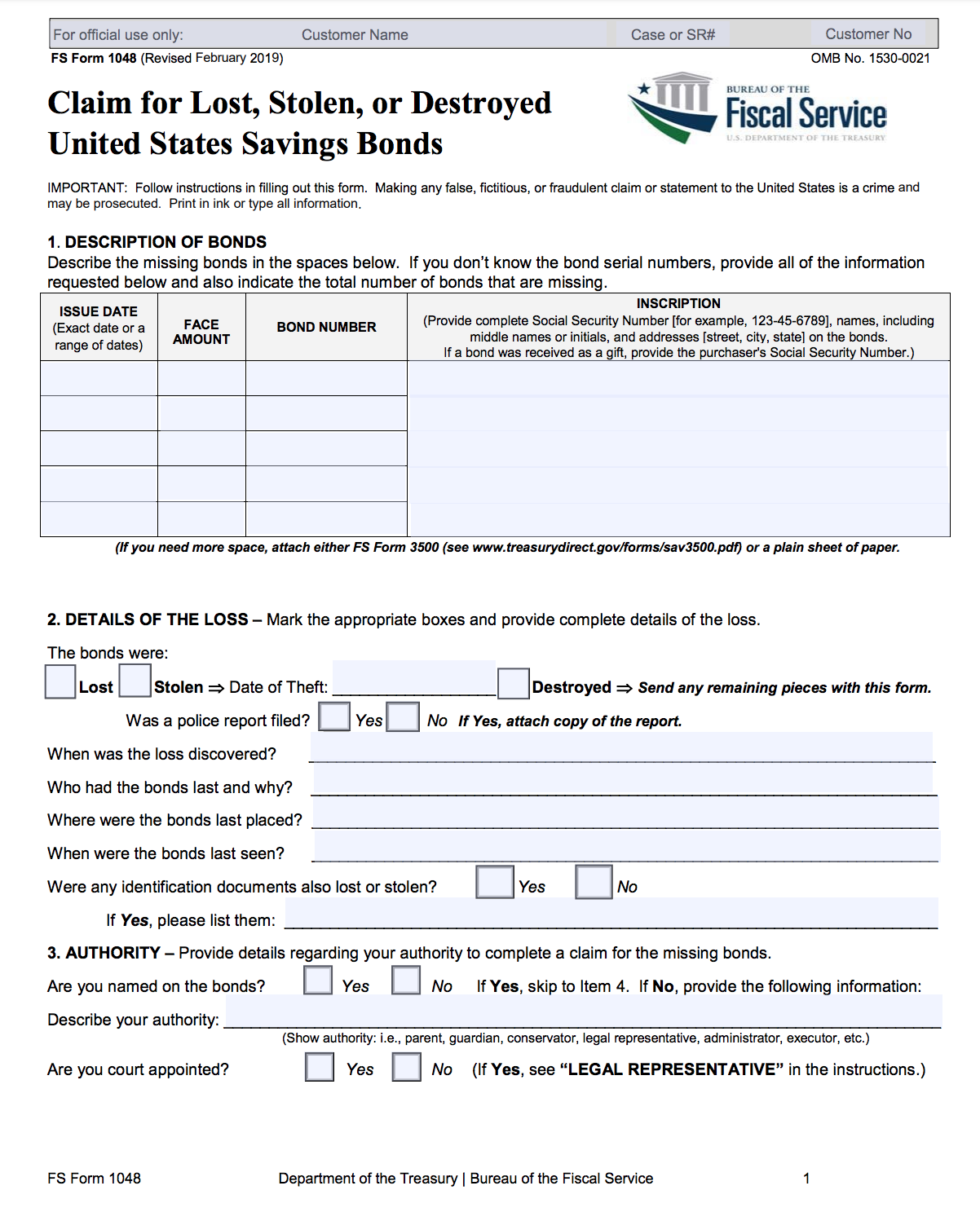 They never married and by 1998, all three had died, with little money to their names. What the sisters didn’t realize was that those bonds, stored and forgotten in a Kansas bank, had turned into more than $670,000.

The Segals’ lost investment was discovered by lawyers helping Kansas and other states turn unredeemed savings bonds into cash. The quest has become a yearslong legal fight between states and the U.S. Treasury to recover $25 billion in matured, unclaimed U.S. savings bonds.

States are pushing the Treasury to produce information on residents who bought bonds decades ago, arguing the money should be turned over to them as unclaimed property and then passed on to owners they can find. The federal government counters the states aren’t the rightful owners and that it would take years and millions of dollars to even organize their records.

Kansas is awaiting a decision from a federal appellate court that would have national implications in the saga.

States return hundreds of millions of dollars a year through unclaimed property laws, from uncashed paychecks, utility-bill refunds and other sources. The programs create political goodwill with residents but can also boost state budgets when owners don’t come to collect the money.

The majority of the unclaimed savings bonds date to World War II-era campaigns by the federal government to encourage Americans to support the war effort.

“Our success in that war could not have happened if not for these bonds people bought because of patriotism for their country,” said Jimmy Patronis, Florida’s chief financial officer, who is seeking an estimated $1 billion in bonds purchased by Florida residents.

After the war, paper savings bonds were still given as gifts at birthdays and graduations, often stored in safe-deposit boxes and long forgotten. Many savings bonds are in denominations of $100 or less and collect interest over a 20-to-40-year period. Bonds became electronic in 2012, but traditionally it has been up to buyers to remember to redeem the pieces of paper decades after purchase.

An earlier round of litigation by New Jersey and other states sought the right to hold on to savings-bond proceeds as legal custodians until the owners came for the money. But courts said the law sided with the federal government’s position that only those with legal title to a bond can collect the funds.

That prompted 24 states to pass legislation creating processes for state governments to obtain legal title to unclaimed bonds, according to the National Conference of State Legislatures. In court filings, the U.S. government has challenged these laws, saying bonds wouldn’t be attractive to investors “if states could snuff out the owners’ right to payment and obtain the bond proceeds for themselves.”

The push to collect the bonds could be seen as a money grab by the states since most of the original owners are unlikely to be found, said Ethan Millar, a partner at Alston & Bird LLP who specializes in unclaimed-property law.

The wave of laws transferring savings-bond titles to the states don’t always guarantee the owners can get their full investment back, Mr. Millar said, and can become an inconvenience.

States say their residents have a right to the funds.

“The money doesn’t belong to the federal government,” said Kansas Treasurer Jake LaTurner. “I think they are duty-bound to help return that money to people who own it, and they’re not doing that.”

The bonds being fought over fall into two buckets: those states physically possess as unclaimed property, mostly from abandoned safe-deposit boxes, and “absent bonds,” meaning every matured bond ever purchased by residents, even if the state has never seen a copy.

After states passed the title-transfer laws, the U.S. Treasury began to redeem those bonds states physically possessed, which are only a tiny slice of the overall dollars at issue.

Kansas, for instance, has collected $861,908 of bonds in its possession, the majority from the Segal sisters. “Had they even known they had bonds, maybe their life at the end would have been better,” said Mike Moore, Mississippi’s former attorney general, who is representing Kansas and a dozen other states in savings-bond cases.

Kansas sued in 2013 seeking $151 million in “absent bonds,” now valued at approximately $232 million. A judge in the U.S. Court of Federal Claims found in August 2017 that Kansas could legally lay claim to the bonds, writing that the federal government’s “ever-shifting explanations for denying states’ requests to redeem absent bonds resemble nothing so much as a game of ‘Whac-A-Mole.’” The federal government appealed, and the U.S. Court of Appeals for the Federal Circuit heard arguments in February.

States including Indiana, Louisiana, South Carolina and Mississippi all have lawsuits on hold during the appeal.

In court filings, the federal government said it would take more than 2,390 employee years and at least $128 million to digitize and organize the billions of pre-1974 bond records at issue in the litigation, many stored on fragile microfilm. The state’s expert countered it could cost $3.5 million or less.

Kathryn Davenport Bernard was surprised to learn in 2017 from a Kentucky law firm that she could collect on bonds found in the name of her uncle, Roger Lovelace, who died during World War II when she was a girl.