The Trick To Keeping Friends As We Get Older (#GotBitcoin? 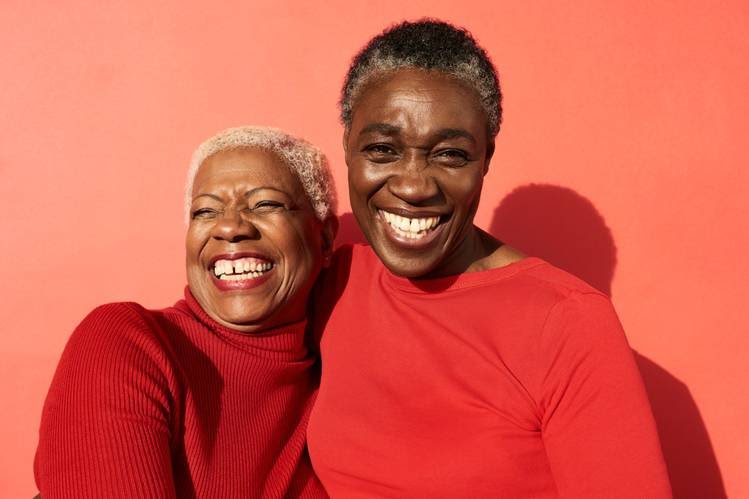 It’s hard to maintain friendships and make new ones. But it’s crucial.

Two or three times a week, Alan J. Fink, 64, the owner and manager of a box business in Baltimore, listens as his mother wishes out loud that she had good friends to go out with.

That is worrisome for his mother, who is 88—and for himself.

“I don’t want to be in her position in another 20 years,” Mr. Fink says. He frets that his circle of friends should be wider, “so that, down the pike, we’ll all be available to each other—if and when we need each other.”

A growing body of data confirms that friends are essential to our medical, psychological and social well-being as we age. Yet many people find it difficult to maintain their circles of friends as they grow older.

“It’s not that we’re deliberately neglecting our friendships,” says Ryan Hubbard, principal at Hinterland Innovation, a Melbourne, Australia, company that researches friendship and social innovations for modern enterprises. Losing friends, Mr. Hubbard says, is often more a function of our lives being complicated.

Research in psychology, communications studies and other fields suggests there is plenty people can do to keep their network of friends strong at all stages of life, but especially in the later years when they need them most.

One simple strategy is to create what Mr. Hubbard calls “containers”—regular activities that create a structure or timetable for getting together. Mr. Fink, for instance, works out at a local gym three times a week with his lifelong friend Alvin.

“One health club threw us out because we talked too much and didn’t train enough,” he laughs.

His wife, Judy Rousuck, has had lunch once a month with the same half-dozen women for about a decade.

“In those years, children were married, grandchildren were born, people had various health issues,” Ms. Rousuck says. The friends also have accompanied each other for medical appointments, she says. “And before we leave the restaurant each month, everybody pulls out her calendar and we set a date and place for the next lunch.”

Scheduling is essential for friends at this stage of life, says Neal Roese, a marketing professor at Northwestern University’s Kellogg School of Management. “We have a shift in our society away from daily face-to-face contact,” Dr. Roese says, but close connection depends on spending time together in person. The superficial contact of “liking” a Facebook photo can be a stopgap for acknowledging each other, he says, but it is a far cry from sharing the deeper currents of each other’s lives.

As people grow older, those deeper currents can often involve pain and suffering, in addition to the joys that life brings. Maintaining a close friendship is thus sometimes hard work. It can also involve a certain amount of risk.

“Friendship inherently involves tension because we have to choose each other, and it has the potential for disappointment,” says William K. Rawlins, professor of communication studies at Ohio University in Athens. To stay close, he says, sometimes friends have to give each other the benefit of the doubt that they still care about each other, even when they haven’t spoken for a long time.

Initiating contact with a friend after a long silence can be an acknowledgment that the friendship has become one-sided, and has resulted in hurt. “We have to be flexible and be able to forgive,” says Prof. Rawlins, who has written several books and articles about friendship.

Studies have shown close friends can go a long time without seeing one another often and still feel close, says Laura Carstensen, professor of psychology and public policy at the Stanford Center on Longevity. The feelings of closeness revive once the friends get together again.

But if time keeps passing without contact or explanation, reach out, Prof. Rawlins says. Some possible opening lines: “We’ve been friends a long time, and I miss hearing from you. If you’re going through something at work or at home, I want to know and be there for you.”

It can also be important for people to realize that making new friends doesn’t have to be as difficult as they think it is.

Robin Parkin, a design researcher and co-author with Mr. Hubbard of a report about friendship in the modern world, says people often have colleagues or casual friends who could become close, given the opportunity.

Using a handy gardening metaphor, he likens the process of nurturing such friendships to “repotting.” As with a live plant, he says, friendships have the capacity to grow beyond their initial containers. In retirement, for instance, old friendships from work can blossom to shared interests and activities, whether golfing, cooking, hiking, gardening, photography, or community work.

“You can have strong friends from work, but when that context is gone, you need a new container—or a way to repot it,” Mr. Parkin says.

But sometimes people are forced to find new friends. Moving, for instance, can pose a double-whammy to friendships: Moving makes it harder to stay friends with the ones you’re leaving behind, and forces you to find new ones wherever you’re headed.

Doris and Mike Saranga, 77 and 80, respectively, moved between California and New York several times for career opportunities. Each time, Mrs. Saranga says, they tried to find a home near a synagogue to belong to a community and practice their faith. This helped them maintain past friendships as well as make new ones.

“We had shared interests and projects that we continue to share even from afar,” says Mrs. Saranga, who adds that she and her husband followed a similar strategy as they searched for a summer home near Westerley, R.I., where she grew up.

“Being part of a community has always been important to me and to Mike,” she says, “and if you move around, you’ve got to work at it.”

For Prof. Rawlins, who is 65, a love of music—he plays drums and guitar in three groups—has led to friendships with bandmates ranging in age from 30 to 60. “You play music, and you also talk about things that matter to you,” he says.

Having friends of all ages can be important in several ways, too. A sad reality of growing older is that friends will die, and if most or all of your friends are the same age, the risk and the losses will become increasingly pronounced over time.

The number of close friendships people maintain does tend to diminish, says William J. Chopik, a professor of psychology at Michigan State University. But that is not always a bad thing, he says. People learn to prune away friendships that have grown unfulfilling, or even toxic, while retaining the ones that provide joy, he says. So, on average, the result is more positive interactions overall.

Some experts believe this is why a general sense of well-being tends to rise for many people over 50.

As Dr. Chopik says, “You’re surrounding yourself with a lot of good friends.”