The Telepsychiatrist Can See Your Child Now, Virtually (#GotBitcoin?)

With a growing shortage of mental-health professionals for children and adolescents, more health-care providers are turning to technology. The Tele-Psychiatrist Can See Your Child Now, Virtually 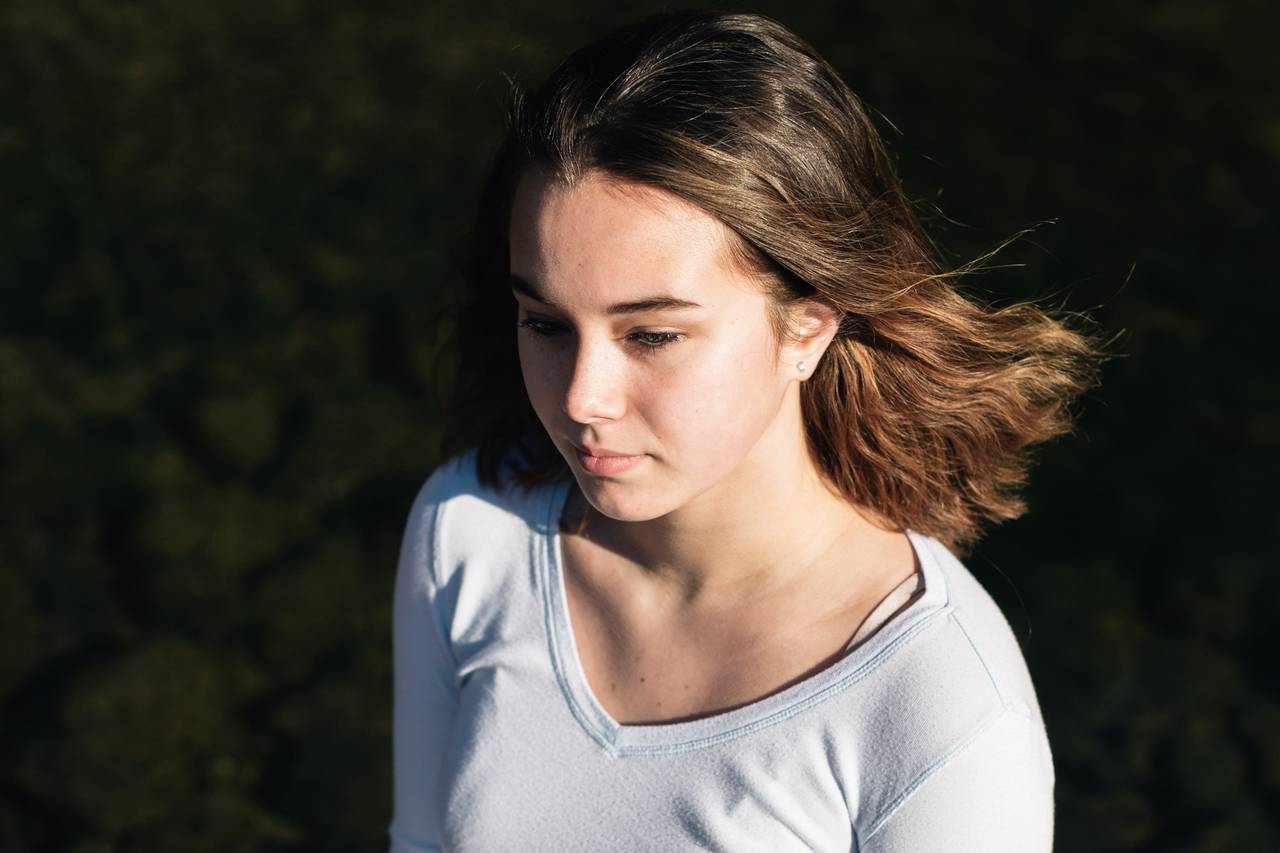 Sarah Ford, 14 Years Old, Was Struggling With Depression, Hallucinations And Suicidal Thoughts When She Sought Help.

When Sarah Ford, 14 years old, was struggling with depression, hallucinations and suicidal thoughts last spring, her pediatrician in Springfield, Mo., was able to call in help from afar. Through a live videoconference link with Mercy Virtual, a telemedicine center three hours away, a child-psychiatry expert evaluated Sarah, prescribed a medication and set follow-up appointments.

With a rising number of teens and adolescents suffering from depression and anxiety, and too few professionals to help, remote video consults are helping pediatricians fill the gap in some communities. In recent years, more health providers have been turning to telemedicine for adult mental-health services, offering remote, real-time video and audio appointments with a psychiatrist or counselor for patients who don’t have easy access to care. School systems, universities and health-care providers are now testing out such programs for children and teens.

Chesterfield, Mo.-based Mercy is a large health system that includes hospitals, clinics and physician practices. Mercy has trained nearly 250 of its pediatricians and family medicine specialists in neighboring states to diagnose the most common conditions such as ADHD, depression, anxiety and oppositional defiant disorder.

Mercy’s electronic-medical-records system has links to tools and algorithms to guide doctors through best practices for different conditions and medication-prescribing decisions. The virtual team, meanwhile, can access pediatric patients’ charts and medical history via the same electronic record, so they don’t miss anything important in making a diagnosis, says Kyle John, a Mercy pediatric psychiatrist who leads and helped create the program, known as vMentalWellness Kids.

Some studies show that so-called telepsychiatry is as effective as care delivered in person—and may even be superior to in-person sessions for children with such issues as attention-deficit hyperactivity disorder. Parents, teens and family practitioners report high satisfaction with remote consults and appreciate their convenience and privacy. Remote psychotherapy, behavioral training and prescription-drug therapy can be offered through doctors’ offices, schools, correctional facilities and homes.

Still, the virtual option isn’t a catch-all solution. “Telemedicine is great at bridging distances, but it doesn’t make up for the shortage of child psychiatrists,” Dr. John says. By working in a collaborative model with pediatricians who know their patients best, “We can say ‘you do the groundwork, we will review everything and help you when you get stuck.’”

‘I was able to get help and get it quickly instead of getting on a waiting list.’ —Susan Ford
For ongoing therapy needs, some specialists urge caution in the use of virtual sessions. “Access to care in any shape or form is better than no access at all, yet there are some real disadvantages,” says Sara Z. Lipman, a New York-based psychotherapist specializing in adolescent and young adult mental health. “Old-school therapy adheres to the belief that true human connection comes from face-to-face, in-person contact and without that, many things such as tone of voice, body language, even something as simple as the chair in my office that a kid chooses to sit in or if they came in that day smelling differently, can affect or adjust the treatment.” Once she has established a relationship with a patient, she may hold virtual sessions if, for example, they are away at school, “because rapport-building has already happened in person.”

As many as one in five children experiences a mental-health issue in a given year. But children must often wait months and travel long distances for an appointment with a specialist. According to the nonprofit group Mental Health America, 62% of children with major depression in the U.S. don’t receive any treatment at all. Small towns and rural areas are the most underserved, but there is growing concern for youth in urban and suburban areas as well, according to the American Academy of Child and Adolescent Psychiatry.

“Telepsychiatry is an amazing tool for treating a child at the right time, in the right manner, right where they are,” says Ujjwal Ramtekkar, a child and adolescent psychiatrist at Nationwide Children’s Hospital in Columbus, Ohio. Pediatricians may get relatively little training in mental health, Dr. Ramtekkar says, and virtual programs allow them to collaborate closely with child psychiatrists.

In more complicated or emergency situations, the pediatrician can ask an expert to see the patient immediately using a secure video connection. For patients who require longer-term counseling, Mercy also helps families find behavioral therapists as close as possible to their homes, and partners with school therapy programs. 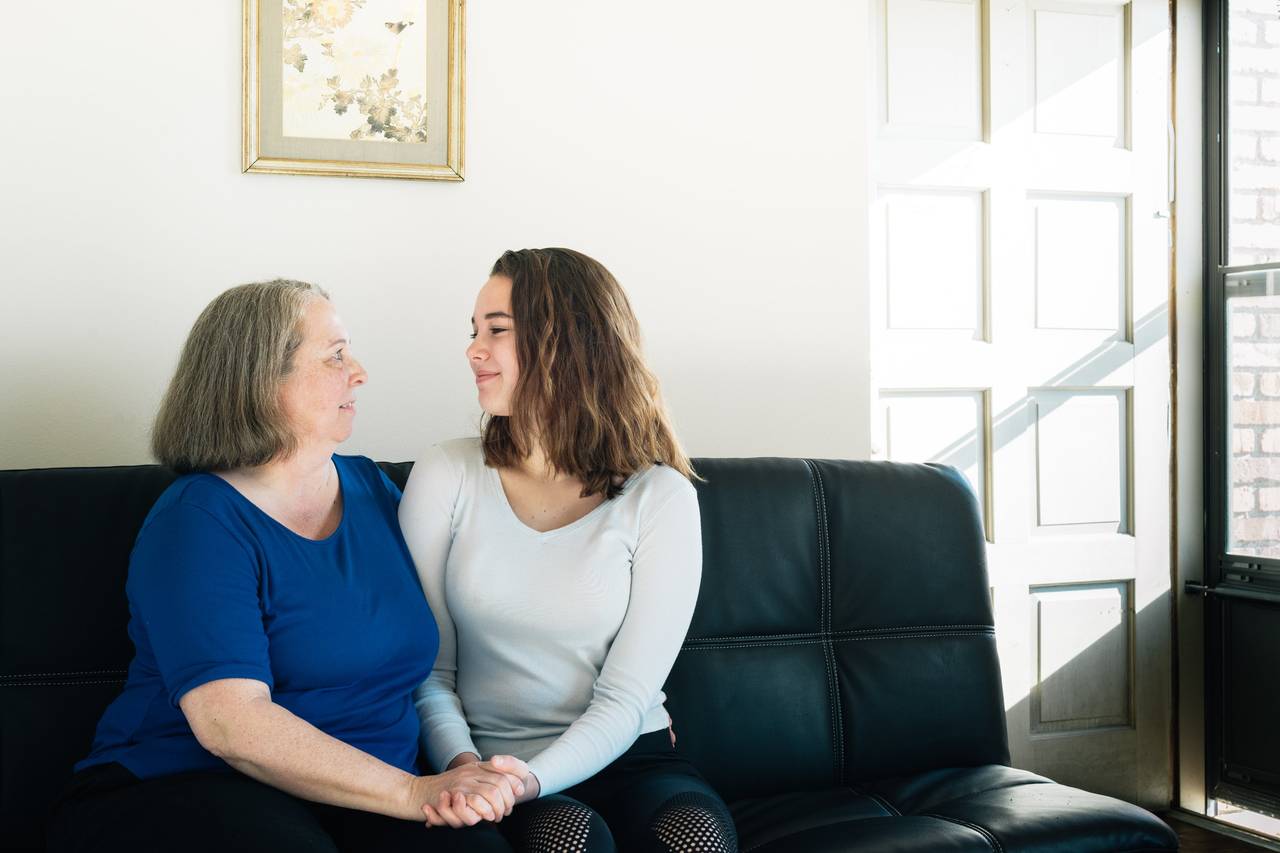 Sarah First Confided Her Struggles To Her Mother, Susan Ford, Left, Who Immediately Contacted Sarah’s Pediatrician. Together, They Connected Sarah To A Mercy Psychiatric Nurse Practitioner Via Live Videoconference.

Sarah Ford first confided her feelings to her mother, Susan Ford, who immediately made an appointment with Sarah’s pediatrician, Ashley Merrick. Dr. Merrick linked Sarah by video to Cassandra Turner, a Mercy psychiatric nurse practitioner who evaluated her to rule out the need for hospitalization. The two then chatted for about 40 minutes, to get at the root of Sarah’s issues. Her father had committed suicide in their home when she was 7 years old, and she had been afraid of the dark since then and said she sometimes heard and saw things.

Sarah says she was hesitant to confide in friends. She often uses FaceTime on her iPhone and was comfortable with the idea of the video session with the nurse practitioner; after a few minutes she was able to relax and talk to Ms. Turner freely. Ms. Turner recommended a temporary medication for anxiety and insomnia and a genetic test to help identify the best antidepressant for Sarah, which was later prescribed, along with a referral to a therapist. Sarah says the hallucinations have stopped and she feels much better about life. She urges other teens with depression to speak up and ask for help. “I’m just glad I told my mom and she was able to help,” she says.

Sarah’s mother, Susan Ford, says she is grateful that the virtual consult program was in place to help the pediatrician. “I was able to get help and get it quickly instead of getting on a waiting list,” she says.

2 responses to “The Telepsychiatrist Can See Your Child Now, Virtually (#GotBitcoin?)”