Hospitals Provide Patients With Kale And Spinach Along With Their Prescriptions (#GotBitcoin?) 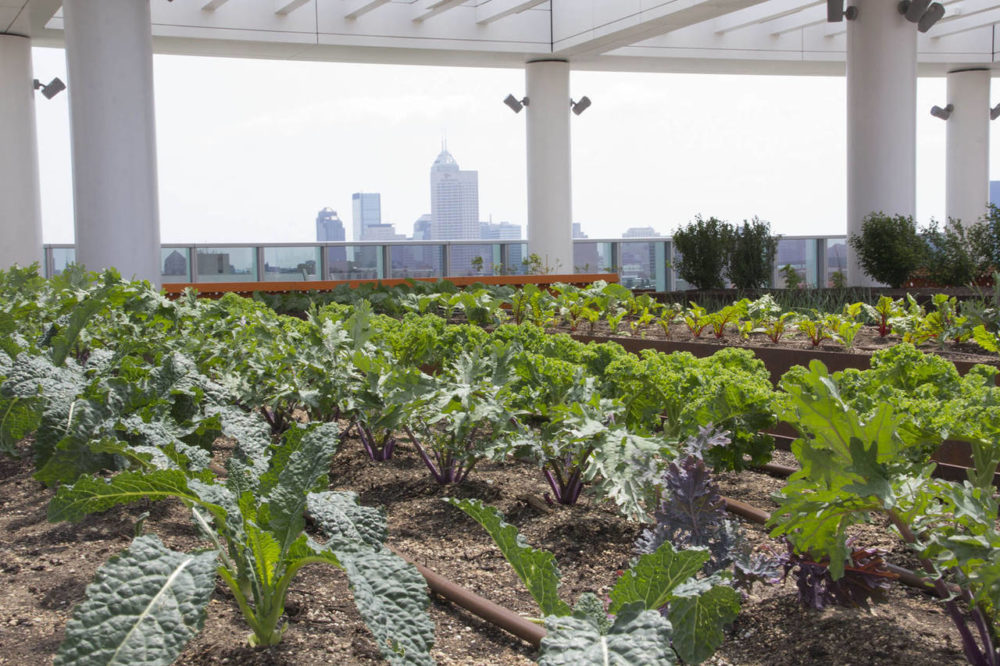 Much of the produce grown at the farm atop Eskenazi Health’s flagship hospital in Indianapolis goes to patients.

Wielding food as medicine, hospitals are focusing on nutrition, sending patients home with prescriptions as well as bags of good food. Hospitals Provide Patients With Kale And Spinach Along With Their Prescriptions

Some hospital patients are heading home with a sheaf of prescriptions—and a bag of spinach and spaghetti squash.

Invoking the mantra that food is medicine, hospitals across the country are taking measures to prevent and treat illness through diet. To nudge patients into eating well at home, they have opened food pantries that offer nutrition counseling and healthful fare. They are growing their own produce, adding farmers to the payroll and hosting greenmarkets. A few are even tiptoeing into the grocery business.

ProMedica’s Social Determinants of Health Institute set up two food pantries, where patients can receive nutritional guidance and free groceries. ProMedica opened a grocery store a few miles from one hospital, in an area that had been bereft of healthful food. Called Market on the Green, the store is open to the public, not just ProMedica patients. 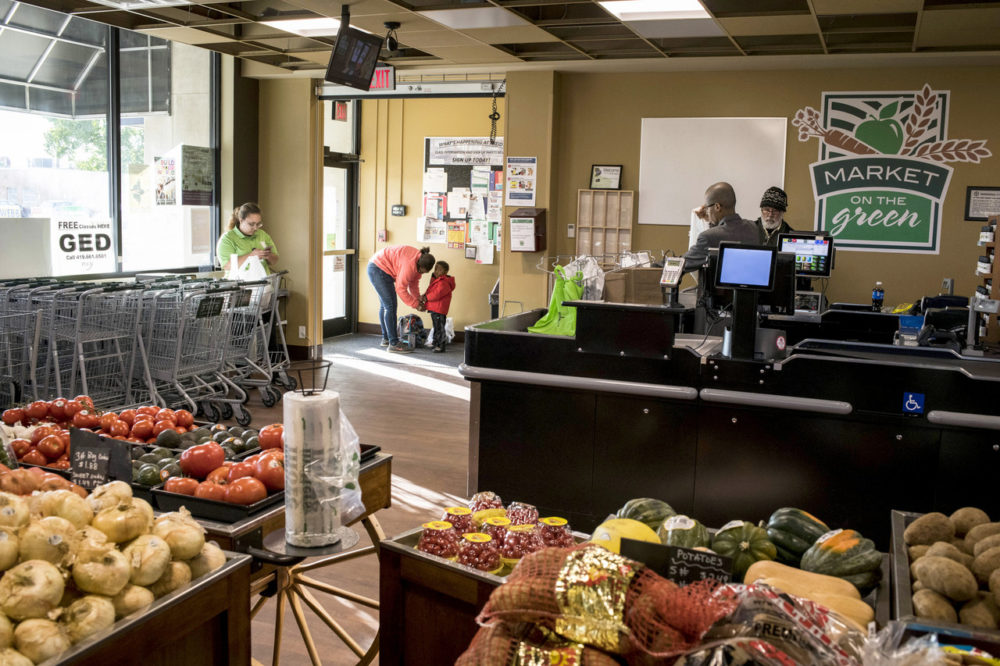 Market on the Green, a grocery store that ProMedica runs in Toledo, Ohio, tries to steer shoppers toward healthful fare.

Market on the Green fills 6,500 square feet, making it smaller than some of the sprawling, multi-aisled outposts of national grocery chains. For Kate Sommerfeld, president of ProMedica’s Social Determinants of Health Institute, just deciding what to stock can be a challenge. At Market on the Green, she manages an inventory that includes popular snacks such as potato chips and candy with items that her hospital colleagues recommend. 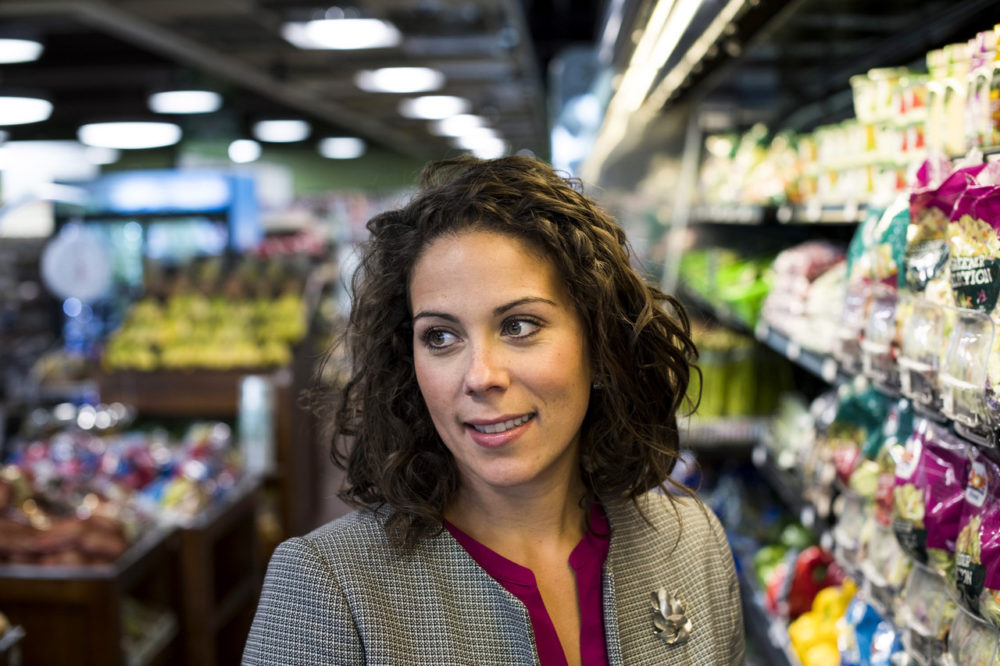 ProMedica executive Kate Sommerfeld tries to nudge shoppers at Market on the Green to nutritious offerings.

“We have dietitians who would love to have nothing but lettuce and carrots in the store,” Ms. Sommerfeld said. “But the reality is that is not how we eat, me included.” She positioned foods to nudge shoppers into healthier choices. Most grocery-store checkout counters are a gauntlet of candy. At Market on the Green, cashiers are surrounded by produce, while candy bars are tucked down an aisle. Whole-grain cereal is shelved at eye level, sugar-laden cereal can be found on harder-to-reach shelves.

The store is a nonprofit enterprise. Ms. Sommerfeld tries to steer shoppers with prices, putting smaller markups on healthful fare. For instance, she said, whole-grain chips cost less than regular ones. Chocolate milk is “priced high” to encourage children to drink skim milk.

Michael Belair, a ProMedica patient, suffers from diabetes and has had several strokes. The 48-year-old former firefighter and music teacher in Toledo, Ohio, values a sound diet but says, “I wasn’t doing such a great job by myself, which was why I asked for help.”

His ProMedica doctor wrote him a prescription to be filled at the hospital’s food pantry. There, Mr. Belair met with a ProMedica nutritionist, who went over dietary do’s and don’ts. She urged him to switch to whole-wheat bread from white and to favor baking over frying when cooking. From time to time, Mr. Belair shops at Market on the Green and is now a fan of its yogurt parfait with granola. 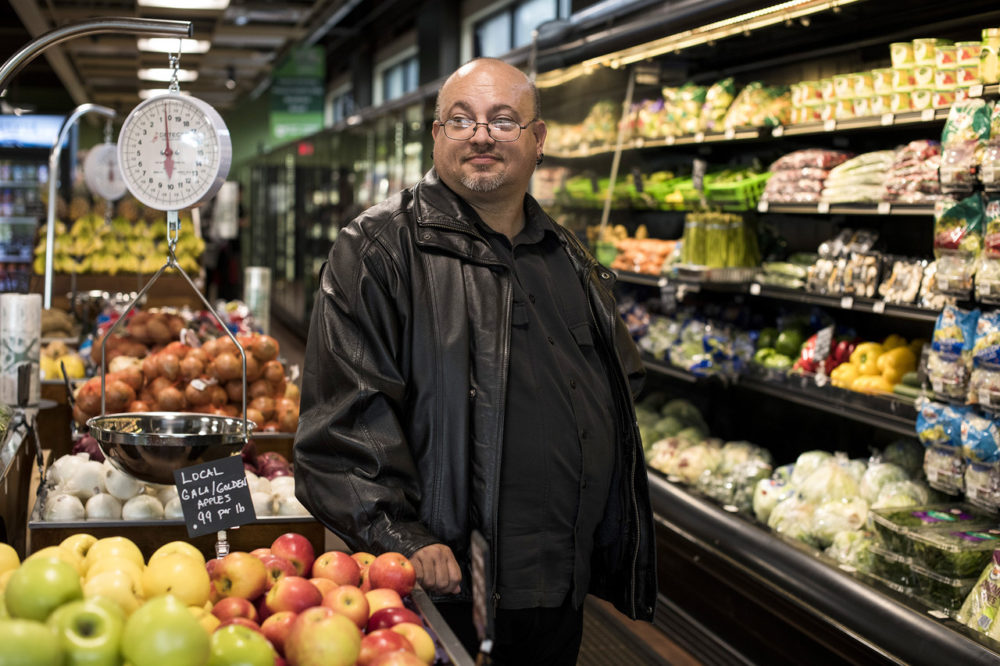 The American Hospital Association, an industry trade association, has urged members to play a part in the nutritional health of their communities. An AHA report, “Food Insecurity and the Role of Hospitals,” focused on patients without access to good food and those with medical conditions that could be remedied by diet.

The 2017 report examined the “link between food insecurity and health issues, including chronic illness and child development.” The report said hospitals should help individuals and households at risk of “food insecurity,” meaning having little or no nutritious food because it costs too much or is far away. Food pantries, once the purview of anti-poverty and anti-hunger organizations, can now be found in many hospitals.

Hospitals diving into the food business may find themselves in over their heads, warned Nancy Copperman, vice president of community health atNorthwell Health, a hospital system based in New Hyde Park, N.Y. “Hospitals do clinical stuff really well,” she said. “We can give you a new heart, a new lung, a new liver. But we can’t give you a food pantry really well.”

Northwell consulted with experts in the industry before opening a food pantry for patients this summer. Two major companies, U.S. Foods and Baldor, donate surplus produce and canned food. Other contributors include Island Harvest, a food bank. Named the Food as Health Center, the pantry is in the basement of Northwell’s Long Island Jewish Valley Stream hospital. Northwell prefers not to call the Food as Health Center a pantry, concerned that the term might connote indigence.

Staff members assemble bags holding two days of groceries and hand them out to some patients after doctor visits or when they are being discharged.

Patients are screened for “food insecurity and food-related diseases such as hypertension, congestive heart failure, diabetes, obesity, unintended weight loss,” among other ailments, Ms. Copperman said. Patients who are referred by their doctors see a dietitian once a month and are given two days’ worth of food. After a couple of months, patients who still need food assistance are referred to outside help organizations and other local pantries.

Northwell also is considering installing farm stands with local produce beside the gift shops in its hospital lobbies. 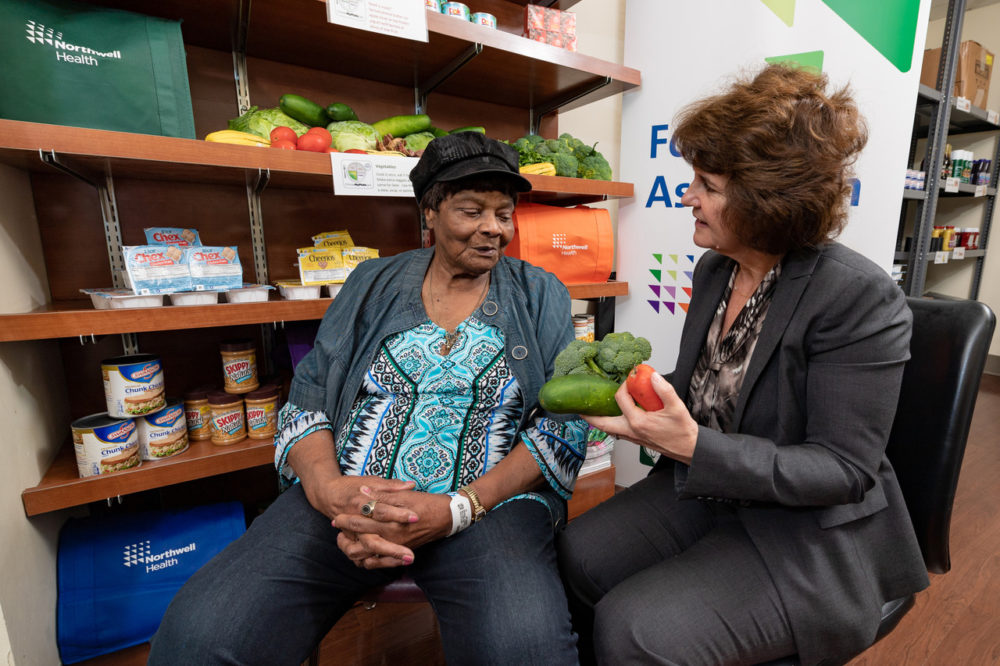 Hospitals may find that giving patients food and advice will save the institutions money, said Lisa Harris, CEO of Eskenazi Health, a public health system in Indianapolis. “Because of our role in the community, if someone needed an MRI or a procedure, we would often be paying for that.” But offering healthful fare, as Eskenazi does to some patients at a food pantry it helps run, is more cost-effective. “It is much less expensive to help people be well than to address the effects of chronic disease,” Dr. Harris said.

The company hosts a weekly farmers market for local growers. On the roof of its main hospital, Eskenazi, with the help of a full-time farmer, is cultivating everything from kale to berries. Last year, the farm produced 3,500 pounds of fruits and vegetables, which go to patient meals and community health centers, Dr. Harris said. Eskenazi recently opened a small grocery store near the cafeteria in its main hospital. The shop sells healthful fare and is open to the public.

In Ypsilanti, Mich., a farmer oversees the 25 acres of crops cultivated at St. Joseph Mercy Ann Arbor hospital. Some of the kale, tomatoes and other produce is donated to food pantries and some is sold at a farmers market the hospital runs on Wednesdays between 11 a.m. and 1 p.m.—the most popular interval for patient discharges. Patients who present a doctor’s “prescription” for the market can head home with $10 worth of free produce.

The farm’s benefits extend beyond patients’ plates. Flowers that the St. Joseph’s research and compliance team grow there are displayed around the hospital. Some hospital staff members find it therapeutic to tend small plots. One nurse administrator has been struggling to cultivate cotton, an effort the hospital labeled “a work in progress.”