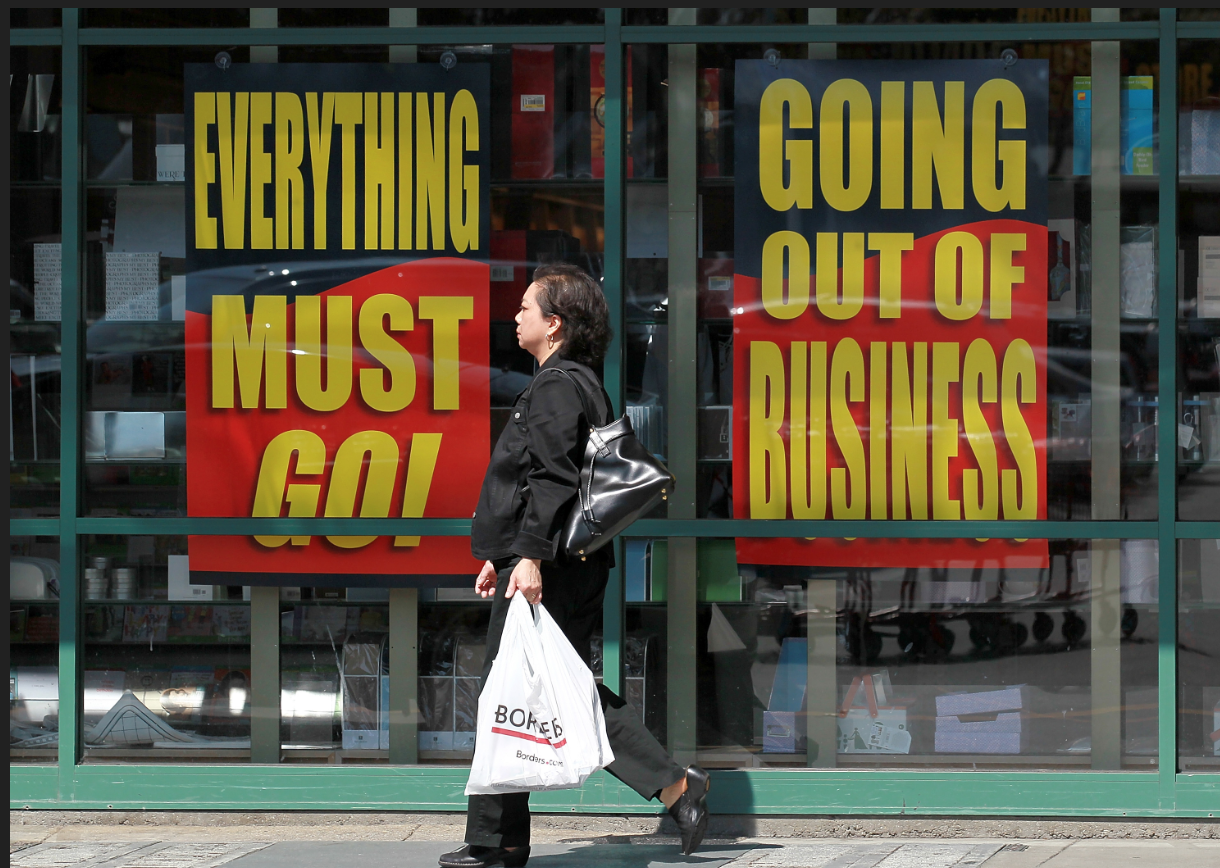 The fate of trillions of dollars in corporate assets—as well as millions of employees, pensioners, shareholders, investors and suppliers—is concentrated in the hands of an elite group of bankruptcy professionals and judges from just two states, according to data analyzed by The Wall Street Journal.

The analysis gives a look into the workings and concentration of power within the bankruptcy system, at a point in time when corporate indebtedness is at an all-time high and many experts predict an increase in bankruptcies when the next downturn comes.

By design, bankruptcy is a public and transparent process. But large cases produce a deluge of information that can smother insights into how bankruptcy actually works. The 2011 bankruptcy of American Airlines, for instance, produced more than 300,000 pages of documents.

The Journal reviewed every company with assets of more than $500 million that has filed for bankruptcy protection in the past decade. Overall, more than $2.5 trillion in corporate assets have moved through U.S. bankruptcy courts in these major cases.

Large chapter 11 cases are heavily concentrated. New York and Delaware, which hosted more such bankruptcy cases than the rest of the country combined, have well-established bodies of bankruptcy law and are known for setting important precedents.

Rulings from the 15 judges sitting on the bench at the U.S. Bankruptcy Court in Delaware and in the Southern District of New York often reverberate across the country. Bankruptcy judges serve 14-year terms.

Lawmakers are considering legislation that would force struggling companies to file for bankruptcy in a courtroom close to their principal place of business, potentially closing the loophole that has enabled most of the country’s largest bankruptcy cases to unfold in New York and Delaware. For now, major corporations are allowed access to those bankruptcy courts through affiliates, however small, located within the court’s jurisdiction.

Representing companies that file for bankruptcy protection, once an undistinguished job that was shunned by many top law firms, is now a vibrant business. Over the past decade, corporate bankruptcy has been dominated by a small group of law firms, which hold enormous influence over the allocation of bankruptcy assets. The Journal’s analysis identified the top law firms by the number of cases they played a role in.

The data excludes so-called local counsel law firms, which assist in filing bankruptcies but have little influence over their outcomes.

Kirkland has taken the most cases. But in the largest and most lucrative 20 cases, the crown goes to Weil.

Both Kirkland and Weil specialize in debtor work, giving them a commanding position with greater influence over the course of a bankruptcy, including whether a debtor will be reorganized or sold. Other law firms, like Akin and Pachulski, get much of the creditor work.

The Journal’s analysis found that in nearly two-thirds of the largest chapter 11 cases of the past decade by assets, at least one of the top 10 power firms played a pivotal role representing either the debtor or the official creditors’ committee.

Two heavyweights, Alvarez & Marsal and FTI Consulting, are particularly busy figuring out how to turn around the largest companies filing for bankruptcy protection. FTI tends to work with creditors, and Alvarez works mostly with debtors. AlixPartners recently bought Zolfo Cooper, combining the two operations and further consolidating the business of bankruptcy.

Top hourly rates for bankruptcy lawyers at Kirkland & Ellis, which handled the most large cases in the past decade, have more than doubled since 2005. Rates at other major firms have followed suit.

Only the firm’s top partners charge these rates, but fees and expense reimbursements paid to bankruptcy lawyers and other advisers add up quickly, sometimes costing troubled companies hundreds of millions of dollars. For example, at $1,500 an hour, a 10-minute phone call involving two partners for a debtor and two partners for creditors would cost $1,000.

In the case of Lehman Brothers, the largest and most expensive chapter 11 in history, bankruptcy professionals took home more than $2.5 billion.

Chapter 11 filings have declined since the 2008 financial crisis, but corporate debt has continued to grow, surpassing heights set during the last recession.

Federal Reserve Chairman Jerome Powell recently joined a growing list of policymakers who have warned of the potential dangers of rising levels of corporate debt. “Business debt has clearly reached a level that should give businesses and investors reason to pause and reflect,” he said.

If interest rates rise and borrowing becomes more expensive, many experts say they see an uptick of bankruptcies on the horizon.

“Given the exceptional increase in corporate debt at both the investment- and non-investment-grade ratings levels since just prior to the financial crisis in 2007,” said Edward Altman, a professor emeritus at New York University’s Stern School of Business, “the impact on corporate defaults and bankruptcy filings could hit record levels coincident with the next economic downturn, possibly in 2020 or 2021.”

An increase in corporate issuance, coupled with more lower-quality borrowing, has raised concerns.

A decadelong rise in corporate borrowing is prompting new scrutiny about how debt markets might hold up in an economic downturn.

While few worry that the corporate debt market is in imminent danger, both regulators and investors are grappling with how stress could ripple through it. In a speech last week, Federal Reserve Chairman Jerome Powell ticked through a number of topics of concern, including the near record-level of business debt as a share of the economy; the increase in debt at the bottom end of the investment-grade ratings scale; and the rapid disappearance of protections for lenders to higher-risk companies.

As of the end of last year, the ratio of business debt to U.S. gross domestic product had reached 73.1%, according to Federal Reserve data, just short of the high of 73.7% set in 2009. Meanwhile, the amount of triple-B rate U.S. corporate debt—the lowest category of investment grade credit—has more than doubled since the crisis.

And so-called covenant-lite loans—which require companies to meet certain financial metrics, such as a level of earnings relative to their interest expense—have increased to nearly 80% of the speculative-grade, or leveraged, loan market from just 6% in 2006.

Though Mr. Powell concluded that elevated levels of corporate debt don’t “present notable risks” to financial stability, his speech at a conference on financial markets in Fernandina Beach, Fla., cautioned that it “certainly could stress borrowers if the economy weakens.”

One of the reasons firms have borrowed more in recent years is that the burden of holding debt has been lightened by years of easy monetary policies, which have helped lower the interest they have to pay. Meanwhile, a strong economy has bolstered their earnings.

Attention to the area has only increased since the financial crisis, which was incubated by excesses in the housing debt market.

Investors have sometimes bristled at comparisons between the corporate debt market of today and the mortgage market before the financial crisis. But, many have been adjusting their behavior based on their own research into the current market.

Still, Mr. Zable’s team has been paying closer attention to the details within the terms of such loans—particularly those that give borrowers the flexibility to pay their owners dividends and strip collateral from lenders.

Nevertheless, GSO has developed its own covenant scoring system and integrated it into its investment process to reduce its risk if the economy slows and businesses do more to exploit the weakness of their loan covenants.

Concerns about rising corporate debt levels are hardly confined to the U.S.

In Europe, the Middle East and Africa, gross reported debt of nonfinancial businesses in the triple-B category grew 80% between 2007 and the end of 2018, reaching $2.2 trillion, S&P Global Ratings estimates.

As much as $250 billion of that could be downgraded to the speculative grade “BB” if there is a severe downturn in the next two years, the rating agency estimates. That could pose problems because many investment funds aren’t allowed to hold speculative-grade bonds. If bonds are downgraded to speculative-grade territory on masse, those funds would become forced sellers, further exacerbating likely declines in those bond prices.

Paul Watters, head of Europe, the Middle East and Africa credit conditions at S&P Global Ratings, said that recent attention on the amount of triple-B debt “has been investor-led,” starting in the U.S. and increasing when investors dumped riskier assets in the fourth quarter.

‘This One Here Is Gonna Kick My Butt’—Farm Belt Bankruptcies Are Soaring (#GotBitcoin?)

PG&E: The First Climate-Change Bankruptcy, Probably Not The Last (#GotBitcoin?)

Here’s A List Of The 80 New Store Closures Sears Has Announced (#Gotbitcoin?)