These Early Retirees Bought Their ‘Disgusting’ House In Montana With Cash And Budget Less Than $1 A Pound For Food. Extreme Frugality Equals Financial Freedom For FIRE Family 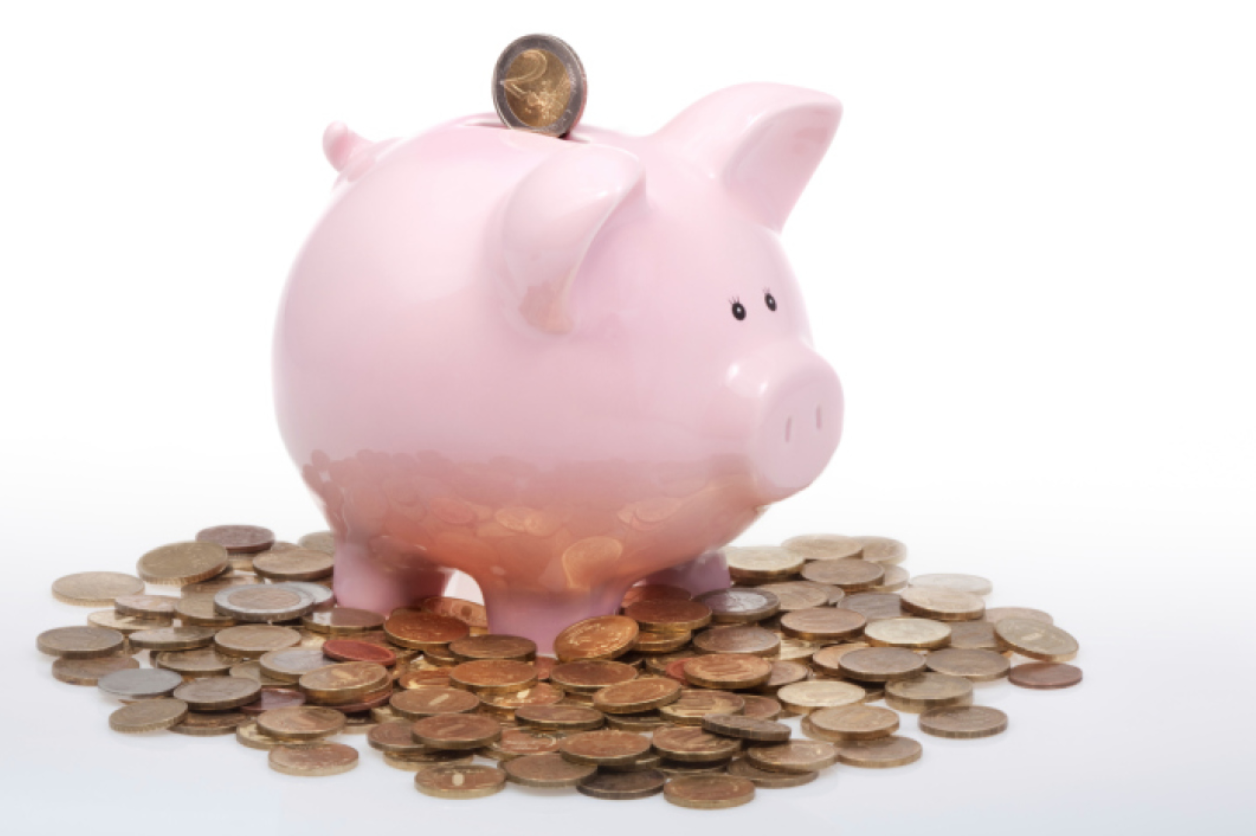 Some may say Jillian Johnsrud has a frugal lifestyle, but, if you ask her, she’d say she’s living the dream.

Johnsrud, who lives in Kalispell, Mont., with her husband and five children, has always been consistent in how she spends money: It only goes toward what she and her family value, and nothing more. The rest is invested.

“When we first got married, we decided to save half of our income no matter the situation. It just really forced us to be really creative and look outside the box,” she said. They never earned six figures together, she added, but they have been able to save $250,000 in the last 10 years.

The couple wanted to buy a home, but they wanted to pay for it in cash, so they bought a small, “disgusting” home for $50,000. The basement had flooded, so the previous owners dropped the price by $20,000, and the Johnsruds spent two days pulling the basement apart to renovate it. But it was worth it: It allowed them to save up and buy a rental property a few months later.

Johnsrud, who also blogs at Montana Money Adventures, is part of the FIRE community — “financial independence, retire early” — where individuals may take extreme measures to save and invest as much money as they can so they can quit their 9-to-5 jobs and travel the world, or do something else they love. Some FIRE members may opt to work on a passion project, blog about their experiences, or work a lower-paying side job. Others may uproot themselves and move across the country. The point is, they can do whatever they want because they’re generating enough income, through ads on their blogs, rental properties and investments.

The couple values traveling and spending time with their five kids, so they bought a camper and travel the country for weeks at a time, visiting museums and hiking. For vacations, they’ll go anywhere around the U.S. and even Europe, but when it comes to lodging they’ll mainly camp.

“We love to travel, but we do it at a fraction of the price,” Johnsrud said. They also rent out their home for weeks or months at a time while they’re away, which will offset, if not pay for, their trip. When the kids ask to do expensive after-school activities, they’ll discuss the pros and cons of each decision, and ask them to weigh which they’d rather have: the activities or a family Disney trip.

The couple has three sources of passive income, Johnsrud said, including her husband’s military pension, their rental property and investment income, totaling $3,550 per month. Their total monthly expenses add up to just about $2,000, including property taxes, a gym membership and Netflix NFLX, -0.57% .

To continue saving aggressively, the Johnsruds follow a few more rules: They don’t buy new cars, and they’re meticulous about their food budget. One strategy Johnsrud picked up in a book is to try to keep the cost of food to $1 per pound. Rice and beans make that easy to accomplish, so every Monday she’d cook a variation of that combo — Mexican style, Greek, Indian curry.

The FIRE lifestyle — especially that of the Johnsruds — may not be for everyone. “The biggest motivation was really focusing on our biggest dreams and our biggest goals, and knowing that these sacrifices were for a bigger purpose,” she said. She and her husband wanted to travel, to pay for a house in cash, to adopt, which made this balancing act worth it.

Still, there were stressful times. People weren’t always kind to her. Some would call their home a “starter home” and scoff when she and her husband said they had no plans to move. An investment adviser once accused her of lying when she told him their net worth.

Their lifestyle is often at odds with the materialism and excess common in America today. Their home is about 1,650 square feet, which would be close to the standard in New York City or Washington, D.C., but in Montana seems too small to some people. The family of seven fits comfortably in their home, especially after they leaned into minimalism and got rid of half of their belongings. “It didn’t have enough space for all of the stuff we weren’t using,” Johnsrud said.

For those who want to attempt living more frugally, she suggests starting with the end result. Think about the goal in mind, like traveling for a few months at a time or having the flexibility to go to all the kids’ school events, she said.

“We always relay that back to the reason we do these things, and can,” she said.

Kiersten and Julien Saunders want to show how all communities can achieve financial independence.

The FIRE movement, short for “financial independence, retire early,” might seem unattainable for some people — but Kiersten and Julien Saunders want to show everyone it isn’t.

For the couple, who blog at “rich & Regular,” and many like them, the journey to financial independence started in debt. But in the last eight years, they’ve managed to pay off $200,000 in debt, buy rental properties, generate income through their blogging and invest in businesses. Julien left his job to focus on these endeavors, while Kiersten still works in the services industry. Their goal is to officially retire by mid-2021.

But, like life, their plans and figures have changed along the way. Originally, they estimated their FIRE number (how much they need to save before retiring) to be about $1 million, which is approximately 25 times their baseline — a general rule used by fellow FIRE folks. They have since adjusted that figure to be upwards of $1.3 million, now that they have a child and included other family members into the calculations.

An individual’s FIRE number depends on numerous factors, including monthly expenses, debt repayment schedule, salary, expected (and unexpected) costs in retirement and market returns. Some people prefer to be overly cautious, and will save 40 or 50 times their annual spending (known as fat FIRE), while others will save less than the general rule of 25 times and aim to maintain a frugal lifestyle throughout retirement (known as lean FIRE).

The Saunders say their FIRE number is like a moving target, and sticking to a static number may be a flaw of the FIRE movement — since rarely will annual expenses stay the same, especially as people grow businesses and families. “I always thought of it as an art and science,” Kiersten said. “You can’t be so rigid about your number that you turn down things that improve your family.”

Still, the couple has made lifestyle modifications to accomplish their goals. They spend a total of about $5,000 a month, the bulk of which goes toward a mortgage and day care, but they shave expenses where they can, including cutting out cable and driving cars manufactured more than a decade ago. Kiersten exercises in their basement instead of a gym, and searches for all sorts of tutorials on YouTube. “Things I used to pay for I can now do on my own,” she said.

They want to take their blog readers on the path to FIRE, especially their fellow African-Americans who may think they have no chance at financial independence. They often highlight the challenges this community struggles with, including risk aversion and an overreliance on education to “climb out of multigenerational poverty.” One of their goals is to create “more black millionaires.” The idea for their blog actually came to them during their honeymoon in South Africa, where they felt they weren’t outcasts for being black and wealthy, they said. “You’re just rich and regular,” Kiersten said. “You’re a regular person.”

There’s a balance to feeling “rich and regular” and accomplishing FIRE, though, they said. A key is not being so overly frugal that you strip yourself of small joys for the sake of a budget, Julien said. After the couple sold their first rental property, they treated themselves to a $300 case of fine wine, but the week after, Julien said he went back and forth in his head about spending $30 on a sweatshirt he didn’t necessarily need. Kiersten said she will spend a little more on items she frequently uses, like handsoap and bedsheets, because they’re little but sustaining luxuries.

“It’s important to splurge a little bit, so you get a feeling for why you’re making the trade-offs you’re making,” he said. “If you go years and years without treating yourself or indulging or saying yes to an opportunity, then you kind of miss out on what joy feels like and that can really suck the energy out of you and your family.”

Three Steps To Take If You’re Behind In Retirement Savings (#GotBitcoin?)