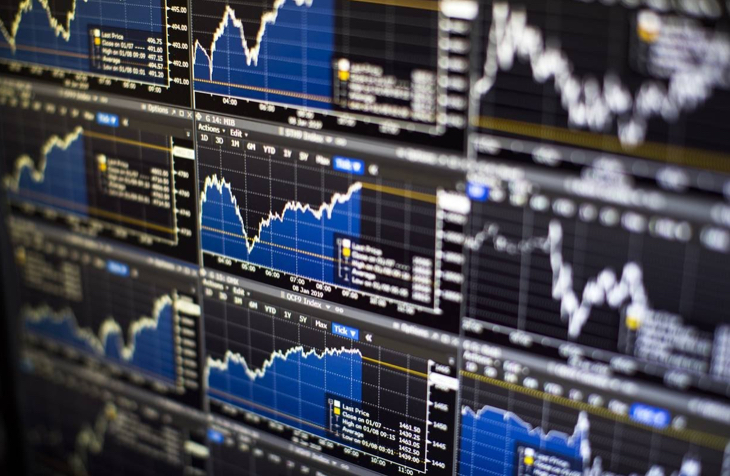 A Computer Terminal In AlphaSimplex Group In Cambridge, Mass., Which Found That Funds Using Trend-Following Strategies Are Betting Against Most Asset Classes.

Investors have started to shake off last year’s steep losses, helping markets regain some ground in 2019. But the robots are still almost uniformly bearish.

Trend-following investment strategies—a computer-based way of trading that has become a major force in some markets—have gone from bullish to bearish to a degree not seen in a decade, according to an analysis of algorithms that buy or sell based on asset-price momentum.

Funds that use such strategies likely went from holding net long positions, or betting that prices would rise, in four major asset classes—stocks, bonds, currencies and commodities—in the third quarter of 2017, to being short, or wagering against, everything but bonds by 2019. And even their embrace of bonds is bearish, signaling a flight to haven assets.

These are the findings from research by quantitative investment firm AlphaSimplex Group LLC, based on models that gauge the magnitude of price moves and perform like typical trend-following algorithms. Trend-followers generally try to ride markets when they move strongly in one direction. 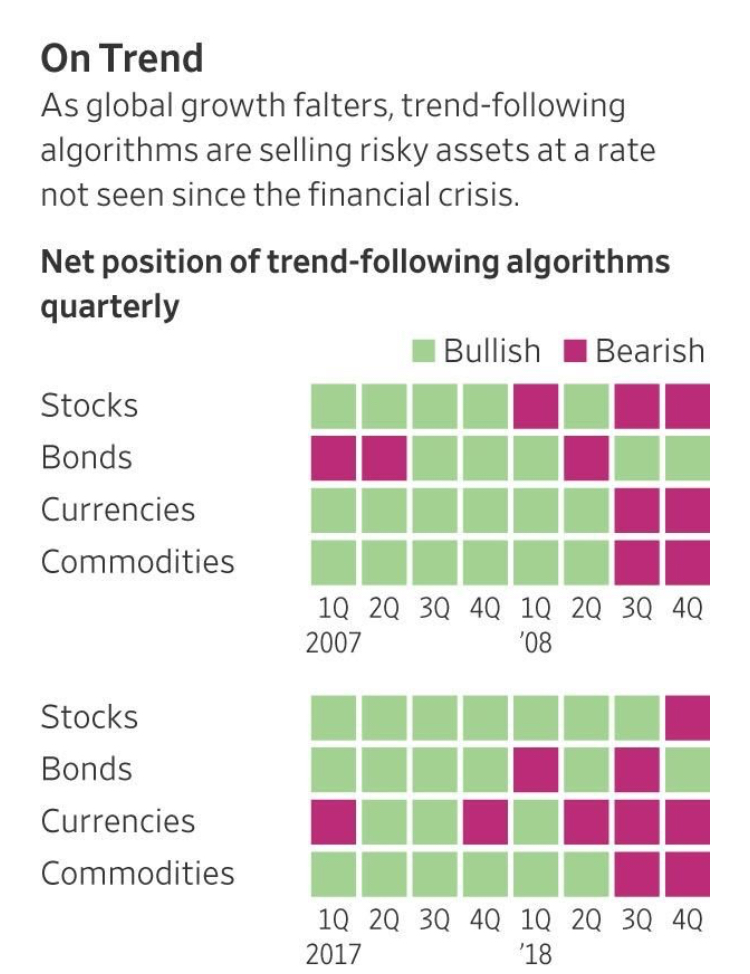 “This is like the chaos bet,” said Kathryn Kaminski, chief research strategist and portfolio manager at AlphaSimplex, who added that the last time trend-followers reversed positions so dramatically was in 2007 and 2008. “Pretty much any way you run the models, you end up net short a lot of asset classes.” 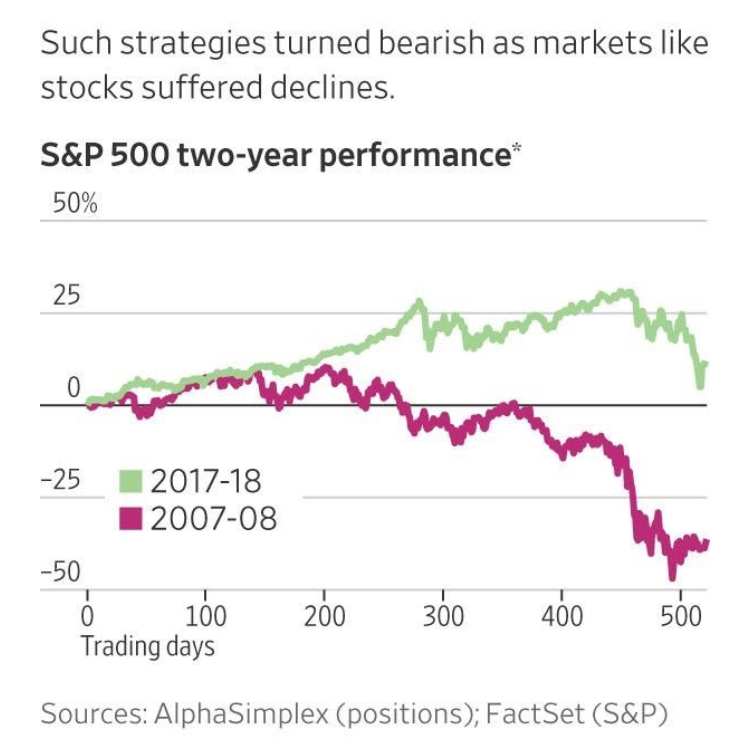 And what these trend-following funds do is increasingly important. In the past 10 years, the amount of money managed by Commodity Trading Advisors, or CTAs, which are largely made up of trend-followers, has risen by about 36% to $357.5 billion as of the third quarter of 2018, according to BarclayHedge.

The shift by these funds occurred as weak economic data and geopolitical uncertainty late last year raised doubts about the rate of global growth. That took stock markets from all-time highs to their worst annual performance since the financial crisis.

However, the bearish positioning by trend-followers is at odds with many Wall Street analysts, who largely believe the stock selloff has been overdone. The S&P 500 is up about 2% this year as trade negotiations between the U.S. and China have progressed.

Recent volatility has at times pitted humans against machines in other ways. Some investors point to algorithms as the main culprit in steep market declines. Such market participants argue that these strategies reinforce volatility since they react to major price swings by crowding into the same trade. 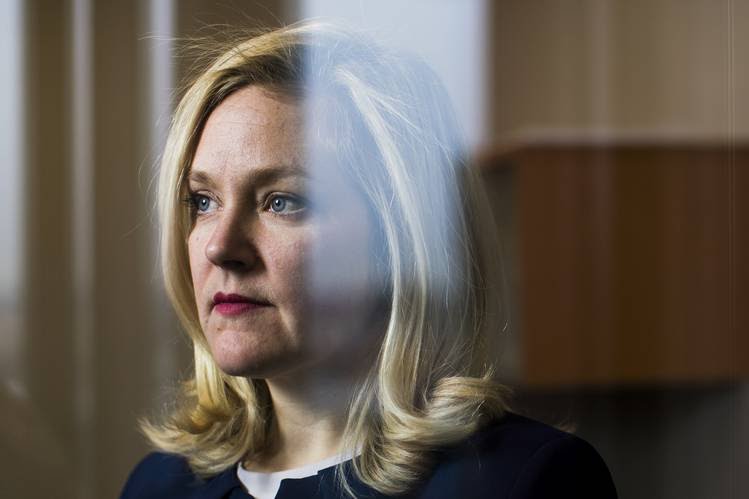 One bit of solace for investors: Some portfolio managers said trend-followers aren’t likely adding additional pressure to markets now, mainly because they are already holding such bearish positions.

“I wouldn’t think of trend-following as getting more short equities from here,” said Michael Pomada, president of Crabel Capital Management, which has about one-third of its $3 billion assets in trend-following strategies that are short global stocks. “The data tells us that it’s going to be a tough environment. That’s the bottom line.”

The bets against risky assets paid off for quantitative traders last month, offering some relief at the end of a volatile year. The Société Générale SG Trend Index, which is compiled from trend-following fund returns, ended December up about 1%, and 2018 down 8%.

“A lot of trend-followers ended the year down because it was tricky to catch many trends,” said Rufus Rankin, director of research and portfolio manager at Equinox Institutional Asset Management, a New Jersey-based mutual fund. 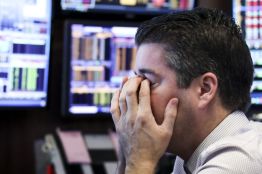 But using mathematical models to predict where markets are headed has been difficult as prices have been whipsawed by trade negotiations and mixed economic signals. That sort of volatility could continue to plague trend-followers, as stocks and commodities have recovered in the past week. 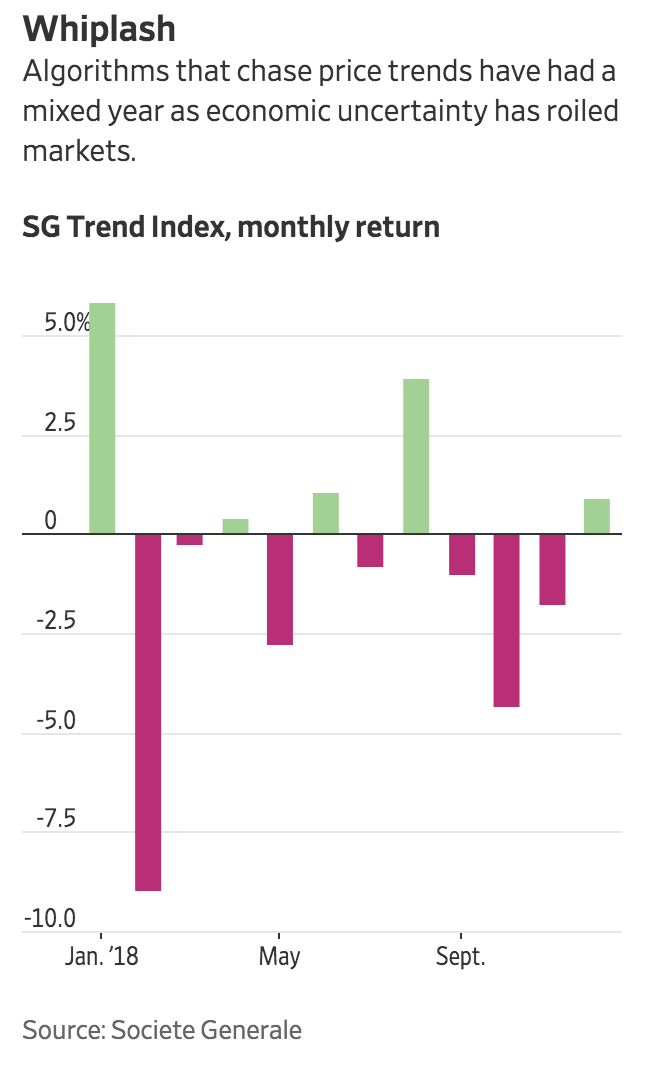 “The story has been sold almost like a 2008 protection trade,” Mr. Solarz said. “But it’s not necessarily true that they will offset the next crisis, because we don’t know what that’s going to look like.”