Cryptocurrencies and Blockchains: How Are They Doing After 10 Years? (#GotBitcoin?)

It wasn’t supposed to have worked out like this.

Bitcoin was created about a decade ago, with the release of the original design paper, Bitcoin: A Peer-to-Peer Electronic Cash System, under the pen name of Satoshi Nakamoto. Bitcoin aimed to become a decentralized cryptocurrency and digital payment system that would enable the secure exchange of digital money without the need for central government authorities or financial intermediaries. It introduced the blockchain, which most everyone agrees is a truly brilliant architecture built on decades-old fundamental research in cryptography, distributed data, distributed computing, game theory and other advanced technologies.

How are they doing after 10 years? The September 1 issue of the Economist includes a special report on cryptocurrencies and blockchains, with nine articles on the subject. The report’s overview article doesn’t mince words in articulating its overall assessment: “Bitcoin and other cryptocurrencies are useless. For blockchains, the jury is still out.”

Andreas M. Antonopoulos “Blockchain, Not Bitcoin” Line of Thinking When I hear “I like blockchain but not Bitcoin”, I reply in the most respectful way, “that statement demonstrates a fundamental misunderstanding of Bitcoin”.

It wasn’t supposed to have worked out like this. Bitcoin began life, not surprisingly, around the time of the 2008 global financial crisis, as a kind of techno-anarchist project to empower and protect individuals who shared a deep distrust of governments and large companies. Its original objective was the creation of a people’s currency and an alternative global financial system not subject to interference from untrustworthy governments and banks.

A decade later, it’s barely used for its intended purpose. Relatively few vendors accept bitcoins, put off by its volatility and shady reputation.

The Creature From Jekyll Island This Video Explains Why The U.S. Financial System is Corrupt and How It Came To Be That Way

Its decentralized nature and mining based proof-of-work makes it slow – fewer than ten transactions per second compared to the tens of thousands handled by existing payment networks. Users must wrestle with complicated software to convert traditional money into and out of bitcoin’s ecosystem.

While bitcoin’s blockchain-based infrastructure is highly secure, the exchanges that handle the conversion to fiat currencies have been repeatedly hacked over the years. And once something goes wrong, there’s no recourse or central authority that can fix it. If you’ve stored bitcoins in an exchange that’s been hacked, they’re essentially lost. Similarly if you accidentally erase or mislay your bitcoin wallet, it’s likely impossible to recover. The bitcoin ecosystem doesn’t offer the sort of financial protections that most consumers take for granted.

But, regardless of bitcoin’s issues, its impact is undeniable. “Bitcoin has spawned a horde of imitators,” says the Economist. It’s given rise to a so-called token economy, where thousands of cryptocurrencies have been launched in the past few years, and different kinds of crypto-based digital assets have been created. Most are likely to quickly disappear, but others are trying to fix some of bitcoin’s key issues, like its wild price fluctuations.

Bitcoin’s volatility is partly a result of not being backed by any real-world assets. This is also the case with many other cryptocurrencies. But it’s possible to design cryptocurrencies whose overriding objective is to maintain a stable value by being pegged to physical assets and/or fiat currencies. An example is Digital Trade Coin, an asset-backed digital currency being developed as part of MIT’s Connection Science initiative.

Other crypto-based projects have generalized bitcoin’s original ideas beyond electronic cash and payments. Ethereum, for example, has developed a public, blockchain-based distributed computing platform where applications, called smart contracts, are executed under predefined circumstances, thus reducing the need for intermediaries. Ethereum’s cryptocurrency, the ether, is used to compensate the owner of whichever computer platform ends up running the smart contract.

Initial Coin Offerings are another related application, which emerged as a means of raising capital for crypto-based startups by going directly to investors, thus avoiding the regulations, costs and delays of dealing with traditional intermediaries like VCs, banks and stock exchanges. The ICO issuer creates crypto-tokens using an existing blockchain-chain based platform like Ethereum, then sells them to investors and potential customers to raise money for developing its offering. If the offering is successful, the associated tokens will hopefully rise in value. Tokens can also be used to reward users who contribute data, computing power or other assets, as is the case with with Endor’s EDR.

“Cash is pouring in,” notes the Economist. “According to one estimate,… by early August 706 ICOs had raised almost $18bn from a mix of institutional investors and individuals this year. That compares with just 221 ICOs in the whole of 2017, raising $3.7bn.” ICOs have democratized the ability of projects to crowdfund themselves, but their current lack of regulations increases the risks to investors. “For now… even honest ICOs are living in an uncomfortable legal limbo.”

How about blockchain, the technology underpinning bitcoin and just about all cryptocurrencies? “The advantages of blockchains are often oversold,” said the Economist. In fact, three years ago the Economist itself was guilty of precisely such overselling when it featured blockchain in the cover of its Oct. 31, 2015 issue with the tag line, “The Trust Machine: How the technology behind Bitcoin could change the world.”

Overselling is often the case with just about all promising technologies. This is why Gartner came up with its hype cycle, where all the excitement and publicity accompanying a new, exciting technology often leads to inflated expectations, followed by disillusionment if the technology fails to deliver. For the past few years, blockchain has appeared in Gartner’s yearly hype cycles, but so have deep learning, IoT platforms, virtual assistants and other highly promising technologies. It’s also not unusual for the hype to get out of hand and lead to situations like the AI winter in the 1980s and the dot-com bubble a decade later. So, the cautionary remarks about blockchain should be heeded.

Like the internet until the early- to mid-1990s, blockchain is still in in its early stages, with pilots underway in a number of application domains like supply chain ecosystems, and industries including financial services. “When they add an extra layer of security to things like financial accounts or official documents, they could be useful,” says the Economist in its concluding article. “A bigger prize awaits in the back office, reducing the time-consuming administration required for firms to talk to each other by providing a shared database which everyone can use.”

Finally, I particularly agree with the special report’s concluding paragraph: “Other compelling uses may yet emerge. But it is worth bearing in mind that big IT projects – which is what blockchains amount to – tend to be cumbersome and slow even if they are undertaken by a single company. If they require several companies to work together, they will take even longer. So whatever happens, blockchain’s backers will need patience.”

Bitcoin, the money of choice for anarchists, has managed to become an $8 billion currency without any identifiable leader. And without its own version of Julian Assange or Linus Torvalds, criticisms about bitcoin naturally become focused on the code and on the people building businesses on top of it. That’s the point of bitcoin. With bitcoin, you don’t have to trust anyone. You can just trust the code. The epic failure at Japanese bitcoin exchange Mt. Gox is an illustration, not a rebuttal, of that idea. Gox failed because its customers had to put their faith in the company, but the bitcoin network itself was untouched.

Two years ago, a bitcoin fan named “Myrtlewood,” put it this way when people were trying to identify Satoshi: “I hope we never find out who Satoshi is. Men are weak, ideas are bulletproof.”

As blogger Timothy Lee has pointed out, having an overly strong Bitcoin founder could create uncertainty about bitcoin’s technical future. A strong leader “would have been a liability in bitcoin’s early years,” he writes. “As bitcoin’s creator, Satoshi Nakamoto would have had a unique ability to change the rules of the game and get the bitcoin community to accept the changes.” This sort of thing could still undermine the digital currency. At the moment, the bitcoin system will eventually stop making new currency, and no central authority – no government, no Fed – can come in to make more, a move that would devalue bitcoins. 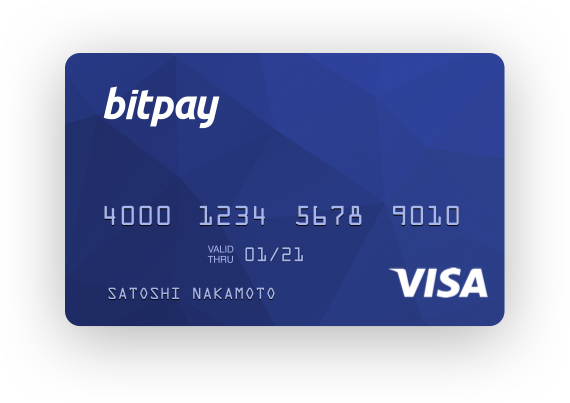 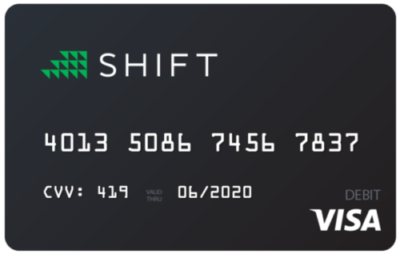 Trezor: Go Offline. Store Your Coins With Trezor. A Hardware Wallet Is The Safest Way To Manage & Trade Your Cryptocurrencies.

Ledger Nano: Protect Your Crypto Assets With One Of The Most Popular Multi-currency Hardware Wallets On The Market.

Bitcoin Insurance Policies – What They Are and Do You Need Them