Using A Listening Device To Identify Direction Of Gunfire 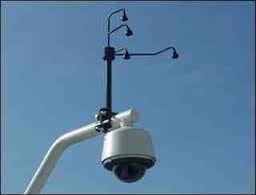 In an unusual application of neuroscience research, police agencies around the country may soon be able to equip street corners with microphones and video cameras to fight gun-related crime. Using A Listening Device To Identify Direction Of Gunfire

The system uses the equipment and a computer to recognize gunshots, pinpoint where they came from and transmit the coordinates to a command center. It relies on software that mimics the way the human brain receives, processes and analyzes sound. The system has drawn the attention of several law enforcement agencies, including police departments in Chicago , Oklahoma City and Phoenix and the Los Angeles County Sheriff’s Department .

The system was able to distinguish gunshots from voices, car traffic and construction. “You can find that brains can do it, but you can’t find physical systems that can do it. “It’s very hard to corrupt the signal in such a way that we don’t know what’s going on.”

The software is able to recognize sound by dividing it into small sections and matching them to known audio-wave patterns through a technique known as wavelet analysis. The system also examines the incoming sound as a whole, making sure that its components are heard in the proper order, even if one is obscured by other noises, such as a loud truck.

Over time, the system can learn to recognize certain sounds. “The gunshot has a particular unique signature, where you have the sound of the explosion when the firing pin hits the bullet and the sound of the bullet as it expels from the gun. “You’ve got a little blip, and then a drop, and then a big blip, and with the training we’ve done now, we’ve picked it up so that both blips are part of what it has learned.”

The system uses four microphones, contained along with the computer in a bulletproof box two feet by two feet by three feet. The system is able to determine quickly where a gun was fired, using the difference in time that the sound took to reach each microphone. The computer sends a signal to the video camera, which zooms in on the location. The system then transmits information and the video directly to law enforcement headquarters. The devices, which cost up to **** each, can cover an area with a radius of about 200 yards.

The Los Angeles County Sheriff’s Department’s person who is in charge of evaluating technology for the agency, said that the system is likely to provide greater “situational awareness.” In about six months, the sheriff’s department will test the devices, installing as many as 20 around Los Angeles County.

The information and video images can be immediately reviewed by officers at headquarters who may be able to determine the nature of the incident, he said. “Because of that we gain a tremendous tactical advantage before we arrive on the scene,” he added.

Beyond standard urban law enforcement, the American military has taken notice of this are of research. In fact, the Office of Naval Research in Arlington, Va., has been financing this research for the last 10 years.

In the summer of 2002, the inventor had been working on applying his research to voice recognition software, and discovered that it worked even in very noisy environments.

The Office of Naval Research and other agencies approached the inventor independently to discuss possible commercial applications. He said that the military had ideas for using his technology to monitor “security-breaching noises,” such as the sound of a chain-link fence being cut, or to recognize human voices in unauthorized areas.

“It has a lot of applications,” said the program officer at Office of Naval Research. “Any perimeter that you want to secure and you don’t want to expend a lot of assets in guarding – you want to do it on a 24-hour basis – these systems are all good for that.”

The program officer at Office of Naval Research envisions the day when the system can be incorporated in a hand-held device that soldiers could use in the battlefield.

A professor of neurosurgery at the University of Pittsburgh and a member of a committee that reviews this research, said that his work on voice recognition was “a major step forward in terms of what people have done.” The gunshot-recognition system is based on the same technology, and while it is possible that it would not work as well, “I don’t know why it wouldn’t,” he said.

The inventor said that the next version of the system might also include the ability to recognize different sounds at once. For example, the ability to recognize a human voice, human footsteps, gunshots and the climbing of a chain-link fence, which in combination would paint the picture of an armed break-in. He also wants to upgrade the system’s visual abilities so that it could track the shooter.

To do that, the system would have to recognize human shapes. “There are multiple things in an urban setting that can be moving,” he said, “but we want to have form identification.”