* Although it is not proven. The M.A.C.S. might be used to counter some of the ill-effects of Electronic Harassment!

Same high shielding effectiveness as Pure Copper, but vastly superior tarnish and corrosion resistance due to Nickel plating. Polyester base fabric for toughness and light weight. Only 0.08mm thick. Surface Resistance: 0.01-0.03 Ohm/sq. Because Nickel may produce skin allergies, this material is not intended for direct contact with skin. Protective gloves are recommended when handling this material. 42.5 inch wide.

Washing Instructions: Do not machine wash or dry clean. Dry brush, wipe with damp cloth, or rinse in plain water. Hang dry. Do not iron. 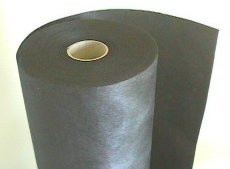 Our Microwave-Actracting Carbon Sheet (M.A.C.S.) is conductive in some forms, and a very good microwave absorber. Using non-woven nearly-pure carbon fibers, to achieve both good microwave shielding and high absorption, this unique material has the following specifications:

Carbon Base Material (Without Plastic Laminate): 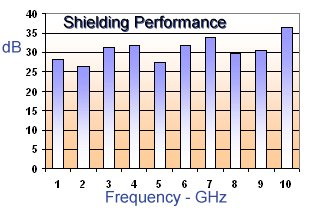 We are pleased to offer this improved version of our very low cost microwave absorber sheet. This version is plastic laminated on both sides. This gives better durability and easier handling. Dust is reduced and skin contact is not a problem.

1- Double or Triple The Layers Of Microwave-Actracting Carbon Sheet (M.A.C.S.) To Increase Effectiveness.

2- To Create A Super High Performance Enclosure, You Combine A Layer of The M.A.C.S. With A Layer of A High Performance Fabric Shield Such As Our Wi-Fi Blocking Wall Paper. Line The Inside of The Shield With M.A.C.S…. It Will Scavenge Any RF Which Might Leak In.

3- Grounding Is Not Necessary With This Material.

4- Minimize Repeated Bending/Flexing of This Material.

Super light weight. Can be used to line walls and containers, make drapes or partitions. Does not permit air circulation, minimal light penetration.

48 inch wide, but surface is non-conductive due to laminate.

Washing Instructions: Do not machine wash or dry clean. Dry brush or wipe with damp cloth. Do not iron. 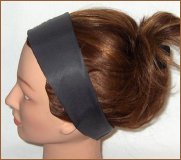 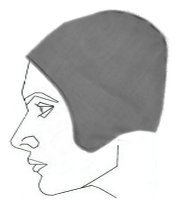