Today, Amazon rolled out over a dozen new devices and services, including more dynamic ways to speak with Alexa and a cloud gaming service named Luna. Amazon Is Embracing Surveillance-As-A-Service

The highly produced showcase has been held every September for a few years now, and as the biggest Alexa event of the year, it casts a spotlight on Amazon’s ambitions.

Last year, a major theme was that Amazon wants you to use its recommendation engines, and this year the message couldn’t be clearer: Amazon is in the business of selling surveillance-as-a-service. 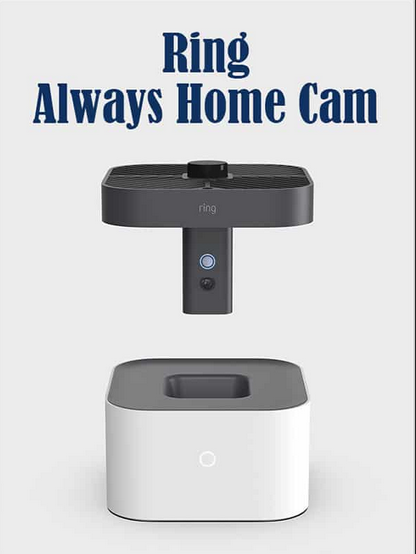 Each of these features and products — from live video of your car’s interior to home surveillance — is designed to lead down a rabbit hole to a paid service. For example, Alexa Guard, which turns Echo speakers into listening devices when people are away from home, was free at launch a few years ago. A free version still exists, but today Amazon launched Alexa Guard Plus, a paid $5 a month service.

These products and services reveal an orchestrated strategy to slow-walk people into not only accepting surveillance of virtually every aspect of their lives but paying for it — despite the fact that normalization of surveillance allows Amazon to flip a profit at all points, from partnering with cities and police departments to negative Neighbors app activity that exacerbates fears of getting pulled over by the police.

Once a moratorium ends in 2021, Amazon will be able to sell facial recognition to police too.

If you followed the spate of bad news about Ring in the past year – stories of racial profiling, partnerships with more than 1,300 police departments nationwide, and the hacking of a camera in an eight-year-old’s room — this strategy may come as little surprise.

To advance its surveillance-as-a-service offerings, Ring today introduced the Always Home Cam, a drone that maps the interior of your home and then flies around for periodic inspections or remote flights.

The Echo Home 10 smart display Amazon introduced today is designed to swivel so it can follow you during a video call or when you’re speaking with Alexa. People dealing with the deluge of Zoom calls that are part of our modern reality may find practical value in a device that follows them while they’re on video calls.

But I can speak from experience here: Devices that follow people from room to room will freak out your guests. That might not matter as much during the pandemic when people have far fewer guests inside their homes, but I had a Jibo in my home during a birthday party a few years back, and I can tell you some people are mortified by a device that detects your presence and swivels to face you.

Perhaps Jibo’s human headlike shape and digital face pushed people into a part of the uncanny valley the Echo Show 10 can avoid, but owners of these devices shouldn’t be surprised if this feature disturbs visitors.

But Echo Home 10 doesn’t just swivel to follow you. When you’re out, the device doubles as a home security system, with the ability to swivel toward sounds it hears or allow a person watching remote live video to see more.

Outside the home, Ring’s Car Cam can act as a car alarm, and when paired with Car Connect it can show you live video footage from inside your car.

It can also respond to a voice command and begin recording if a driver is pulled over by police. And new Alexa Guard features mean each Echo device can listen for specific sounds and respond if it hears a crying baby, barking dog, or sirens.

Finally, the Care Hub was introduced today to give family members a way to remotely monitor their loved ones. There’s also Halo, the fitness tracker introduced earlier this month with a paid service.

Surveillance-as-a-service does not take place in a vacuum. Even before COVID-19, democratic and autocratic governments around the world were increasing their use of surveillance technology. Reduction in surveillance technology is also a focus of the policy platform Vision for Black Lives, which was recently created by more than 50 Black community organizations.

To assuage people’s privacy concerns, Amazon introduced the “Alexa, delete everything I ever said” command, and Ring plans to roll out end-to-end video encryption.

But Amazon products and services introduced today serve as behavioral nudges to get people to speak with Alexa more, rely on Amazon’s recommendation engines, pay ongoing subscription services, and prepare people for ambitious surveillance products that could be on the way.

Such products include outdoor drones for private property surveillance, a service today provided by companies building drone-in-a-box systems for security of a single home or a neighborhood. In potentially related news, last year Amazon was awarded a surveillance patent that could be used by delivery drones.