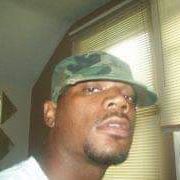 In this article we introduce you to Bennie Overton, a cryptocurrency expert and educator based in the US.

The twist to this story is that Bennie is currently serving time in a US jail.

In the accompanying podcast we discuss how Bennie became incarcerated, his journey into Bitcoin and how it fundamentally changed his whole outlook on the world.

We also debate the current failings in the global financial monetary system, why it is no longer fit for purpose as well as Bennie’s “New Money: Revolution” movement and his mission to inspire others in similar situations to him.

Most importantly we discuss why “Bitcoin Equals Freedom”.

I was “arrested” by firefighters unlawfully, but judge barrett ignored my 4th amendment claim.

I went to trial and was convicted by an all white jury, 17 yr sentence. My case is not really a federal case. Vindictive prosecution.

I’ve been gone since May 2012. I have a 10yr old son. No one was hurt in my case. No property damage. The judge continually coached the prosecutor.

I’ve been fighting from the law library by myself for 8 yrs. I learned about bitcoin in 2017 reading The Internet Of Money by Andreas Antonopoulos and I created a class to teach other prisoners. I’ve also completed more than 25 education and re-entry courses during my time in prison.

I transferred to a new prison 6 months ago because my dad has STAGE 4 lung cancer because he couldn’t travel to visit.

Three months ago my mother hit the lottery and paid a fellow prisoner here $1,000 for this used smartphone that I have. Two months ago I joined Facebook to create a group to continue educating people about bitcoin technology and I’m now up to 267 members, single-handedly. The name of my group is NEW MONEY: REVOLUTION

No one was hurt. There was no property damage.

He was unlawfully ‘arrested’ by firemen.

The judge ignored his 4th ammendment claim and coached the prosecutor during trial.#BlackLivesMatter #covid19behindbars Thread pic.twitter.com/YweRsEuiCi

— Anti-Fascist AWK (@AWKWORDrap) June 12, 2020
Bennie was convicted by an all-white jury and sentenced to 17 years.

He’s completed 25+ education and re-entry courses, and now teaches a course on bitcoin.

He has no lawyer or outside support, and is in danger of contracting COVID-19.#BlackLivesMatter #covid19behindbars

— Anti-Fascist AWK (@AWKWORDrap) June 12, 2020
Maybe we can all raise public awareness of this young man’s plight to the level of even getting legal assistance to review his case while at the same time contributing to further his academic pursuits while he awaits a proper review of his case.