Last week, Axios political reporter Jonathan Swan teased his HBO interview with President Trump as “one of the most shocking exchanges” he’s ever had with him. Trump Speaks With Jonathan Swan Of Axios On The Publication’s HBO Program

Now, with the whole thing having aired, what had been the signal “shock” moment — Trump’s claiming the intelligence that Russia was funding Taliban targeting of U.S. troops in Afghanistan never reached his desk — just seems to blend in with all the other stuff. 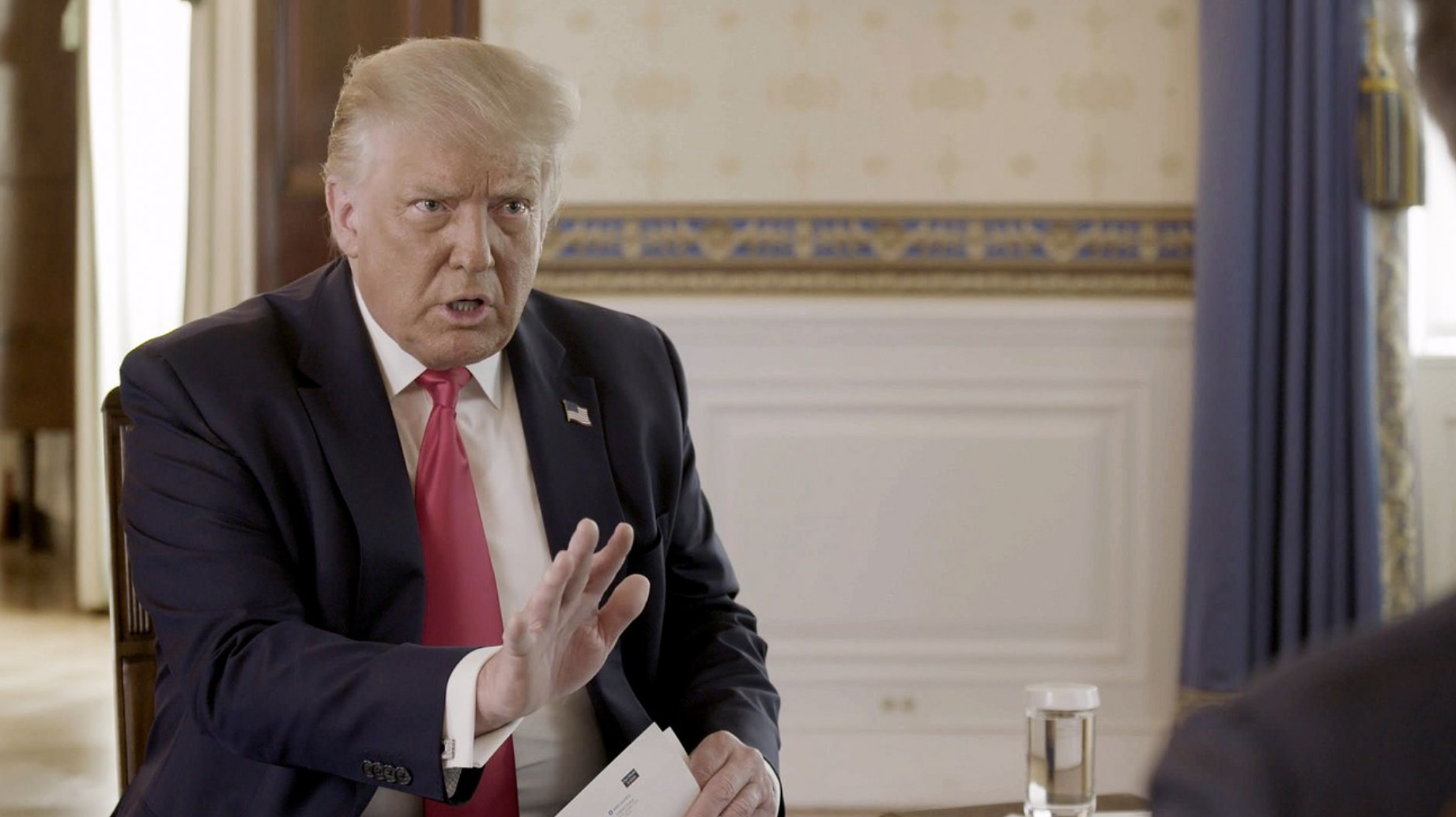 The exchange that gained the most traction on social media, where the chat went viral overnight, finds Trump talking about how his administration has done an “incredible” job of navigating the pandemic and how the outbreak is “under control” despite surging infection numbers.

Swan kicked off the interview by asking whether Trump was employing “wishful thinking” when it comes to a public health crisis that has left more than 155,000 in the U.S. dead.

Swan asked how Trump could claim that the outbreak is “under control” when the average daily number of deaths is again more than 1,000.

“They are dying — that’s true. And it is what it is,” Trump said. “But that doesn’t mean we aren’t doing everything we can. It’s under control, as much as you can control it.”

Later, the topic shifted to the legacy of late civil-rights hero John Lewis, and Trump wouldn’t budge when it came to joining those across the political spectrum praising Lewis’s impact.

“I don’t know. I don’t know John Lewis. He chose not to come to my inauguration,” Trump said after being asked how he thought Lewis would be remembered. “I never met John Lewis, actually.”

Swan pushed ahead, asking if Trump found Lewis, who rose to prominence in the civil-rights movement in his early 20s and went on to represent his Atlanta-area district in Congress for more than three decades, to be an impressive figure.

“I can’t say one way or the other. I find a lot of people impressive. I find many people not impressive, but, no, he didn’t come to my inauguration,” Trump said, adding that he’s done more for Black Americans than another other president. “He should’ve come. I think he made a big mistake.”

And when given the chance to perhaps massage his earlier well-wishes for Ghislaine Maxwell, the former confidante of Jeffrey Epstein who has been charged with trafficking underage girls, Trump maintained his show of support and stoked the flames of a conspiracy theory.

“Her boyfriend died in jail, and people are still trying to figure out how did it happen, was it suicide, was he killed?” he said. “I do wish her well. I’m not looking for anything bad for her.”