Scientists To Use Crspr To Bring Woolly-Mammoth Back To Life

World’s Oldest DNA Unlocks Lineage of Ice Age Mammoths. Scientists To Use Crspr To Bring Woolly-Mammoth Back To Life

Genetic material taken from carcasses that were preserved in Siberian permafrost reveals a prehistoric species. 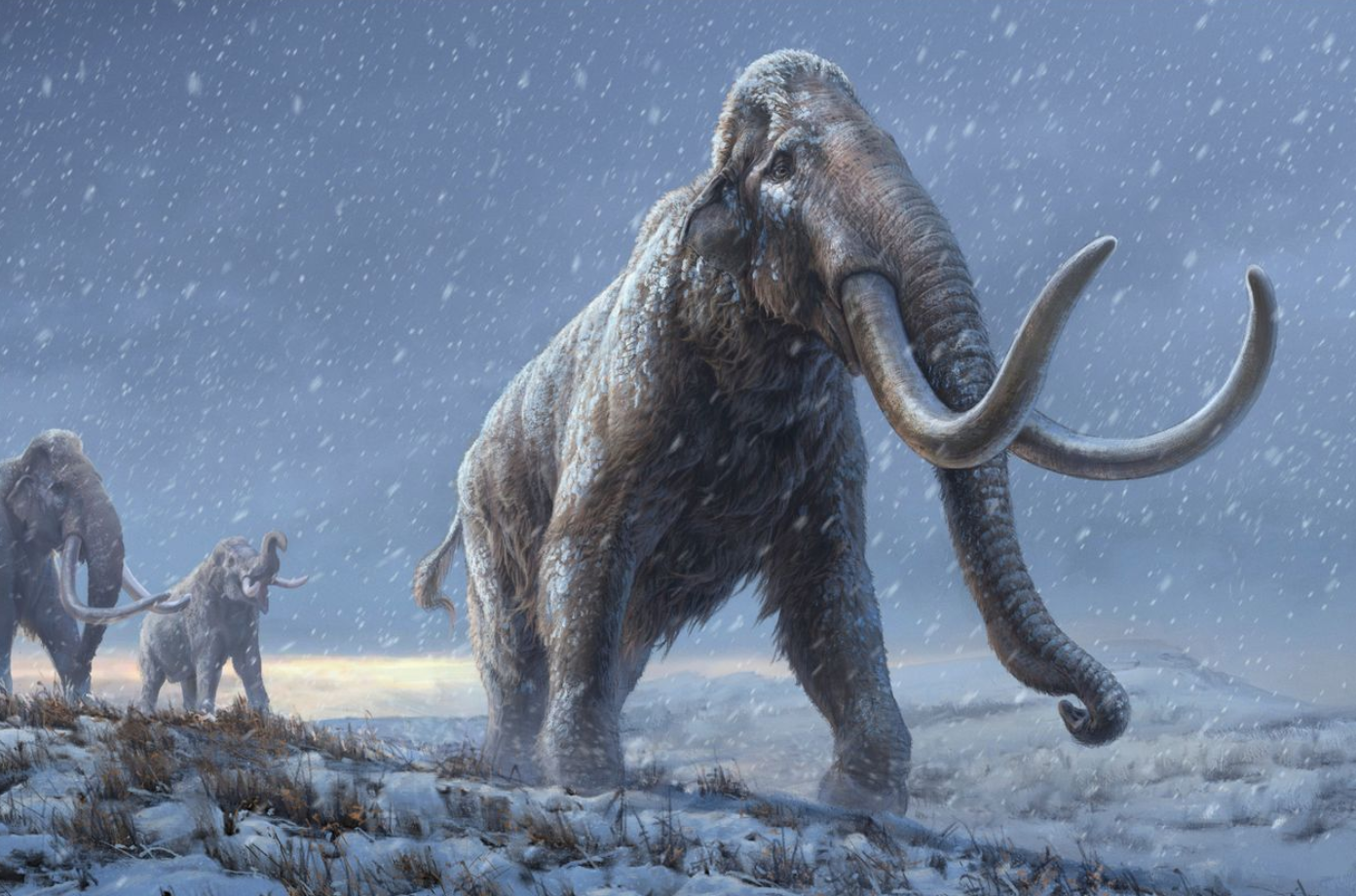 A Reconstruction Of Steppe Mammoths That Evolved Into The Woolly Mammoth.

Reaching back in time more than a million years, scientists reported Wednesday that they had recovered the world’s oldest known DNA from mammoths whose carcasses had lain frozen in the Siberian permafrost since the Ice Age.

Extracted from molars taken from the long-extinct elephants, the DNA dates back about 1.2 million years, the scientists reported in the journal Nature. Until now, the most ancient known DNA belonged to a prehistoric horse that lived between 560,000 and 780,000 years ago in what is now the Yukon territory in Canada.

The researchers reconstructed relatively complete sequences of DNA from three specimens as part of an effort to study the mammoth family tree. Variations in the genetic material showed how the 10-ton tusked behemoths evolved in an era when mile-thick ice sheets covered much of the Northern Hemisphere—and revealed a previously unknown ancestor of the mammoths that once roamed North America.

“With this mammoth DNA, you can look directly at evolution across more than a million years of time,” said Alfred Roca, a conservation geneticist at the University of Illinois at Urbana-Champaign who studies elephant evolution but who wasn’t part of the group that conducted the new research. “You can see the changes in the DNA and watch one species evolve into a very different species.”

At the height of Ice Age some 20,000 years ago—what scientists call the last glacial maximum—the cold, dry grassland where the mammoths lived was the most extensive habitat on earth. It stretched from Spain eastward across Eurasia to Canada and from the Arctic islands southward to China.

As many as 10 million mammoth carcasses are preserved in the Arctic permafrost, according to paleontologists at the U.K.’s Natural History Museum in London. Well-preserved remains of mammoths turn up so often that modern tusk hunters in Russia are able to export up to 80 tons of mammoth ivory every year, according to a 2019 estimate by University of Cambridge economists. 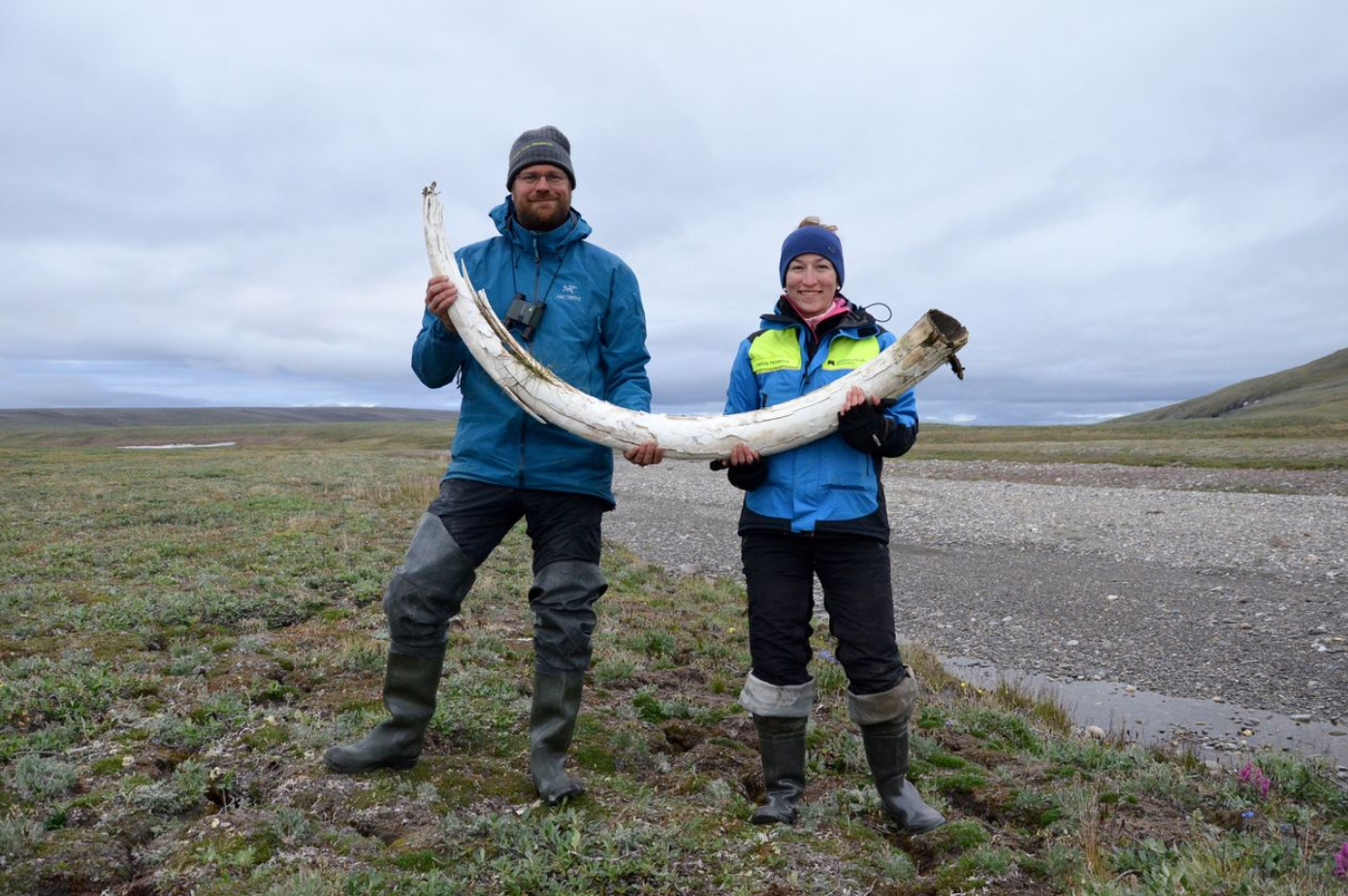 Love Dalén And Colleague Patrícia Pečnerová With A Mammoth Tusk On Wrangel Island.

When exhumed, some mammoths appear so fresh that their soft tissues and woolly pelts are intact. From such specimens, scientists extract and study ancient DNA, hoping to better understand the animals that once dominated the planet—with some researchers wondering if it might be possible to bring them back to life.

For the new research, an international team of scientists led by the evolutionary geneticist Love Dalén at the Centre for Palaeogenetics at Stockholm University took the DNA from mammoth carcasses that had been found in northeastern Siberia during the 1970s and then kept at the Russian Academy of Sciences’ Geological Institute in Moscow.

“This DNA was extremely degraded into many very small pieces,” Dr. Dalén said. “We had to sequence many billions of ultra-short DNA sequences in order to puzzle this genome together.”

DNA from the older two specimens dated to around 1.2 million years ago, the scientists said. Both belonged to a species called the steppe mammoth, which typically measured 15 feet tall and sported curving tusks up to 16 feet long. The third specimen belonged to one of the earliest known woolly mammoths, a smaller species that lived between 500,000 and 800,000 years ago, the scientists said.

The genetic analyses identified one of the steppe mammoths as a member of a group that eventually evolved into the woolly mammoth, a species that survived in some regions until about 4,000 years ago. The other steppe mammoth belonged to a previously unknown lineage that may have been an ancestor of the Columbian mammoths that later lived in North America.

“To our surprise, there may well have been two species of mammoths out there, and one of them we didn’t know existed,” Dr. Dalén said.

The scientists dated the specimens by using the evidence of other remains at the site, the age of the sediments in which the carcasses were buried and the traces of periodic changes in the planet’s magnetic field preserved in the mineral layers. They also used a so-called molecular clock that measures age by calculating the rate at which genetic mutations accumulate over time. 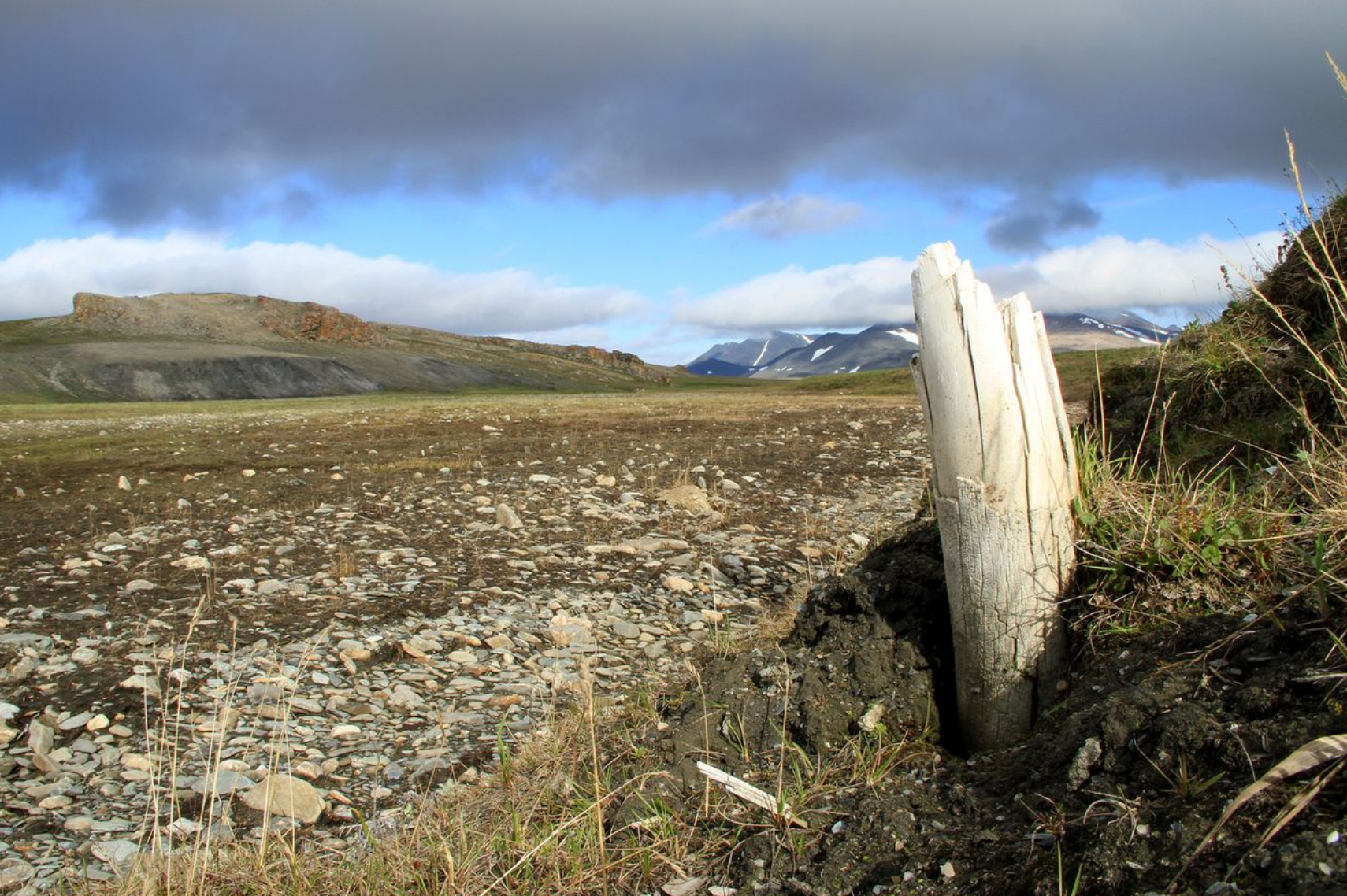 A Woolly-Mammoth Tusk Emerging From Permafrost On Wrangel Island, Off The Coast Of Northeastern Siberia.

Other scientists have tried to use mammoth DNA extracted from such finds in experiments designed to see if it might be possible to resurrect the iconic Ice Age denizens.

In 2019, researchers at Japan’s Kindai University took genetic material from a 28,000-year-old mammoth found in Siberia and implanted it into mouse cells. But the genes were too damaged to function properly and showed no signs of the molecular activity required for cell division.

Dr. Dalén said he doubted efforts to resurrect the mammoth would bear fruit. “I personally am slightly skeptical that it will ever work,” he said.