A driver calls on the sport to get rid of Confederate flags at races. That’s exactly what happened next. Nascar Is Getting Rid Of Confederate Flags And You Can Thank Bubba Wallace 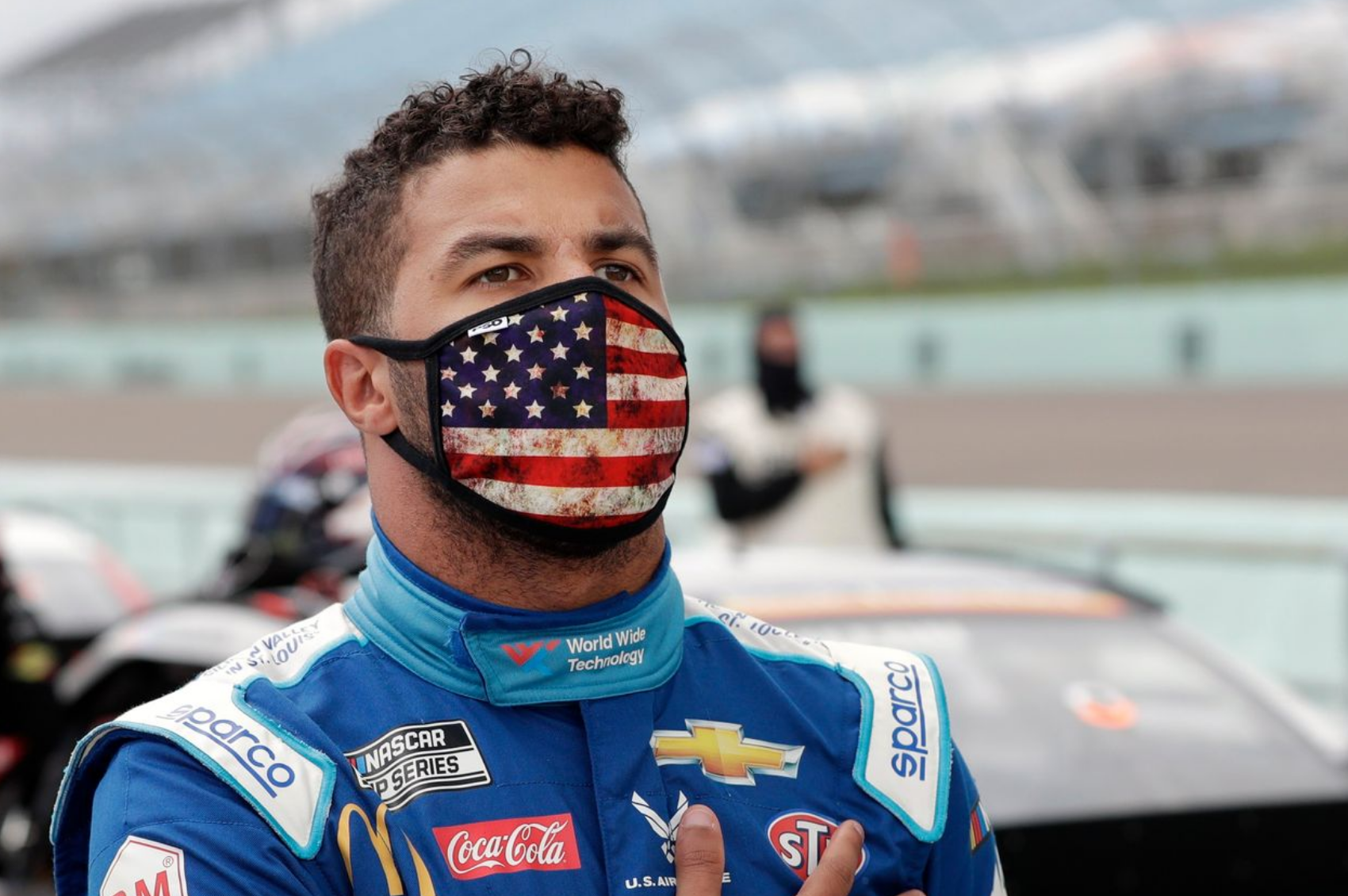 As crazy as these times had gotten for Bubba Wallace, there was always the car. A race car barreling around the track at speeds approaching 200 mph? That would always be Wallace’s sanctuary, his happy place.

Outside the car, it had been a challenging few months for the country—and a stirring couple of weeks for the 26-year-old Wallace. The lone black driver racing full-time at Nascar’s highest level, Wallace had seized the moment as protests against racism and police brutality began after the killing of George Floyd. Institutions everywhere were grappling with their own histories. On June 8, Wallace went on CNN and said his sport should fully prohibit the Confederate flag at races.

Nascar had asked fans to not bring the Confederate flag to races back in 2015, but here was a driver pushing for a straight-up ban.

“Get them out of here,” Wallace said.

A day and a half later, Nascar did precisely that.

“The presence of the Confederate flag at Nascar events runs contrary to our commitment to providing a welcoming and inclusive environment for all fans, our competitors and our industry,” the organization said in a statement.

It felt both seismic and obvious—a symbolic act in a sport with deep Southern roots that should have happened a long time ago, but one that underscored the reckoning happening across the country as a whole.

Wallace was at the front and center of Nascar’s discussion. It was a position he welcomed. He had done a one-on-one interview with driver Ty Dillon in which he talked about some of the racist provocations he had endured coming up in the ranks.

He’d joined drivers like Dillon, Ryan Blaney and Jimmie Johnson in a video advocating for change. Most stirringly, Wallace—who drives Richard Petty’s iconic No. 43 car for Petty’s RPM team—raced on June 10 in a 43 car outfitted with a Black Lives Matter paint scheme, finishing 11th in a race at Martinsville Speedway in Virginia.

For all of its rebellious roots, Nascar today is a sponsor-driven sport where drivers hesitate to say or do anything that could unsettle corporate money. But for the North Carolina-raised Wallace, these choices felt natural. The tide was shifting. He was hoping more sponsors might come aboard his team.

“If you know me, I don’t hold back,” he said. “I take what I can get, and whatever falls. And I stepped over the line a lot. There’s some things that I wish I could go back [on], but at the end of the day, I stand up for what’s right, stand up for what I believe in.”

When we spoke, Wallace said he’d just had a conversation with his boss, Petty, the Nascar legend known as The King.

“It was good to talk to him for a little bit,” he said. Wallace said the 82-year-old Petty had been encouraging, even adding a peace symbol to the rear quarter panel of the Black Lives Matter car—a throwback to Petty’s own racing schemes back in the ’60s and ’70s.

“At the end of the day, it’s his car, and he supported the move,” Wallace said.

He felt backed up at the track among his competitors. “It’s been really good, the support there,” he said. Drivers like Johnson, the veteran champion and two-time Daytona winner, had come forward to support him and endorse Nascar’s move to ban the Confederate flag.

“We still race each other super hard,” Wallace said. “We’re competitive and don’t give each other room, we piss each other off, so that’s normal.”

It had already been a surreal season. After a pandemic shutdown, Nascar has come back without fans, an experience that Wallace called “kind of an eerie feeling…like a deserted theme park.” Fans are now being gradually returned to the stands—there will be 5,000 allowed in Talladega this weekend—and Wallace expects there will be some who try to challenge the Confederate flag prohibition.

“We’re definitely going to get some flak each and every day, whether it’s social-media keyboard warriors, or people in person,” he said.

He was used it by now. For the race at Martinsville, Wallace had been flanked by extra security. “It’s definitely been heightened around me, just because you live in a world where you voice your opinion, and [stuff] changes,” he said. “It’s something that you got to look out for.”

As always, he remained focused on his race car—his happy place, what he loved most of all. He felt he’d been racing better, which motivated him.

“I want to be a champion, and win races as much as I can and elevate my platforms and become an icon in the sport,” he said. “It’s going to take a lot of hard work and determination from my camp and for myself to get to where we need to be.”