Musk Targets Telecom For Next Disruption With Starlink Internet 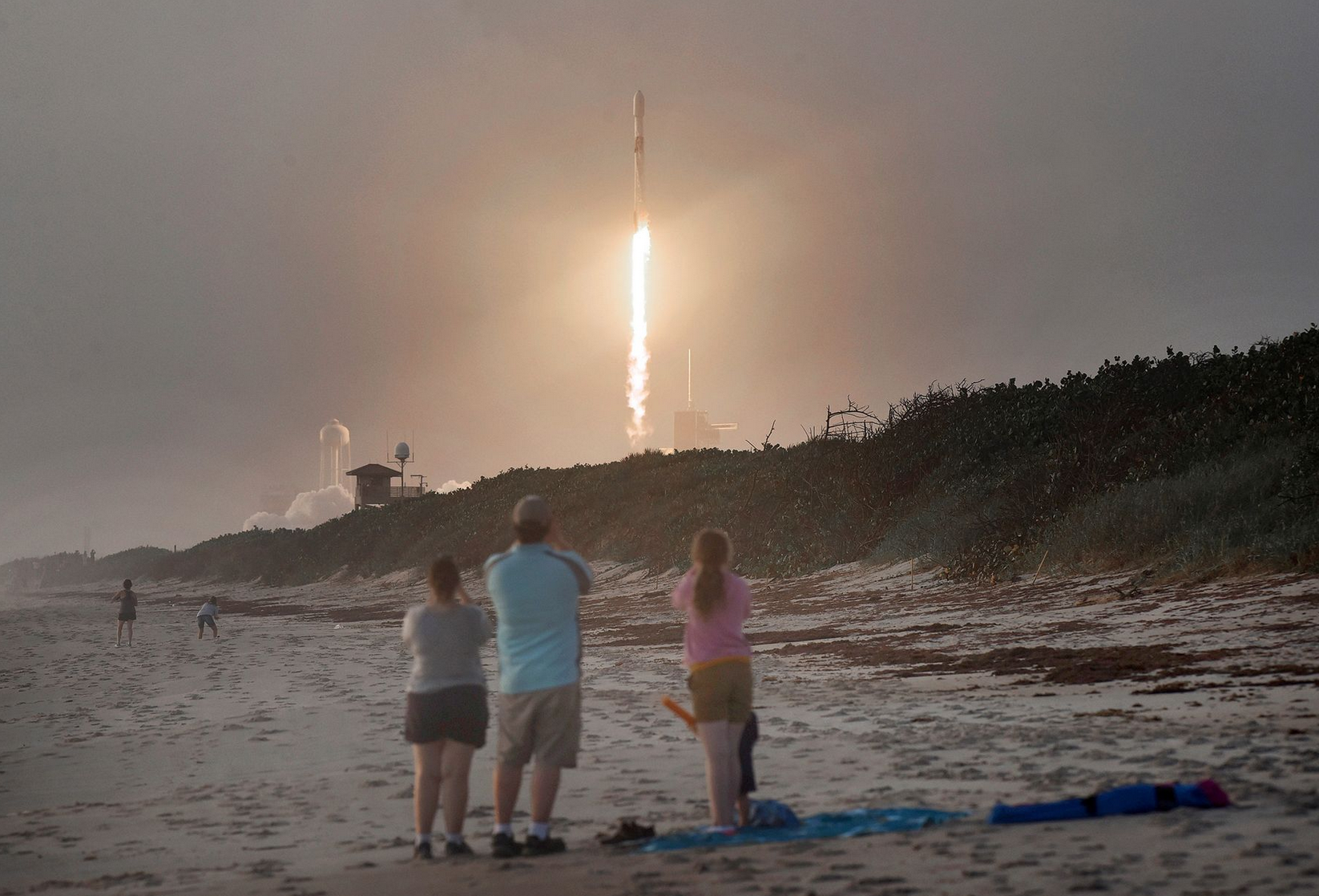 Now he’s setting his sights on another business dominated by entrenched incumbents: telecommunications.

Musk’s Space Exploration Technologies Corp. has launched more than 1,000 satellites for its Starlink internet service and is signing up early customers in the U.S., U.K. and Canada. SpaceX has told investors that Starlink is angling for a piece of a $1 trillion market made up of in-flight internet, maritime services, demand in China and India — and rural customers such as Brian Rendel.

Rendel became a Starlink tester in November after struggling for years with sluggish internet speeds at his 160-acre farm overlooking Lake Superior in Michigan’s Upper Peninsula. After he paid about $500 for the equipment, FedEx arrived with a flat dish and antenna. For $99 a month, Rendel is now getting speeds of 100 megabytes per second for downloads and 15 to 20 for uploads — far faster, he says, than his previous internet provider.

“This is a game changer,” said Rendel, a mental health counselor, who can now easily watch movies and hold meetings with clients over Zoom. “It makes me feel like I’m part of civilization again.”

For months, SpaceX has been launching Starlink satellites on its Falcon 9 rockets in batches of 60 at a time, and the 17th Starlink launch was on Jan. 20. There are now roughly 960 functioning satellites in orbit, heralding an age of mega-constellations that have prompted worries about visual pollution for astronomers.

But the Starlink array in low-Earth orbit, closer to the planet than traditional satellites, is enough to enable SpaceX to roll out service along a wide swath of North America and the U.K. As SpaceX sends up more satellites, the coverage area will grow, expanding the potential customer base — and revenue stream — beyond the initial stages of today.

“The big deal is that people are happy with the service and the economics of Starlink versus other alternatives,” said Luigi Peluso, managing director with Alvarez & Marsal, who follows the aerospace and defense industries. “SpaceX has demonstrated the viability of their solution.”

Last year, SpaceX Chief Operating Officer Gwynne Shotwell said that Starlink is a business that SpaceX– one of the most richly valued venture-backed companies in the U.S. — is likely to spin out and take public. That dangles the possibility of another Musk enterprise offering shares after last year’s sensational stock-market gains by Tesla Inc.

Starlink will face plenty of competition. While fiber optic cable is widely considered too expensive to lay down in remote regions and many rural locations, cellular connectivity is expected to make big advances with 5G and then 6G. Meanwhile, a number of innovative attempts to extend cellular to unserved areas are being developed by other well-heeled companies such as Facebook Inc.

“There will always be early Starlink adopters who think that anything from Elon Musk is cool,” said John Byrne, a telecom analyst at GlobalData. “But it’s hard to see the satellite trajectory keeping pace with the improvements coming with cellular.”

SpaceX, based in Hawthorne, California, is primarily known for launching rockets for global satellite operators, the U.S. military, and NASA. Last year, SpaceX made history by becoming the first private company to fly astronauts to the International Space Station.

Starlink marks SpaceX’s first foray into a truly consumer-facing product. Maintaining strong service while growing the customer base is something SpaceX has never tried before.

“Like any network, Starlink is going to enjoy rave reviews while it is underutilized,” said industry analyst Jim Patterson. “However, it will be challenged with the same congestion issues as their peers as they grow their base.”

Then again, SpaceX says the service will improve as it builds out more infrastructure.

“As we launch more satellites, install more ground stations and improve our networking software, data speed, latency and uptime will all improve dramatically,” Kate Tice, a senior engineer at SpaceX, said in a livestream of a Starlink mission in November.

Starlink is gearing up for a big 2021, hiring software engineers, customer support managers, a director of sales, and a country launch manager.

The fan fervor that made Tesla cars such a hit with consumers and retail investors extends to Starlink. Facebook groups, Reddit threads and Twitter are filled with reports from early customers sharing images of their download speeds. You Tube has videos of people “unboxing” their Starlink dish and going through the initial set-up.

Ross Youngblood lives in Oregon and works remotely as an engineer for a tech company in San Jose. He owns a Tesla Model X and follows All Things Musk pretty closely. He got Starlink before Thanksgiving.

“I just plugged it all in and it started to work,” said Youngblood. “It’s going to be very disruptive, and I don’t think enough people are paying attention.”

Many other customers are waiting in the wings. In December, the Federal Communications Commission awarded SpaceX $885.5 million in subsidies as part of a wider effort to bring broadband to over 10 million Americans in rural areas. SpaceX will focus on 35 states, including Alabama, Idaho, Montana and Washington.

“We can’t continue to throw money at aging infrastructure,” said Russ Elliot, director of the Washington State Broadband Office. “With Starlink, you can be anywhere. The cost to build in deep rural or costly areas is now less of an issue with this technology as an option.”

Early in the coronavirus pandemic, Elliot connected SpaceX with members of the Hoh Tribe in far western Washington. The Native American community had struggled for years to bring high-speed internet to their remote reservation, which spans about 1,000 acres and has 23 homes. Kids struggled to access remote learning, and internet connections were so slow that downloading homework could take all day.

“SpaceX came up and just catapulted us into the 21st century,” said Melvinjohn Ashue, a member of the Hoh Tribe, in a short video produced by the Washington State Department of Commerce.

In a phone interview, Ashue said that the first thing he did once he connected to Starlink was download a long movie: Jurassic Park. Now most of the reservation’s households have Starlink, making it possible for families to access not just online schooling but tele-health appointments and online meetings.

“Internet access is a utility. It’s no longer a luxury,” said Maria Lopez, the tribal vice chairwoman. Lopez said that Starlink was easy to hook up. The scariest part was climbing up a ladder to set up the dish on her roof.

“Every now and then it will glitch,” she said. “But it quickly reboots itself.”

Honeywell International Has The World’s Most Powerful Quantum Computer

Quantum Computers Spur Race To Break And Save Encryption (#GotBitcoin?)