Authorities in the Southern California city of Palmdale are investigating the death of a 24-year-old black man found hanging from a tree, which they originally described as an apparent suicide, prompting outrage in the community. Cops Investigate Hanging Death Of Black Man; Second In 2 Weeks (Petition)

PALMDALE, Calif. — Authorities in the Southern California city of Palmdale are investigating the death of a 24-year-old black man found hanging from a tree near City Hall, which they originally described as an apparent suicide, prompting outrage in the community.

Petition To Investigate The Death of Robert Fuller

Fuller’s death has generated intense scrutiny, especially after nationwide protests rebuking the police killing of George Floyd. In a surprising turn, the case brought to light the death of another black man found hanging from a tree on May 31 in Victorville, a desert city about 45 miles (72 kilometers) east of Palmdale.

On Saturday, hundreds of protesters took to the streets of Palmdale, a city of 150,000, marching from the park where Fuller’s body was found to the sheriff’s station. Many carried signs that said “Justice for Robert Fuller.”

More than 100,000 people signed an online petition demanding a full investigation into Fuller’s death. Community members confronted city officials at a contentious news briefing Friday, asking why they were quick to label his death a suicide and demanding an independent autopsy. 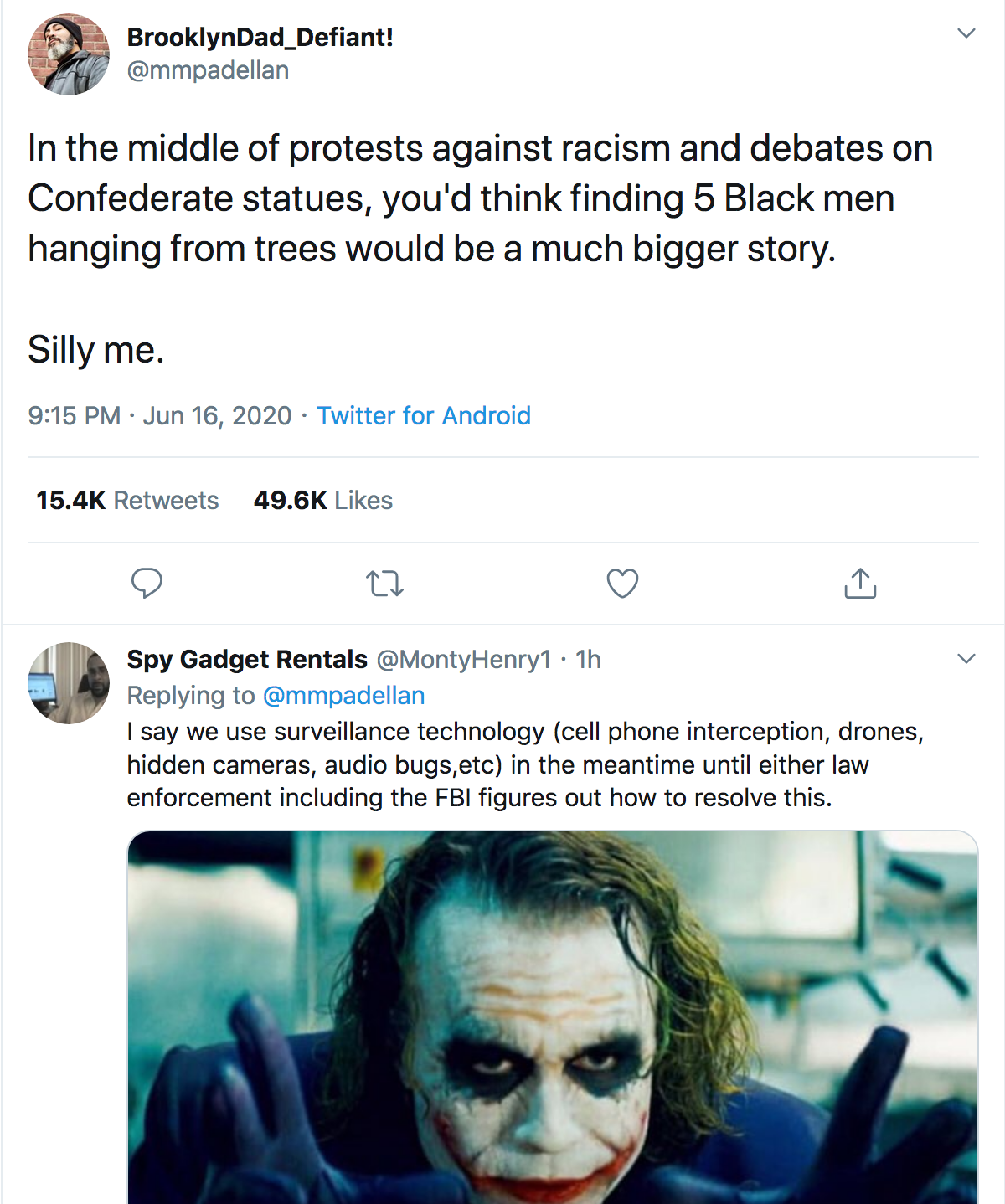 “I have doubts about what happened,” Marisela Barajas, who went to the press conference and joined a crowd gathered at the tree where Fuller’s body was found, told the Los Angeles Times.

“All alone, in front of the City Hall — it’s more like a statement,” she said. “Even if it was a suicide, that in itself is kind of a statement.”

Lt. Kelly Yagerlener of the county medical examiner-coroner’s office said a decision on the cause of death is deferred pending an investigation. A full autopsy is planned.

Residents demanded surveillance video around the time and place where Fuller’s body was found. The city said there were no outdoor cameras, and video recorders on a nearby traffic signal could not have captured what happened.

Sheriff’s Capt. Ron Shaffer said homicide detectives were investigating the circumstances leading to Fuller’s death to determine if foul play was involved. He urged members of the public to contact detectives if they have relevant information, particularly about where Fuller had been and who he had been with in recent weeks.

Palmdale officials wrote in a statement that investigators have been in contact with Fuller’s family. A statement posted on the city website said it supports calls for an independent investigation and independent autopsy.

KPCC-FM reports that at the march Saturday, Fuller’s sister Diamond Alexander insisted her brother was not suicidal.

“Robert was a good little brother to us and it’s like everything they have been telling us has not been right … and we just want to know the truth,” she said.

In neighboring San Bernardino County, authorities there said they were still investigating the cause of death of 38-year-old Malcolm Harsch, whose body was found hanging in a tree near the Victorville City Library. A sheriff’s spokeswoman, Jodi Miller, told Victor Valley News foul play was not suspected in Harsch’s death but the man’s family said they were concerned it will be ruled a suicide to avoid further attention.

In a statement to the publication on Saturday, the family said a few people who were at the scene told them there was blood on his shirt but no indication of a struggle. They said Harsch didn’t seem to be depressed and had recent conversations with his children about seeing them soon.

“The explanation of suicide does not seem plausible,” the statement said. “There are many ways to die but considering the current racial tension, a black man hanging himself from a tree definitely doesn’t sit well with us right now. We want justice not comfortable excuses.”

Messages seeking comments from Miller and the coroner’s office have not been returned.