The Commerce Department’s initial estimate of U.S. gross domestic product in the second quarter is the steepest drop in records dating to 1947. US Economy Contracted At Record 32.9%; Jobless Claims Rise 1.43 Million (#GotBitcoin?)

The U.S. economy contracted at a record rate last quarter and weekly jobless claims rose for the second straight week, amid signs of a slowing recovery as the country continues to struggle with the coronavirus pandemic.

The Commerce Department said U.S. gross domestic product—the value of all goods and services produced across the economy—fell at a 32.9% annual rate in the second quarter, or a 9.5% drop compared with the same quarter a year ago. Both figures were the steepest in records dating to 1947.

The contraction came as states imposed lockdowns across the country to contain the coronavirus pandemic and then lifted restrictions. Many economists think the economy resumed growth in the third quarter, which began on July 1.

“The key caveat is that it will be a lot less better than we were expecting a few months ago,” Ian Shepherdson, chief economist at Pantheon Macroeconomics, said about the third quarter, citing the pickup in coronavirus cases.

The increased number of people receiving benefits, known as continuing claims, had been declining in recent weeks. Jim O’Sullivan, a strategist at TD Securities, said the reversal “could feed into fears that the economy” is weakening again.

A surge in virus infections since mid-June appears to be slowing the recovery in some states, according to some private-sector real-time data. 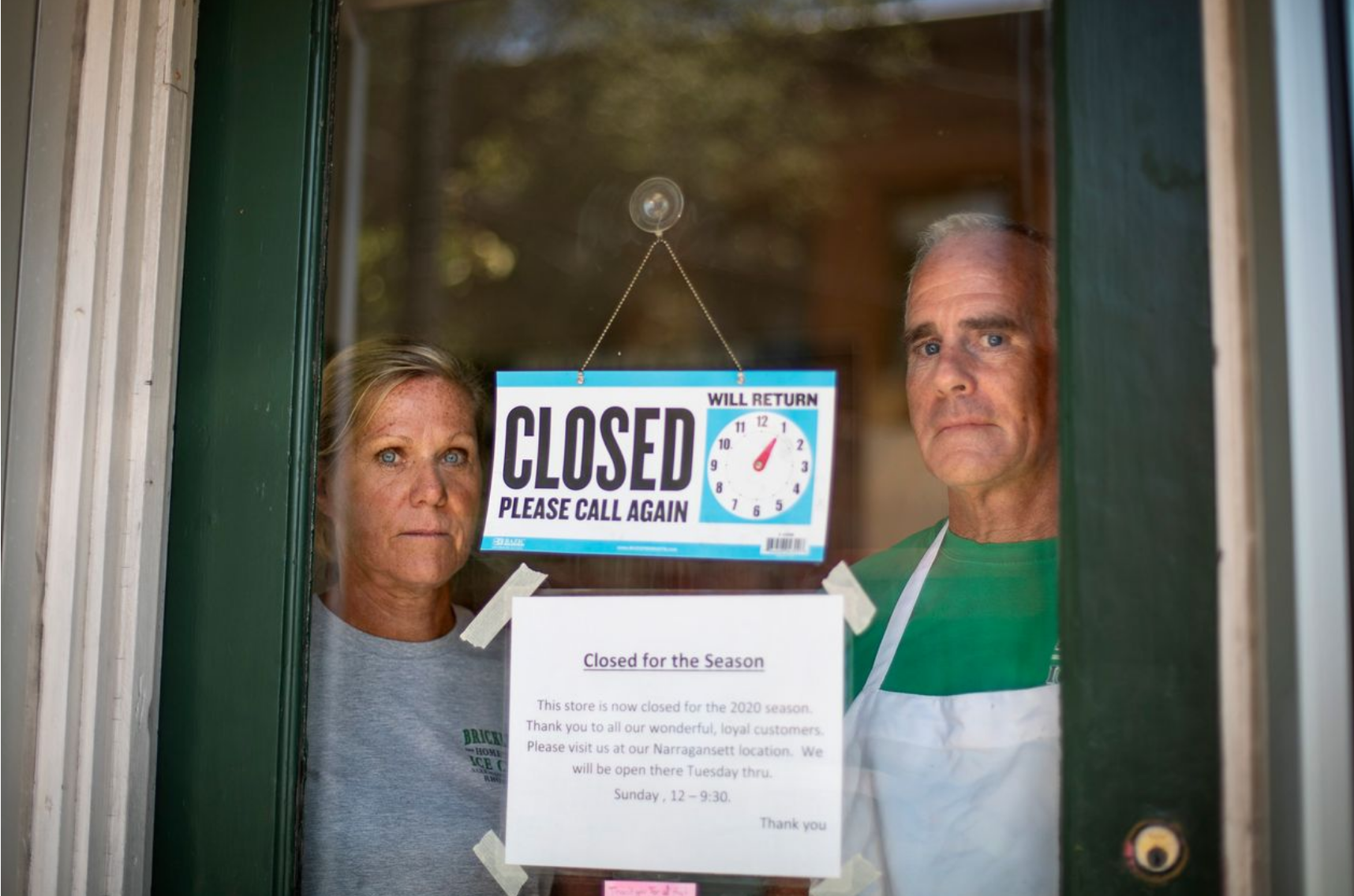 JPMorgan Chase & Co.’s tracker of credit and debit-card transactions, for instance, showed that spending rose in May and early June before stalling and remaining broadly flat through last week. Data by Facteus, which tracks transactions by 15 million debit and credit card holders, also suggest restaurant spending was increasing in June and has largely flattened since.

The U.S. Census Bureau said in its latest weekly Household Pulse Survey that 51.1% of households experienced a loss of employment income in the week ended July 21, up from 48.3% four weeks ago.

The decline in GDP in the second quarter reflected the deep hit to consumer and business spending from lockdowns, social distancing and other initiatives aimed at containing the virus. Consumer spending fell at a 34.6% annual rate, amid sharp decreases in services spending like health care and lower spending on goods. 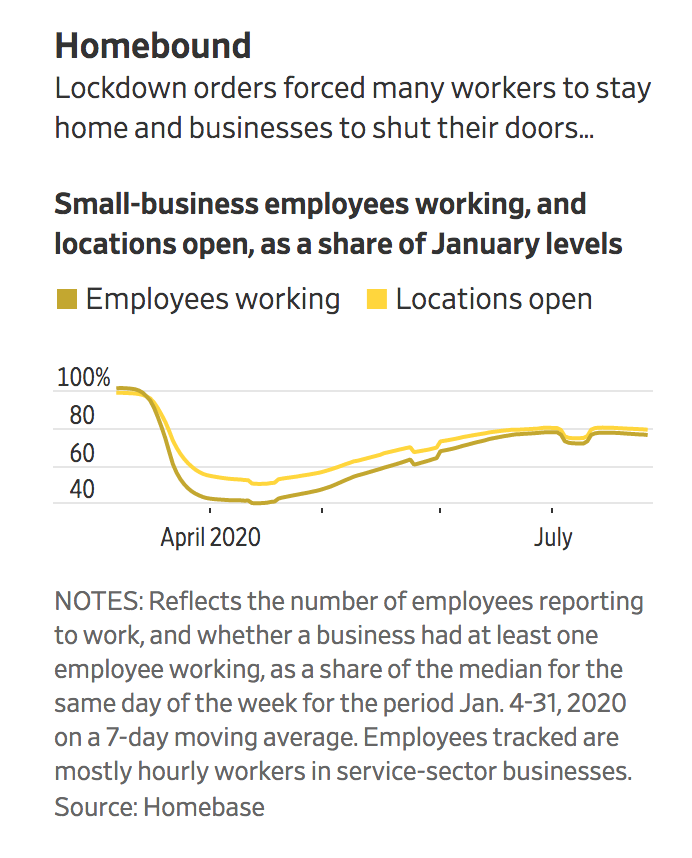 Business spending on software, research and development, equipment and structures fell at a 27% annual rate. Both exports and imports plummeted.

States in May started reopening their economies—leading to partial rebounds in jobs and spending—though a number of them have put fresh restrictions in place because of the infection increase. 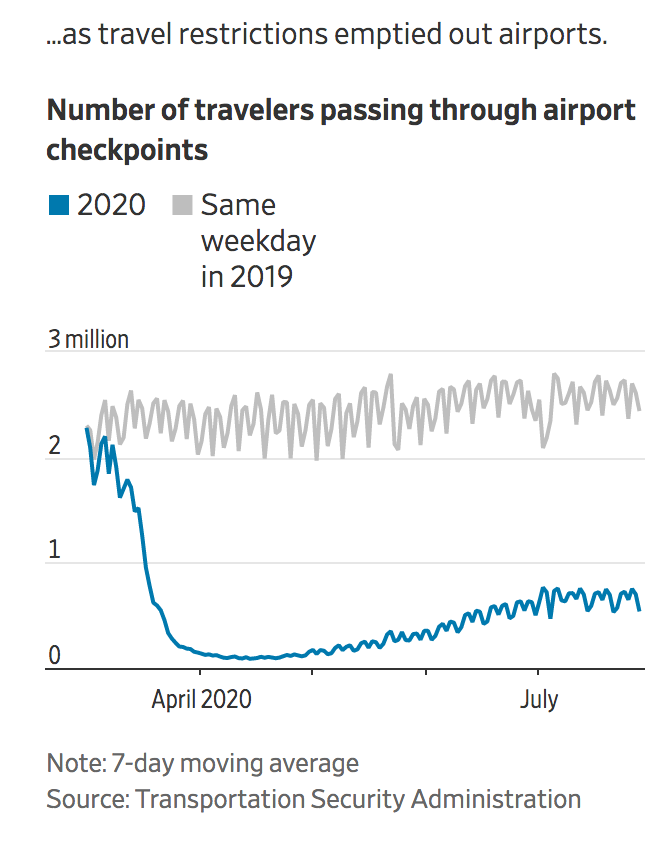 “Looking at July’s volumes, there’s some decent signs of hope,” such as increased shipping traffic and some stabilization in energy markets, he said. “Container customers may have over-cut,” he added, saying some are now trying to increase shipping capacity. 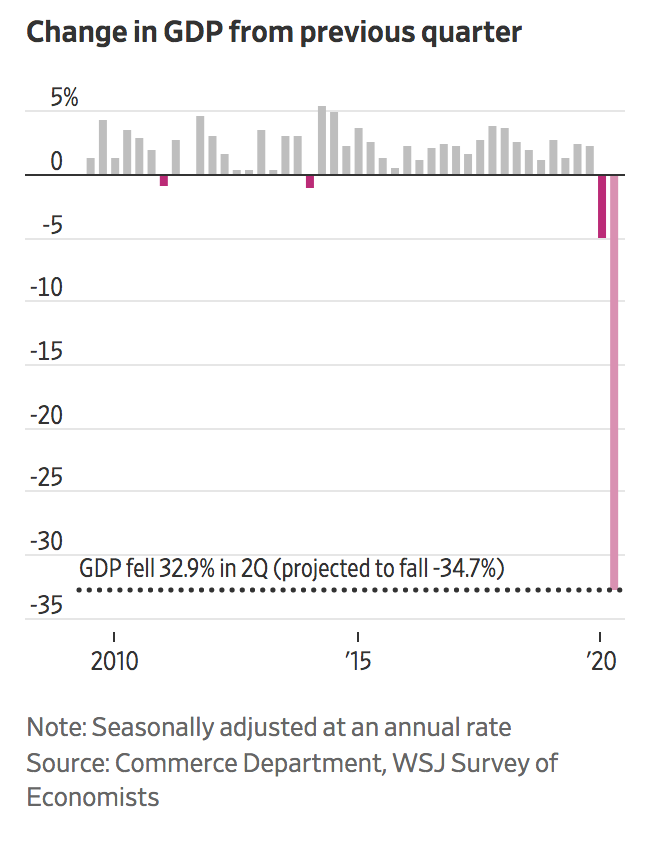 Consumer spending, particularly on big-ticket items such as homes, autos and other long-lasting purchases, increased in June. Employers also added nearly 4.8 million jobs in the month, though the labor-market recovery might be slowing as well.

The number of daily U.S. coronavirus infections has shown recent signs of leveling off amid recent restrictions, but the pandemic continues to cast a cloud over the economy.

The Conference Board, a private research group, said Tuesday that its index of consumer confidence sank to 92.6 in July from 98.3 in June, as consumers became less optimistic about the short-term outlook for the economy and labor market. 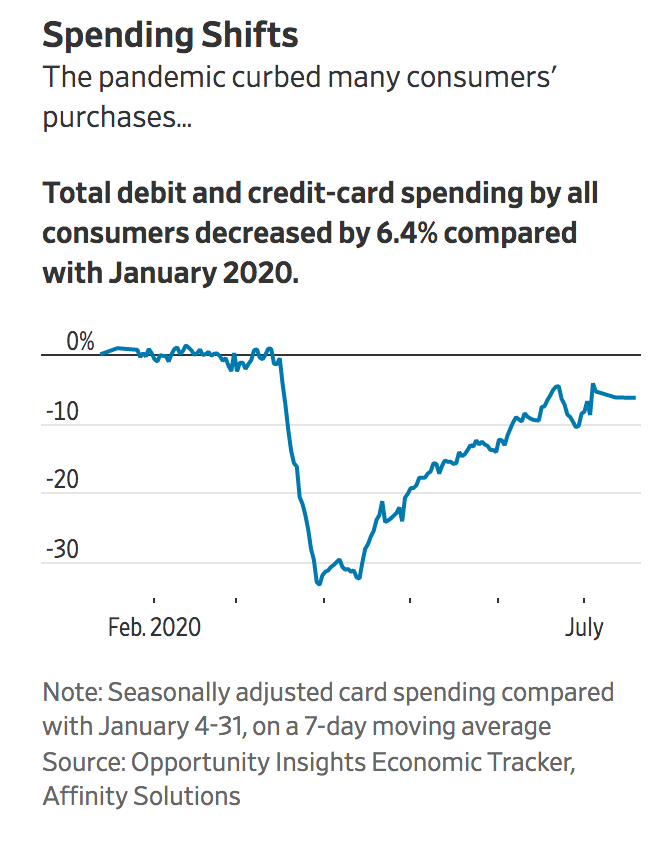 Nadia Montoya lost her job in late March as a pastry chef at a Novato, Calif., restaurant because of the pandemic. She now has a part-time job at an organic supermarket, and is making cakes and desserts at home for friends and neighbors to help cover expenses.

“Things that were relatively normal for us—going on vacation, camping, going out to eat with the kids—all that changed since we can’t do that anymore, because they’re closed and we don’t have the money,” she said. “It’s really hard at the moment.”

“Overall, there’s a lot of chaos. People do not know for sure whether their states are going to shut down tomorrow,” said John Flynn, CEO of Fleet Advantage, a Fort Lauderdale, Fla.-based truck-leasing company. “It’s going to be a tough year for everybody.”

“Everyone is very, very cautious,” said Mike Cavanagh, owner of Key Code Media, an audiovisual company in Burbank, Calif., adding he has business in the pipeline but senses his clients remain nervous about the economy. “I guess the best way to put it is I’m muddling through.”

Congress has approved trillions of dollars in stimulus to help U.S. households and businesses get through the pandemic, and another package is now being negotiated on Capitol Hill. One key component—an extra $600 in weekly jobless benefits—is due to expire at the end of July, but lawmakers are still discussing whether and how to extend the aid. 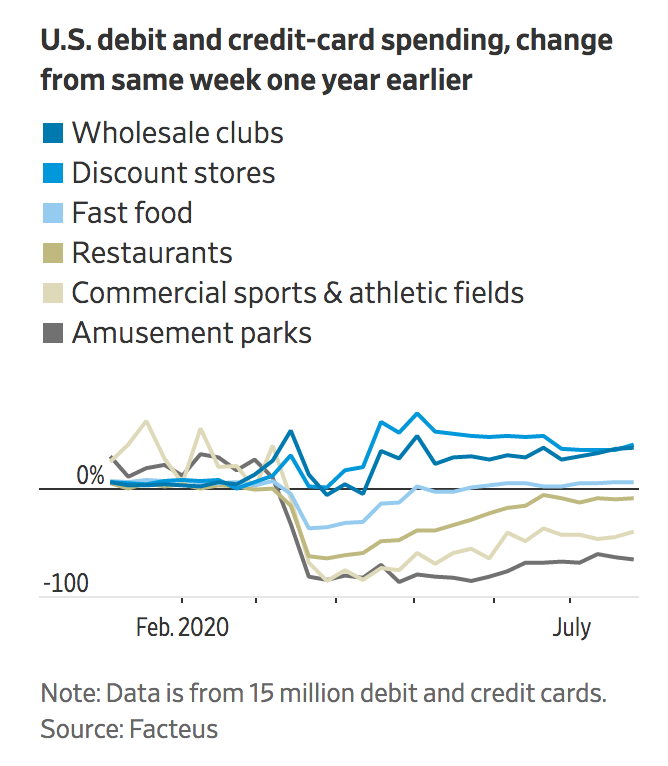