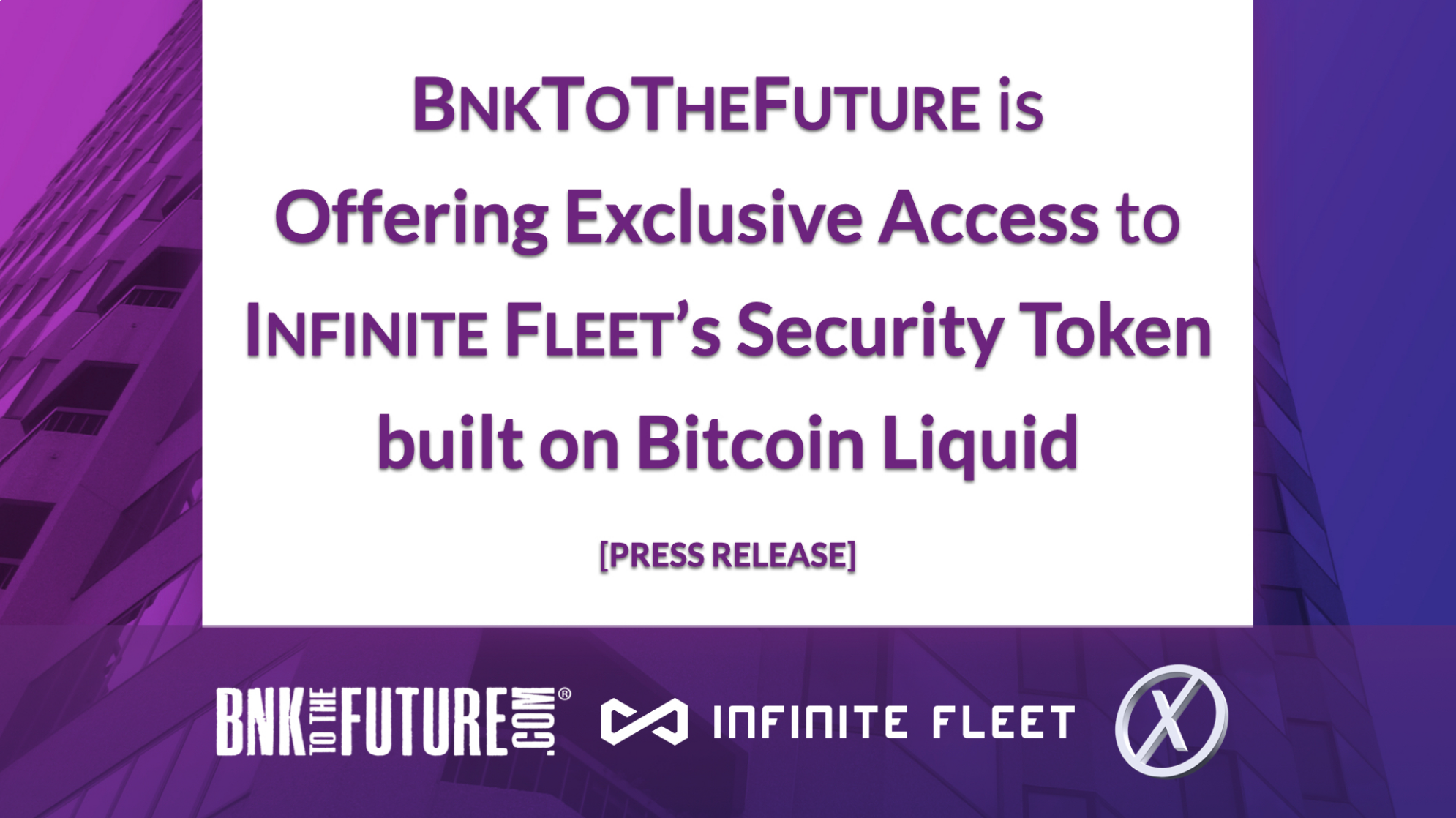 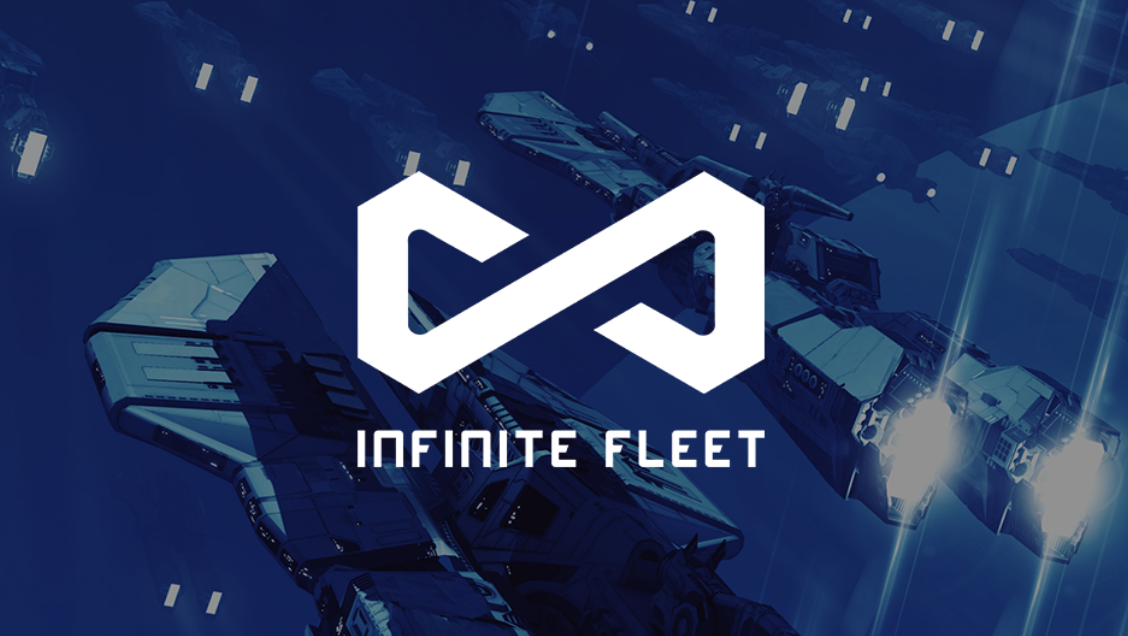 Cayman Islands, 30th July 2020. BnkToTheFuture, the largest online investment platform for investing in FinTech & crypto companies, has announced today the addition of a unique security token equity offering for its non-U.S. investors – the revolutionary massively multiplayer online (MMO) space strategy game with a crypto asset in-game currency, Infinite Fleet. Infinite Fleet will be joining other BnkToTheFuture clients that have raised through BnkToTheFuture including Kraken, BitFinex, BitStamp and portfolio companies Coinbase, Blockchain.com, Circle and many others.

Infinite Fleet is an ambitious multiplayer PC game developed by a team of veteran game designers led by Pixelmatic CEO and Blockstream CSO Samson Mow. The team behind Infinite Fleet have previously worked on top AAA strategy titles such as Age of Empires, Homeworld, Dawn of War, and Company of Heroes – games that have grossed over $1.2 billion worldwide. 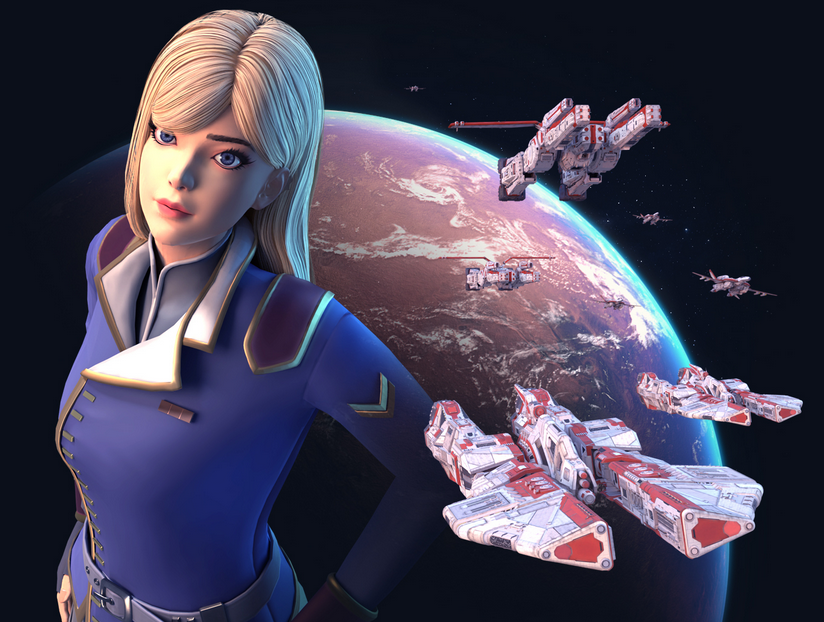 The publishing company of Infinite Fleet, Exordium Limited, is raising funds in the form of a security token offering to support the game’s development. The company’s private fundraising round so far has been supported by crypto industry visionaries such as Charlie Lee (inventor of Litecoin), Adam Back (CEO of Blockstream), and Max Keiser (Keiser Report and Heisenberg Capital), and BnkToTheFuture has managed to secure an exclusive allocation for the remainder of the fundraising round. 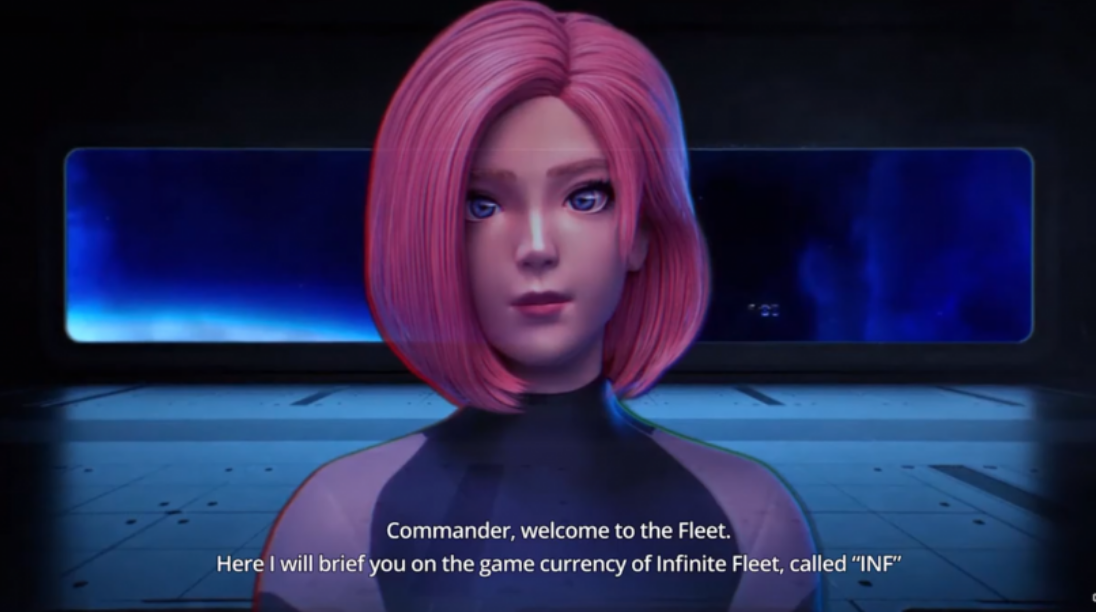 With a mission to revolutionize online gaming and virtual assets Infinite Fleet chose to partner with BnkToTheFuture, the company disrupting equity investing. BnkToTheFuture has a network of over 90,000 qualified investors and has enabled compliant equity funding rounds for a variety of established crypto firms, such as BitFinex and Kraken, having now facilitated almost $850m of investments in the sector.

“The world is changing rapidly and companies must adapt and innovate. Infinite Fleet will be the first proper video game to truly bring together gaming and cryptoassets,” said Samson Mow, the creator and visionary behind Infinite Fleet. 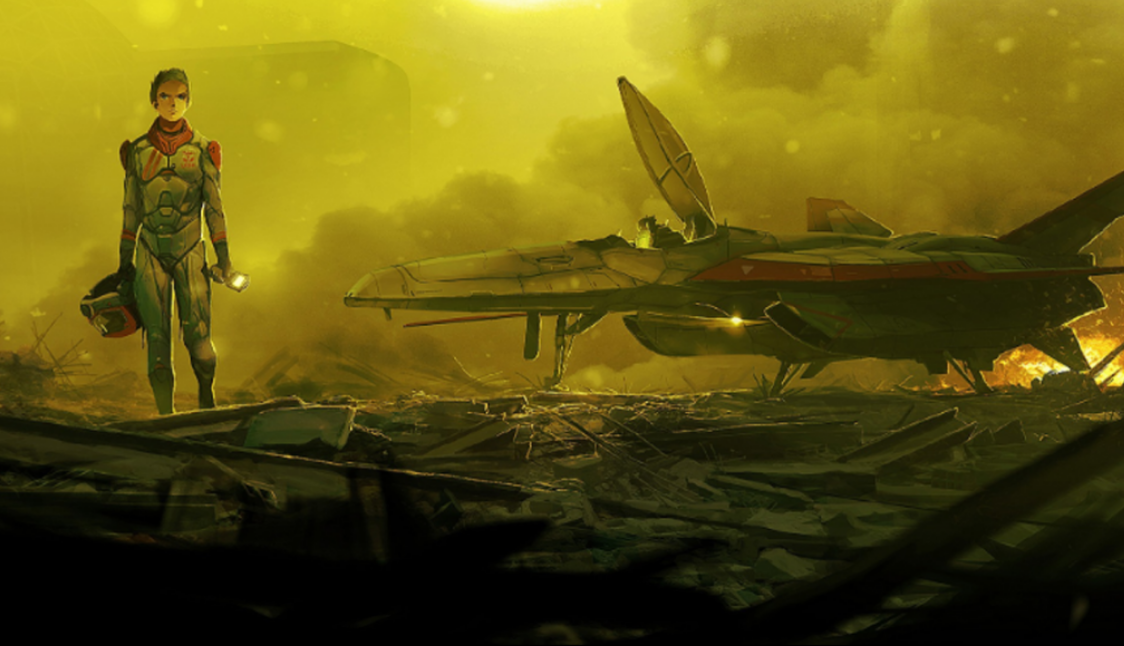 Infinite Fleet’s implementation of a cryptoasset as its in-game currency means that players will have the power of extracting value from the game to the real world, with the intermediary process becoming frictionless. Existing MMO games such as Second Life and EVE Online already have massive in-game GDPs of $500+ million, and they are proof of the massive monetary potential of in-game economies, especially as our world moves further into digitization post-pandemic.

“I love the fact that Bitcoin is being integrated into non-financial applications through liquid security tokens and look forward to supporting new innovative ways of building adoption for Bitcoin in gaming and fundraising” Simon Dixon, CEO BnkToTheFuture.com 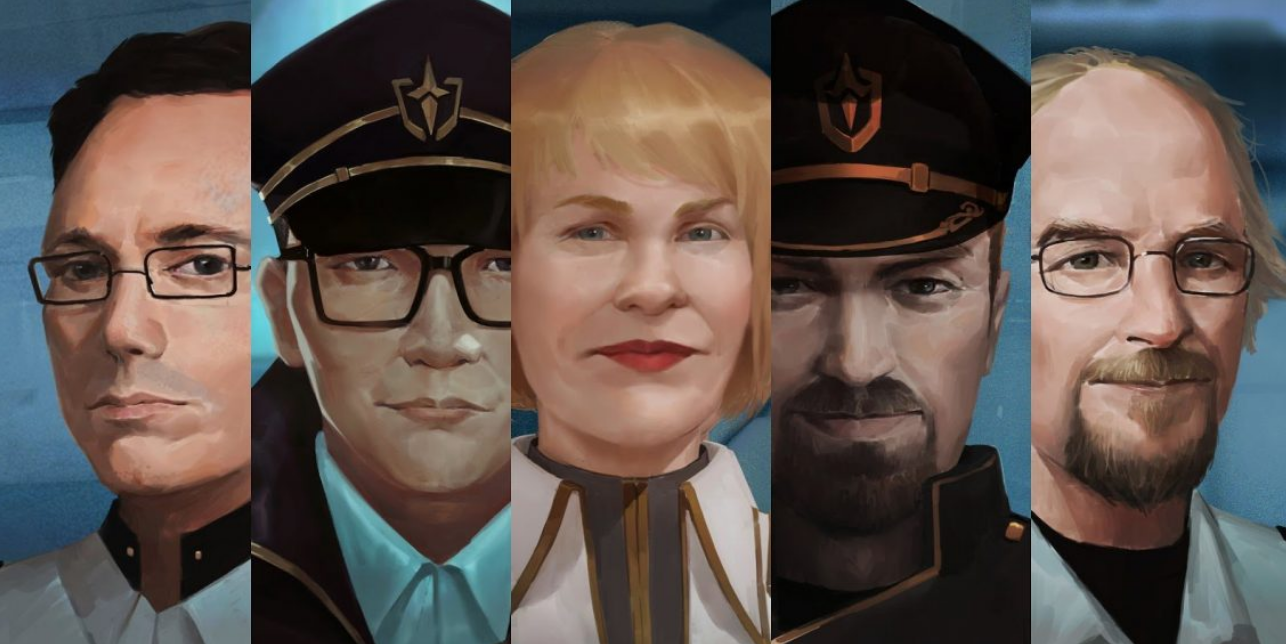 Qualification to invest is dependent on the investors local securities laws, but the platform is designed to be as inclusive as laws permit. Qualifying investors are able to now invest as little as $1,000 USD to gain equity exposure in Infinite Fleet through BnkToTheFuture. Investors Can Check If They Qualify To Invest By Signing Up.

BnkToTheFuture is a global Online Investment Platform allowing qualifying investors to build their investment portfolio in the equity of Crypto & FinTech companies, security tokens and other new alternative financial products. BnkToTheFuture was the very first securities business in the crypto market launching shortly after Bitcoin in 2010 and now has a community of 90,000+ qualified investors from all over the world who have invested over $850m in funding rounds listed on its online investment platform. BnkToTheFuture portfolio companies include Coinbase, Circle, Blockchain.com, Kraken, BitStamp, BitFinex, ShapeShift, BitPay, Ripple Labs and over 100 others. For more info visit. 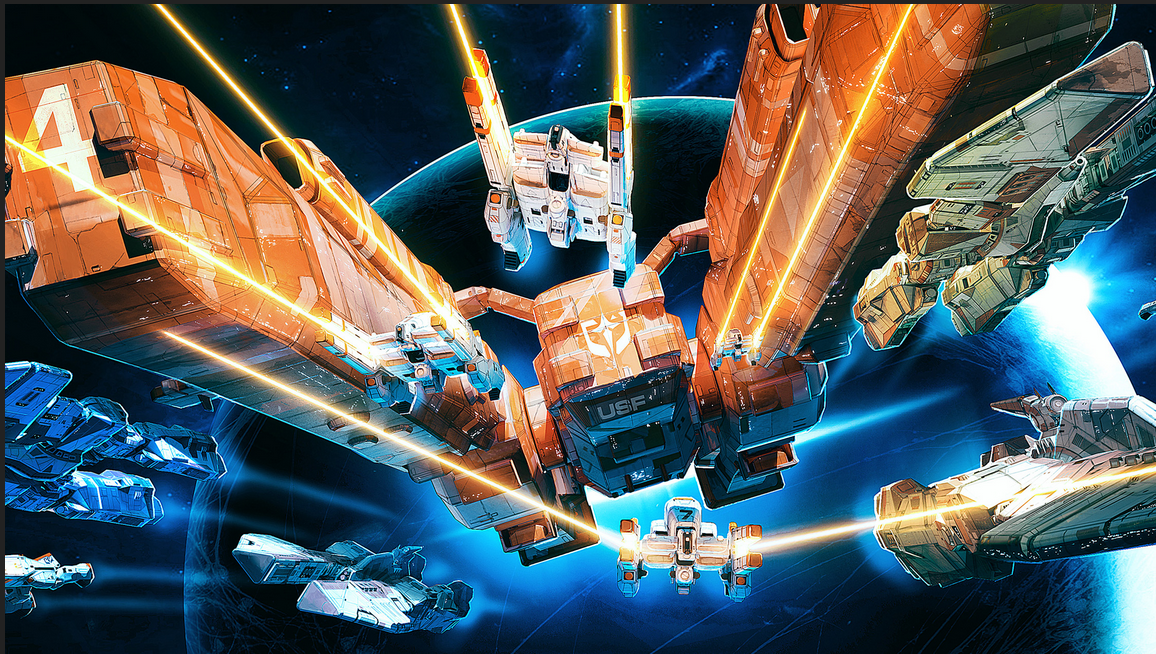 Infinite Fleet is a sci-fi themed MMO strategy PC game to be published by Exordium Limited. The game will have strategic cooperative combat and all the social and economic elements of an MMO game. Unlike typical “blockchain games” which have been little more than tokenized card trading, Infinite Fleet is developed by a serious team of AAA game designers who hail from top game studios such as Relic, BioWare, EA, and Ubisoft, and it will provide mainstream gamers with the deep game experience they expect. Infinite Fleet stands out from traditional MMO games such as EVE Online or World of Warcraft in that its in-game currency will be a cryptoasset issued on the Liquid Network of Bitcoin, thus giving tremendous incentive to players as they have the option of extracting their in-game assets out to their personal wallets or third-party exchanges. This non-intrusive implementation of crypto aims to give millions of mainstream gamers the option of learning about crypto, without forcing anyone to buy crypto beforehand or using complex plugins. For more information on Infinite Fleet, please visit: infinitefleet.com

* Announced Friday, the round can be broken into two parts, with $2.75 million raised via Simple Agreements for Future Tokens (SAFTs).

* This portion of the funding was led by Litecoin creator Charlie Lee, Blockstream CEO Adam Back, Heisenberg Capital founder Max Keiser and others.

* And a smaller $250,000 portion of the total $3.1 million raise was allocated to investors on investment platform BnkToTheFuture.

* ​Pixelmatic was founded by its chief executive, Samson Mow, who is also CSO at Bitcoin infrastructure firm Blockstream.

* The SAFT funding brings rights to investors once the token has been created at a future date.

* A public sale of the firm’s token is expected in September via securities tokenization platform Liquid Securities (still in development) in a partnership with digital marketplace STOKR.

* Mow told CoinDesk that STOs would become a route “most projects follow in the future.”

* The project had planned to raise $3 million and was oversubscribed by $100,000 over a 24-hour sale period, according to the announcement.

* The humans vs. aliens space MMO game will use a digital token to drive its in-game economy.

* The game has been developed by a team of game designers who have worked on franchises such as Age of Empires, Homeworld, Company of Heroes and Dawn of War.