The high-profile attention to public safety and homeland security is driving the video surveillance industry to adopt newer digital technologies to replace the analog CCTV systems that currently represent most of the camera systems in use today.  One Big Mesh 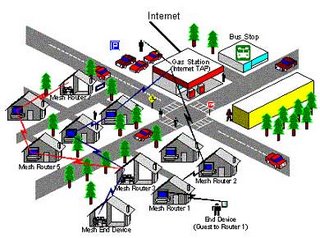 Not surprisingly, the Internet also is transforming the surveillance industry, thanks to DPL-Surveillance-Equipment.com ‘s new generation of video cameras designed to operate over digital computer networks. Also called IP cameras, 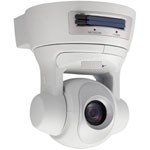 these devices make it possible to see live video from anywhere in the world with interactive controls, allowing viewers to select camera movements, resolution and to zoom in on an image — all from a standard Web browser.

The evolution of the Internet also has led to new developments in video compression, transmission and recording technologies, resulting in more flexible storage and easier retrieval of video.

Despite these advancements and a proliferation of new and innovative IP video products, a few obstacles still remain, making it difficult to install IP cameras in the locations where needed most. 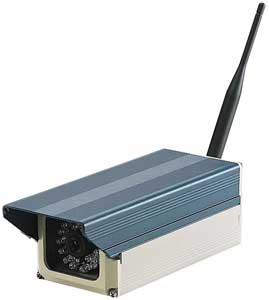 Perhaps the most fundamental obstacle is the high cost and complexity of installing the many miles of cable required to place the cameras in these locations. Although IP cameras no longer need to use analog coaxial cables, the units do require a wired connection to an Ethernet-based computer network, which is not available in many locations, especially outdoors. That is where DPL-Surveillance-Equipment.com ‘s wireless camera technology steps in.

Wireless technology frees cameras from the constraints of a cabled-network infrastructure. In fact, wireless cameras do exist. However, because the cameras can only operate in the vicinity of a base station or access point connected to the wired network, the units are limited by the availability of cabling. 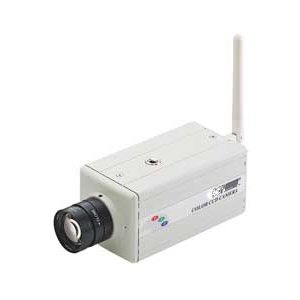 The most promising wireless solution for video surveillance is a mesh network that provides a self-forming infrastructure, which can be used to extend or even replace a conventional, wired network. A mesh network consists of multiple devices called mesh nodes placed in the locations where network connectivity is needed. Mesh networks operate on the principle each node will connect wirelessly to other nearby nodes. Connections to neighboring nodes allow mesh networks to grow dynamically by simply adding additional nodes.

The entire mesh can be connected to the Internet by connecting one node to a wired network that has an Internet connection. The node then delivers the Internet services wirelessly to the other nodes on the mesh network. Wireless does have its own issues. Obstacles, such as buildings or even moving vehicles and

people, can block a wireless connection. For this reason, many wireless technologies require a clear line of sight between devices. However, the many interconnections found in a mesh network allow the formation of redundant, multi-hop paths around these obstacles. These redundant paths even allow the mesh network to heal itself, so if a node is down or one wireless link is blocked, the network remains fully operational.

Connecting IP video cameras to a mesh network is simply a matter of attaching the camera to a mesh node with an Ethernet cable. This is actually no different than plugging the camera into a conventional, wired network, except that in this case, the mesh node eliminates the need to run a lengthy cable to the network source.

As long as power is available, mesh nodes and cameras can be installed wherever video surveillance is required. Being able to place cameras in any location allows continuous 24/7 security in many more locations, and significantly reduces the number of police and security staff required to monitor an area. Mesh networks can enable video surveillance in areas such as outdoor 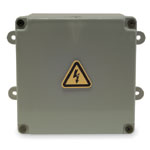 While most mesh networks share self-forming and self-healing attributes, and provide multi-hop wireless coverage, many are not suitable for video surveillance. The following are some key points to consider when selecting a mesh network.

Ensure the mesh nodes have Ethernet connectors so that an IP camera can plug directly into the mesh. Ideally, the mesh node will have multiple Ethernet ports in case more than one camera is needed at each location. IP cameras also should be able to work on the mesh without any modification or special setup.

If a video surveillance system is already in place, it usually is impractical and too expensive to replace it with a totally different system. When selecting a mesh network, ensure the IP cameras currently in use and planned for the future can connect directly to the mesh nodes . If a system uses analog cameras, users can still operate a mesh network. Analog-to-digital converters are available that enable CCTV cameras to operate over an Ethernet connection provided by the mesh nodes .

Because multiple cameras and other network devices can share the same network infrastructure, it is easier to add cameras to more locations. However, too many devices can cause congestion on the network. IP video is especially prone to this condition because it generates a considerable amount of network traffic. Congestion can be mitigated by selecting a lower camera resolution and frame rate, but that solution is not always acceptable because it can significantly reduce the amount of visible detail and motion that investigators and security staff need for safe surveillance.

When selecting a mesh network, ensure that it has adequate bandwidth or capacity for high-speed video surveillance. Because mesh networks share bandwidth with all connected devices, be sure the system includes prioritization for video, so other network operations, such as Web access, e-mail, printing and data transfers, do not interfere with the quality of the video signal.

Surveillance is rarely limited to indoor-only or outdoor-only applications, and a mesh network used for video also must work seamlessly in both environments. Outdoor mesh nodes should not only support outdoor cameras, but should be able to link wirelessly with mesh nodes located inside buildings. Indoor mesh nodes can be used to connect indoor IP cameras, as well as video monitoring and recording equipment to the network. 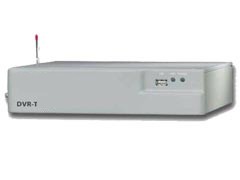 One benefit wired networks cannot provide for video surveillance is mobility. But with a mesh network, cameras can be mounted to moving vehicles and can stay connected to the network as long as the vehicle roams throughout the mesh. A security officer 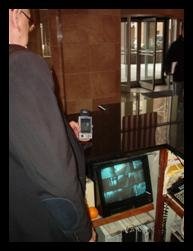 inside a vehicle equipped with a laptop computer attached to a mesh node can monitor the video signals from any of the cameras on the network. This has been used

If mobility is a requirement, be sure the mesh network selected provides fast handoff, allowing the vehicle to remain connected to the network as it passes through the mesh. Otherwise, the video quality will suffer and may not be viewable.

IP cameras eliminate the need to install separate networks for video surveillance and data networks. Even if the original goal is for video surveillance only, a multi-service mesh network will make it easy to add additional services — such as Wi-Fi access and LAN connections — in the future. However, when selecting a mesh network, ensure it is specifically designed for multi-service use. Be sure to specify high-bandwidth (capacity), low-latency (delay), prioritization and quality of service (especially for video) and compatibility with standard network devices and services.

Video surveillance and wireless networking are two of the fastest growing technology industries today, and the demand for both is increasing. Combining IP video cameras with wireless mesh networks, however, can provide an amazing amount of flexibility and options for video surveillance. The cost savings alone — due to the elimination of video cabling — can help justify the installation of more cameras in more locations. Overall, the new digital and wireless tools are providing the security profession with greater efficiency, more and better evidence, and the ability to respond more quickly and effectively to critical situations.