High-tech camera, conceived by scientists for the Pentagon, finds light by moving east. How A Powerful Spy Camera Invented At Duke Ended Up In China’s Hands

Five years ago, a group of Duke University scientists developed a pioneering gigapixel camera to provide long-range surveillance for the U.S. Navy through a sponsorship from the Pentagon.

The technology, never picked up by the U.S. government, is now being used by Chinese police to identify people from nearly a football field away, after lead Duke researcher David Brady moved to China in 2016 to kick-start his business. 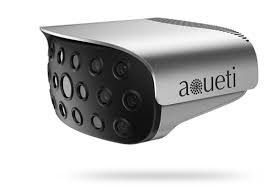 China’s easier access to startup funding, manufacturing supply chain and burgeoning demand for high-tech cameras attracted Mr. Brady, whose original venture in the U.S. failed to win over financial backers and customers. Within two years of the move to China, his company obtained enough funding to build its first commercial camera.

The project’s shift east offers insight into how China is emerging as a global player in pioneering technologies, including artificial intelligence. China is increasingly using its financial muscle to acquire talent and know-how from overseas. Almost nonexistent five years ago, AI venture financing led by Chinese investors soared to $2.5 billion last year, according to a Wall Street Journal analysis of VentureSource data. China’s state and local governments have also put money into private venture funds.

Officials in Washington are concerned about China’s ambitions to become a world leader in AI by 2030, overtaking the U.S. The Trump administration last month pledged to increase federal funds to retain the U.S.’s lead in the technology. The Treasury Department is proposing to block Chinese firms from acquiring advanced U.S. technology, using laws designed to deal with national-security emergencies, while some members of Congress have called for tougher export controls on American companies whose technologies they say may be used by Chinese police and other security agencies.

Surveillance startups using AI are booming in China as Beijing spends $30 billion a year on public-safety projects, including a vast network of cameras that aims to cover public squares, major crossroads and train stations. To feed that demand, Mr. Brady’s Aqueti China Technology Inc. developed Mantis, a 19-lens camera with processors that combine images into a 100-megapixel frame that users can zoom in on in extraordinary detail.

The cameras are linked to facial-recognition technology that enables police to identify people, part of the surveillance web that tracks criminals as well as citizens. Aqueti cameras are now installed around Tiananmen Square in Beijing, monitor main streets in Kunshan, a city near Shanghai, and are spreading to other towns, said William Wang, Mr. Brady’s Chinese partner in Aqueti.

Mr. Wang helped land early investment from a former Shanghai government official who now runs a venture-capital fund. The investor, who said he had been searching for technologies he could bring back to China, invested almost $5 million in Aqueti. Mr. Wang said Aqueti has attracted about $28 million in two rounds of fundraising—a far cry from the U.S., where Aqueti’s effort to raise $25,000 on crowdfunding site Kickstarter in 2013 yielded just $1,007.

To secure the investment, Mr. Brady, a professor in photonics at Duke’s campus in Kunshan, took a less conventional route. Rather than set up a joint venture, he packaged his original U.S. business into Aqueti China and obtained a license to use the camera technology, to which Duke owns the patent.

“Where else can we build these?” Mr. Brady said. “This is naturally a Chinese project.” In addition to the funding, the supply chain to make such cameras is in China, he added. “Even if you raised the money in the U.S., you uniformly spend the money in China.”

A Duke University spokesman said it obtained clearance from the State Department that the technology was exportable as a commercial technology. Mr. Brady said Duke told him that he couldn’t apply for any new funding from the Pentagon’s Defense Advanced Research Projects Agency, or Darpa, which sponsored the initial prototype.

Darpa said its funding for the research ended in March 2015, and that Aqueti’s efforts to develop the technology for commercial use were independent.

Aqueti still faces the task of securing enough buyers to make the startup profitable in a market dominated by Chinese giants, many with state ties. Even so, the company is investing in production: It employs 50 people in China and plans to scale up manufacturing for its cameras, which cost around $15,000 each.

“A government doesn’t need the hand of technology to be oppressive,” he said.