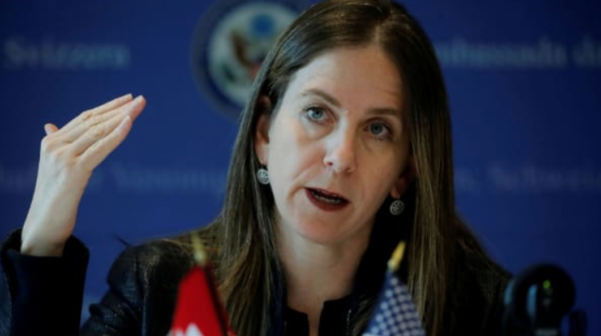 Sigal Mandelker, Treasury’s undersecretary for terrorism and financial intelligence, signaled over the summer her desire to return to the private sector, the U.S. Treasury secretary told The Wall Street Journal.

Ms. Mandelker said that although she has no immediate plans, a return to the private sector would offer her a more normal pace of life allowing her to spend more time with her family.

Companies Restructure To Escape The Brunt Of U.S. Sanctions

Stockholm-based Nynas is attempting to disentangle its ownership to escape sanctions.

The planned restructuring of Swedish oil refiner Nynas AB shows how some companies are trying to disentangle ownership to free themselves from U.S. sanctions.

Stockholm-based Nynas this week said it would reorganize with the goal of getting out from under U.S. sanctions. The company is co-owned by Petróleos de Venezuela SA, which holds a slight majority of shares, and the Finnish company Neste Oyj.

Petróleos de Venezuela, or PdVSA, is Venezuela’s state-owned oil company. It is on a U.S. blacklist and at the center of a U.S. campaign to pressure Venezuelan President Nicolás Maduro, whose government the U.S. considers corrupt and illegitimate.

Nynas has blamed its financial woes on sanctions against PdVSA. In a plan published Tuesday, Nynas said it has been unable to access basic banking services in recent months despite receiving a key exemption from the U.S. Treasury Department.

The company’s restructuring plan is the latest attempt to reorganize as a result of U.S. sanctions.

The Nynas plan underscores the limitations of general licenses, a tool used by the Treasury Department’s Office of Foreign Assets Control to encourage banks to provide services to companies and sectors that OFAC wants to protect, sanctions lawyers said. OFAC administers and enforces U.S. economic sanctions.

“Sanctions aren’t always as precise as they need to be,” said Michael Gershberg, a partner at the law firm Fried, Frank, Harris, Shriver & Jacobson LLP who focuses on sanctions and international trade.

Although general licenses are intended to send a message to the financial sector that it is permissible to do business with a particular company or sector, some banks simply avoid them for fear of running afoul of sanctions, lawyers said.

Nynas, which refines oil used for paving and other industrial products, said in its restructuring plan that its shareholders agreed to a new ownership structure. The company didn’t provide details on how it will restructure, but said it would work with Carnegie Investment Bank AB to negotiate with investors regarding short-term bridge financing and long-term equity investments.

Nynas in its plan said it would only move forward with the reorganization if it receives written confirmation from OFAC that it would no longer be subject to U.S. sanctions.

Nynas said in its restructuring plan that its financial troubles began in August 2017 when the U.S. imposed sanctions on PdVSA, a move designed to curb the Venezuelan oil company’s access to funding. The sanctions initially resulted in higher purchasing costs and restrictions on accessing credit through U.S. banks, according to the reorganization plan.

OFAC escalated its campaign to pressure PdVSA in January 2019, adding the company to its blacklist, but created an exemption for Nynas by issuing the Swedish company a general license permitting transactions that don’t also involve PdVSA.

Banks, however, have been unwilling to do business with Nynas, the company said in its plan, citing potential risks and compliance burdens of working with an entity with ties to sanctioned entities.

“Nynas can thus, from time to time, neither make nor receive payments,” the company said in its plan. “Even more serious is the fact that Nynas hasn’t been able to borrow new funds.”