Spygate 2.0? Why This Perplexing Patriots Cheating Scandal Is So Tense

Any punishment that comes New England’s way could produce a new showdown between football’s premier franchise and the commissioner. Spygate 2.0? Why This Perplexing Patriots Cheating Scandal Is So Tense

The New England Patriots easily dispatched the Cincinnati Bengals 34-13 on Sunday. And they probably didn’t need to cheat to do it.

But the NFL is investigating whether they did just that after a baffling sequence a week earlier, when someone credentialed on behalf of the Patriots was caught taping the field from the press box during the Bengals-Browns game, in violation of league rules. 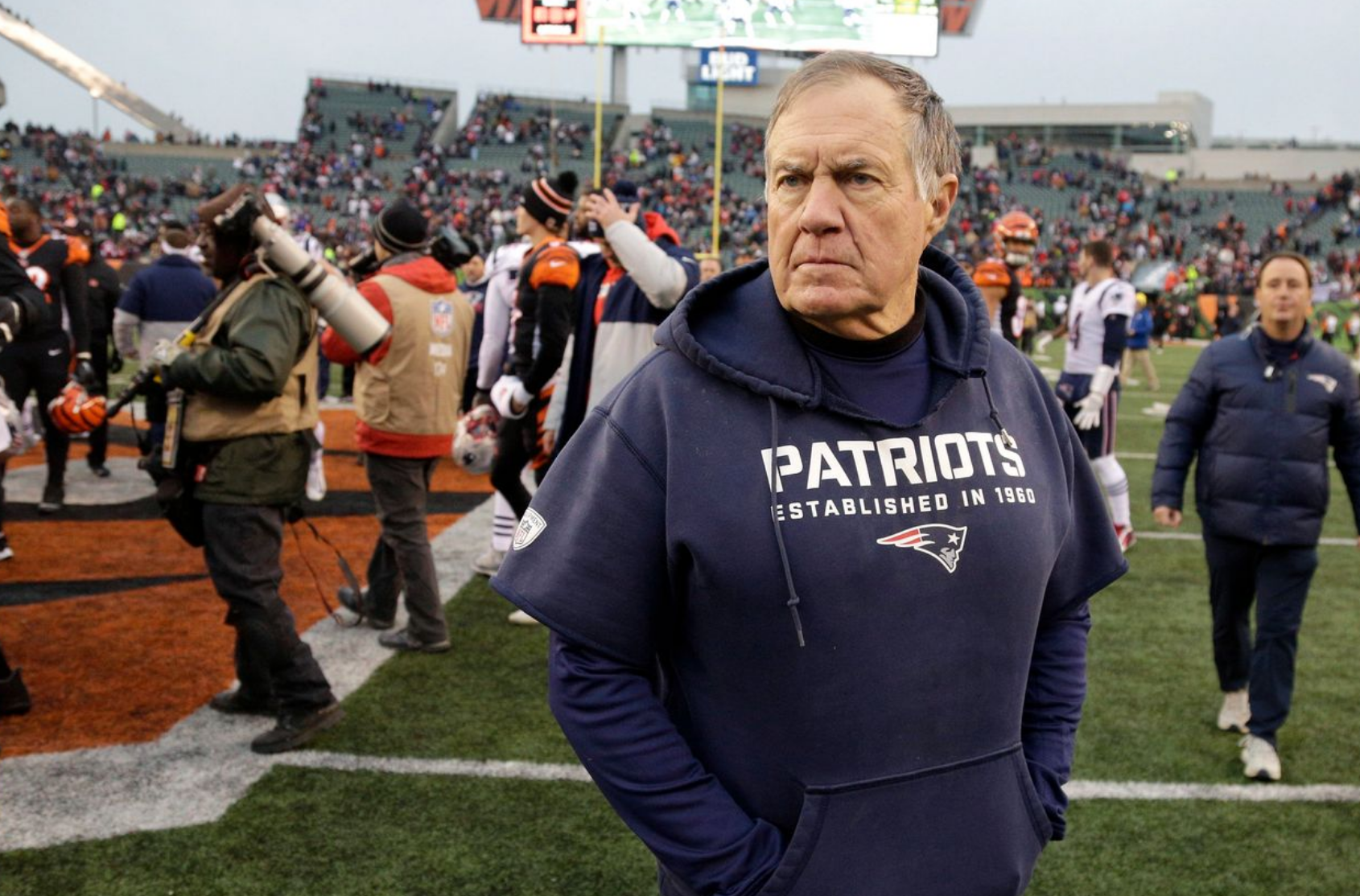 The situation is, in many ways, silly: why, of all teams, would the Patriots have done this against the lowly Bengals? But the ramifications are potentially explosive because of long-standing tensions between the team and the league over this very topic.

That’s because the Patriots have been accused of cheating before. Those accusations have resulted in fines, Tom Brady’s suspension and the forfeiture of draft picks. But not all of those moments have been the same. They have included clear violations, completely unsubstantiated ones and others so contentious that the situation resulted in a destroyed cellphone and physics debates. Years later, the phrase “Deflategate” is still taboo in Foxborough, Mass. because New England executives still maintain that the team and Tom Brady were railroaded by the NFL’s investigation of that situation.

The fallout from those previous investigations has both bestowed a queasy reputation on the greatest dynasty in the modern NFL history and strained relationships between that same team and the league. Now, the Patriots’ history in this space will be considered when doling out any potential punishment—which is according to the league’s commissioner.

The situation arose during the Dec. 8 game between the Bengals and Browns in Cleveland, a week before the New England and Cincinnati were set to play. The Patriots made a request to send a video crew to film its advance scout at the game for a feature called “Do Your Job,” which shows the life of team staffers. The Browns approved that request. The Bengals weren’t informed that it would be happening.

But controversy arose when that same three-person video crew was seen shooting the field during the game from inside the press box—a violation of league rules because that tape could be used to decode a team’s sideline signals.

The Patriots acknowledged that the video crew overstepped its bounds by shooting the field, but said that this production team was completely independent of the football operation. Coach Bill Belichick said he had no knowledge of it.

People familiar with the matter said New England violated NFL rules—but out of stupidity, not malice. The video crew, they say, wanted to get tape of what the scout is looking at on the field but had no intention of zeroing in on the Cincinnati coaches.

Still, the Bengals saw what was happening and brought it to the NFL’s attention. “Come on guys,” a Bengals staffer said in video of the incident aired by Fox. “I don’t see the advance scout in this footage.”

From there, the situation had any number of bizarre angles into answering a question that essentially boils down to: Was the video segment a Trojan Horse for the Patriots to film the Bengals’ sideline?

People have understandably scoffed at this idea. Although the Patriots were mired in a skid entering Sunday’s game, having lost three of their last five games, it would be oddly perplexing if they chose to whip out a maneuver like this against Cincinnati, the team with the NFL’s worst record.

Moreover, they would have been cheating in plain sight: the Patriots scout was sitting in a press box in full view of not just the media but also Bengals staffers, who were sitting directly in front of them.

“It’s illogical to think Bill Belichick could be behind that plan,” said one of the people.

Opposing executives had varied reactions to the situation. One described it as a simple mistake and praised New England’s in-house content team as one of the best in the business for its ability to develop original features. Another viewed it as a blatant subterfuge.

And the skeptics who raised eyebrows did so because of what the Patriots have been accused of before.

Back in 2007, New England was also accused of spying on an opponent’s coaches. That’s when the Jets accused the Patriots of taping their sideline signals from an illegal location, and it became such a scandal that it’s simply known as Spygate. The NFL eventually docked the team a first-round pick and levied hefty fines on both Belichick and the team.

The problem for the Patriots wasn’t so much the money or draft pick that they had to give up, but the lingering stink. Not long afterward, unsubstantiated accusations arose that the team had videotaped the Rams in a walk-through before the Super Bowl years earlier. There was no evidence of that allegation, and the newspaper that published it later issued a retraction. “We now know that this report was false,” the Boston Herald wrote months later in an apology.

But the Patriots had a problem nonetheless. Increasingly, they were viewed as pervasive cheaters, even when it wasn’t true. “That narrative stuck,” said another person familiar with the circumstances.

That reputation stuck with the team all the way through the scandal that produced the most reviled word in southeastern Massachusetts: Deflategate.

That’s when Tom Brady was accused of ordering the deflation of footballs, to enhance his grip on the ball, prior to the 2014-15 AFC Championship game against the Indianapolis Colts, which the Patriots won 45-7. The resulting investigation produced a lengthy court battle and made every football fan have unusually strong opinions about gaseous physics. Eventually, Brady was suspended for four games, the Patriots gave up two draft picks and New England was fined $1 million.

But, years later, the bitterness over that investigation hasn’t dissipated. The Patriots’ key decision makers still feel that there was no evidence the football were tampered with and that the league directed an investigation with the intent of finding them guilty, no matter what.