Please see Barack Obama’s response to my letter sent to him concerning America’s efforts to diversify away from the reliance on fossil-fuels and instead focusing more on alternative energy sources : 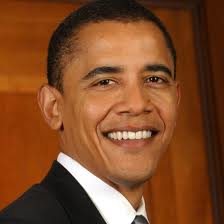 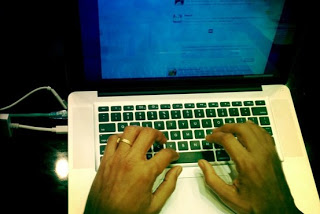 Thank you for writing. I appreciate hearing from you, and I share the vision of millions of Americans who want to take control of our Nation’s energy future. My Administration’s all-of-the-above energy strategy is about developing every source of American energy–a strategy aimed at saving families and businesses money at the pump by reducing our reliance on foreign oil, expanding oil and gas production, and positioning the United States as the global leader in clean energy. President Barack Obama’s Response To My Letter Concerning America’s Lack of Focus on Alternative Energy Sources

While developing new sources of energy is critical to our future, the hard truth is there are no overnight solutions to our energy challenges. The only way to deal with this problem is through a sustained, serious, all-of-the-above approach. Under my Administration, American oil production is at its highest level in 8 years, and we are now less reliant on foreign oil than in any of the past 16 years. We have more working oil and gas rigs than the rest of the world combined, and we have opened up millions of new acres for oil and gas exploration where appropriate and where it can be done safely. My Administration has also approved dozens of new pipelines to move oil around, including from Canada, which will help create jobs and encourage more energy production. Thanks to our Nation’s booming oil production, more efficient vehicles, and a world-class refining sector that last year was a net exporter for the first time in 60 years, we cut net imports by 10 percent–or a million barrels a day–in the last year alone.

My Administration will continue to look for every way we can help consumers–from relieving distribution bottlenecks to ensuring speculators do not take advantage of volatility in the oil markets. To decrease our dependence on foreign oil, we established the toughest new efficiency standards for cars and trucks in history. These fuel economy standards will double the fuel efficiency of our cars and light trucks by the middle of the next decade, which means filling up your car every two weeks instead of every week.

But as a country that has 2 percent of the world’s oil reserves but consumes 20 percent of the world’s oil, we cannot just drill our way to lower gas prices. The United States leads the world in natural gas production, with reserves that can last nearly 100 years–a supply that can power our cars, homes, and factories in a cleaner and cheaper way, and one that experts believe will support more than 600,000 jobs by the end of the decade. However, we must utilize this reserve without putting the health and safety of Americans at risk. That is why, for the first time ever, I am requiring all companies drilling for gas on public lands to disclose the chemicals they use.

Thanks in part to my Administration’s investments in clean energy–the largest in American history–the United States has nearly doubled renewable energy generation from wind, solar, and geothermal sources, and thousands of Americans now have jobs as a result. By cooperating with the private sector, we have positioned our country to be the world’s leading manufacturer of the high-tech batteries that will power the next generation of American cars. I have repeatedly called on Congress to stop giving away $4 billion a year in oil subsidies to an industry that has never been more profitable, and instead to pass clean energy tax credits to cultivate a market for innovation in clean energy technology. And I have directed the Department of the Interior to allow the development of enough clean energy on public lands to power three million homes. The United States military–the largest energy consumer in the world–is also doing its part, making one of the largest commitments to clean energy in history.

Securing our Nation’s energy future is one of the major challenges of our time, and will require the efforts of our brightest scientists and most creative companies. Americans must summon the spirit of optimism and the willingness to tackle tough problems that led previous generations to meet the challenges of their times. My Administration is making a serious, sustained commitment to tackling these problems, and I encourage you to learn more about our efforts at www.WhiteHouse.gov/energy.

Thank you, again, for writing.