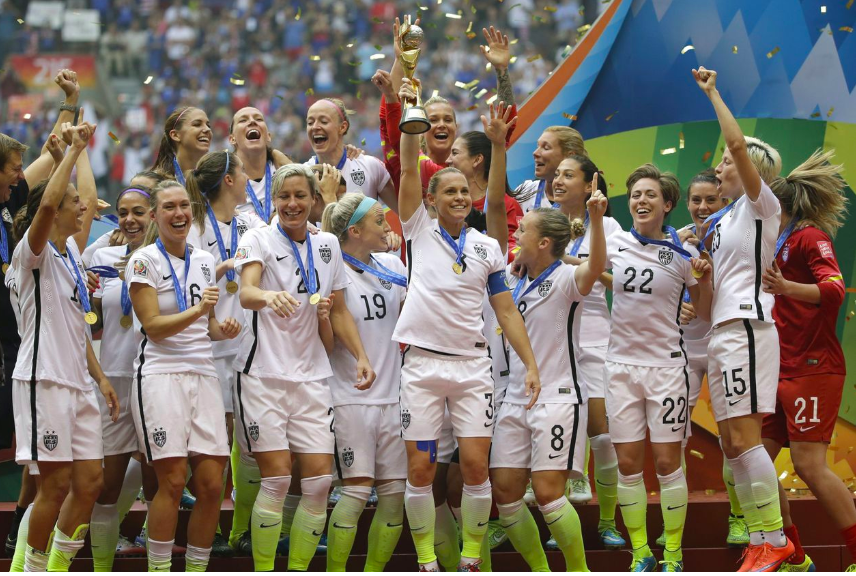 The ability of the women’s team to generate gate revenues that equals or exceeds the men’s team is an important battleground in the U.S. women’s March 8 gender-discrimination lawsuit against the federation. In the suit, all 28 members of the U.S. women’s national team player pool allege U.S. Soccer has paid them less than the men’s team, along with denying them equal playing, training and travel conditions and promoting their games less.

U.S. Soccer has made revenue generation a key part of its defense. In U.S. Soccer’s May 6 legal response to the suit, the federation said the men’s and women’s teams are separate organizations with separate collective-bargaining agreements. It said that any alleged pay differential between the men’s and women’s teams is “based on differences in the aggregate revenue generated by the different teams and/or any other factor other than sex.”

But U.S. Soccer’s numbers show that while men’s games used to generate millions more than women’s games, in recent years the gap in revenue all but disappeared.

From 2016-2018, women’s games generated about $50.8 million in revenue compared with $49.9 million for the men, according to U.S. soccer’s audited financial statements. In 2016, the year after the World Cup, the women generated $1.9 million more than the men. Game revenues are made up mostly of ticket sales. In the last two years, at least, the men’s tally includes appearance fees that opposing teams pay the U.S. for games.

“The event revenue from the USWNT demonstrates the potential that can be realized when investment is made,” said Becca Roux, executive director of the U.S. women’s national team’s players association. “While there is still a long way to go, I applaud U.S. Soccer, their partners, and our partners for the new marketing initiatives over the past couple of years. I hope it serves as a case study and example for other federations around the world to emulate.”

To be sure, ticket sales are only one revenue stream that the national teams help generate. U.S. Soccer brought in nearly $49 million in marketing and sponsorship revenue in 2018, nearly half of its $101 million operating revenue, according to federation records.

But U.S. Soccer sells broadcast rights and sponsorships as a bundle, not separately for each national team. That makes it difficult to parse the value that broadcasters or brands see in the men’s team versus the women’s team.

U.S. Soccer doesn’t earn broadcast-rights fees from World Cups. In the U.S., those tournaments’ English-language broadcast deals are between Fox Sports and FIFA.

But U.S. Soccer and Major League Soccer have a separate eight-year deal through 2022 with ESPN, Fox Sports and Univision Deportes for the right to broadcast other U.S. men’s and women’s soccer games along with MLS games. TV ratings for U.S. men’s games tend to be higher than those for U.S. women’s games, according to data collected by U.S. Soccer.

David Neal, executive producer of FIFA World Cup on Fox and VP, production, said it was difficult to parse the broadcast value of U.S. men’s versus women’s games.

“I don’t know how you quantify that,” Neal said. “But right now the shining star of U.S. Soccer is the U.S. women’s national team. These women are heroes and I think that carries great value.”

The U.S. women have won an unmatched four Olympic gold medals and three World Cup titles, and are in France trying to win a fourth. The U.S. men have never won a World Cup and failed to qualify for the 2018 tournament. The full U.S. men’s team doesn’t play in the Olympics, whose men’s competitions include mostly players under 23 years old.

There are signs that the U.S. women’s equal-pay fight has spurred more marketing deals with the federation.

Visa recently entered into a five-year deal with U.S. Soccer, and the company said it’s earmarked at least 50% of its investment for the U.S. women’s team and women’s soccer programming initiatives.

As part of its sponsorship as the official women’s deodorant of U.S. Soccer, Secret released an ad featuring soccer-playing girls. It ends with an image of U.S. forward Alex Morgan and the words, “Secret supports equal pay for all.”

U.S. Soccer is a nonprofit organization whose charge is to govern soccer in the U.S. Its mission, stated on its tax filings, is to promote soccer and make it “the pre-eminent sport recognized for excellence in participation, spectator appeal, international competitions and gender equality.” U.S. Women’s Soccer Games,U.S. Women’s Soccer Games

Should U.S. men’s and women’s player pay be tied to revenue, based on team results or determined some other way? Join the discussion below.