Brain Scans Can Reveal Your Decisions 7 Seconds Before You “Decide” (#GotBitcoin?)

In a kind of spooky experiment, scientists at the Max Planck Institute for Human Cognitive and Brain Sciences reveal that our decisions are made seconds before we become aware of them. Brain Scans Can Reveal Your Decisions 7 Seconds Before You “Decide” (#GotBitcoin)

In the study, participants could freely decide if they wanted to press a button with their right or left hand.

The only condition was that they had to remember when they made the decision to either use their right hand or left hand.

Using fMRI, researchers would scan the brains of the participants while all of this was going on in order to find out if they could in fact predict which hand the participants would use BEFORE they were consciously aware of the decision. 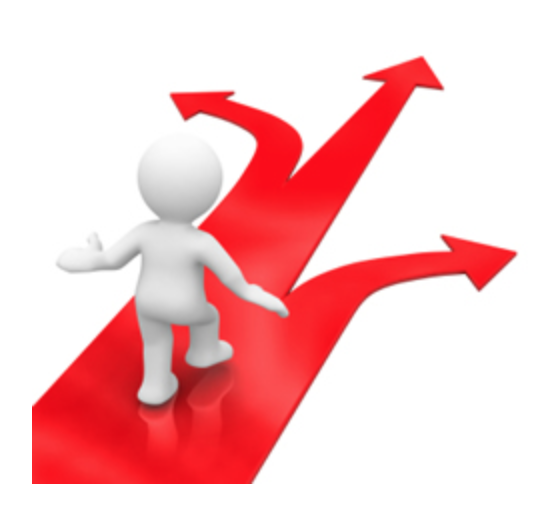 By monitoring the micro patterns of activity in the frontopolar cortex, the researchers could predict which hand the participant would choose 7 SECONDS before the participant was aware of the decision.

“Your decisions are strongly prepared by brain activity. By the time consciousness kicks in, most of the work has already been done,” said study co-author John-Dylan Haynes, a Max Planck Institute neuroscientist.

I don’t even know where to begin here! I know from the hypnosis research that the unconscious pretty much controls everything and that consciousness is extremely limited.

But, I do find it a bit disconcerting that decisions are made by unconscious me 7 seconds before conscious me…

I am not the only one.

Watch Marcus Du Sautoy (Professor of Mathematics at the University of Oxford) go through the study himself. The 7 second delay is in full effect.

Marcus is really disturbed here and brings up the subject of free will. Does this mean we really do NOT have free will? I am really curious what you think about this, please comment below.

What Neuroscience Says About Free Will

We’re convinced that it exists, but new research suggests it might be nothing more than a trick the brain plays on itself.

It happens hundreds of times a day: We press snooze on the alarm clock, we pick a shirt out of the closet, we reach for a beer in the fridge. In each case, we conceive of ourselves as free agents, consciously guiding our bodies in purposeful ways. But what does science have to say about the true source of this experience?

In a classic paper published almost 20 years ago, the psychologists Dan Wegner and Thalia Wheatley made a revolutionary proposal: The experience of intentionally willing an action, they suggested, is often nothing more than a post hoc causal inference that our thoughts caused some behavior.

But there’s a mystery here. Suppose, as Wegner and Wheatley propose, that we observe ourselves (unconsciously) perform some action, like picking out a box of cereal in the grocery store, and then only afterwards come to infer that we did this intentionally.

If this is the true sequence of events, how could we be deceived into believing that we had intentionally made our choice before the consequences of this action were observed? This explanation for how we think of our agency would seem to require supernatural backwards causation, with our experience of conscious will being both a product and an apparent cause of behavior.

In a study just published in Psychological Science, Paul Bloom and I explore a radical—but non-magical—solution to this puzzle. Perhaps in the very moments that we experience a choice, our minds are rewriting history, fooling us into thinking that this choice—that was actually completed after its consequences were subconsciously perceived—was a choice that we had made all along.

Though the precise way in which the mind could do this is still not fully understood, similar phenomena have been documented elsewhere. For example, we see the apparent motion of a dot before seeing that dot reach its destination, and we feel phantom touches moving up our arm before feeling an actual touch further up our arm.

“Postdictive” illusions of this sort are typically explained by noting that there’s a delay in the time it takes information out in the world to reach conscious awareness: Because it lags slightly behind reality, consciousness can “anticipate” future events that haven’t yet entered awareness, but have been encoded subconsciously, allowing for an illusion in which the experienced future alters the experienced past.

In one of our studies, participants were repeatedly presented with five white circles in random locations on a computer monitor and were asked to quickly choose one of the circles in their head before one lit up red. If a circle turned red so fast that they didn’t feel like they were able to complete their choice, participants could indicate that they ran out of time.

Otherwise, they indicated whether they had chosen the red circle (before it turned red) or had chosen a different circle. We explored how likely people were to report a successful prediction among these instances in which they believed that they had time to make a choice.

Unbeknownst to participants, the circle that lit up red on each trial of the experiment was selected completely randomly by our computer script. Hence, if participants were truly completing their choices when they claimed to be completing them—before one of the circles turned red—they should have chosen the red circle on approximately 1 in 5 trials.

Yet participants’ reported performance deviated unrealistically far from this 20% probability, exceeding 30% when a circle turned red especially quickly. This pattern of responding suggests that participants’ minds had sometimes swapped the order of events in conscious awareness, creating an illusion that a choice had preceded the color change when, in fact, it was biased by it.

Importantly, participants’ reported choice of the red circle dropped down near 20% when the delay for a circle to turn red was long enough that the subconscious mind could no longer play this trick in consciousness and get wind of the color change before a conscious choice was completed. This result ensured that participants weren’t simply trying to deceive us (or themselves) about their prediction abilities or just liked reporting that they were correct.

In fact, the people who showed our time-dependent illusion were often completely unaware of their above-chance performance when asked about it in debriefing after the experiment was over. Moreover, in a related experiment, we found that the bias to choose correctly was not driven by confusion or uncertainty about what was chosen: Even when participants were highly confident in their choice, they showed a tendency to “choose” correctly at an impossibly high rate.

Taken together, these findings suggest that we may be systematically misled about how we make choices, even when we have strong intuitions to the contrary. Why, though, would our minds fool us in such a seemingly silly way in the first place? Wouldn’t this illusion wreak havoc on our mental lives and behavior?

Maybe not. Perhaps the illusion can simply be explained by appeal to limits in the brain’s perceptual processing, which only messes up at the very short time scales measured in our (or similar) experiments and which are unlikely to affect us in the real world.

A more speculative possibility is that our minds are designed to distort our perception of choice and that this distortion is an important feature (not simply a bug) of our cognitive machinery.

For example, if the experience of choice is a kind of causal inference, as Wegner and Wheatley suggest, then swapping the order of choice and action in conscious awareness may aid in the understanding that we are physical beings who can produce effects out in the world. More broadly, this illusion may be central to developing a belief in free will and, in turn, motivating punishment.

Yet, whether or not there are advantages to believing we’re more in control of our lives than we actually are, it’s clear that the illusion can go too far. While a quarter-of-a-second distortion in time experience may be no big deal, distortions at longer delays—which might plague people with mental illnesses like schizophrenia and bipolar disorder—could substantially and harmfully warp people’s fundamental views about the world.

People with such illnesses may begin to believe that they can control the weather or that they have an uncanny ability to predict other people’s behavior. In extreme cases, they may even conclude that they have god-like powers.

It remains to be seen just how much the postdictive illusion of choice that we observe in our experiments connects to these weightier aspects of daily life and mental illness. The illusion may only apply to a small set of our choices that are made quickly and without too much thought.

Or it may be pervasive and ubiquitous—governing all aspects of our behavior, from our most minute to our most important decisions. Most likely, the truth lies somewhere in between these extremes. Whatever the case may be, our studies add to a growing body of work suggesting that even our most seemingly ironclad beliefs about our own agency and conscious experience can be dead wrong.

Brain Scans Can Detect Who Has Better Skills (#GotBitcoin?)

Next Target For Hackers In 2019 Is Your Brain