One factor could be homeowners tapping into home equity for cash when they refinance. U.S. Mortgage Debt Hits Record, Eclipsing 2008 Peak (#GotBitcoin?) 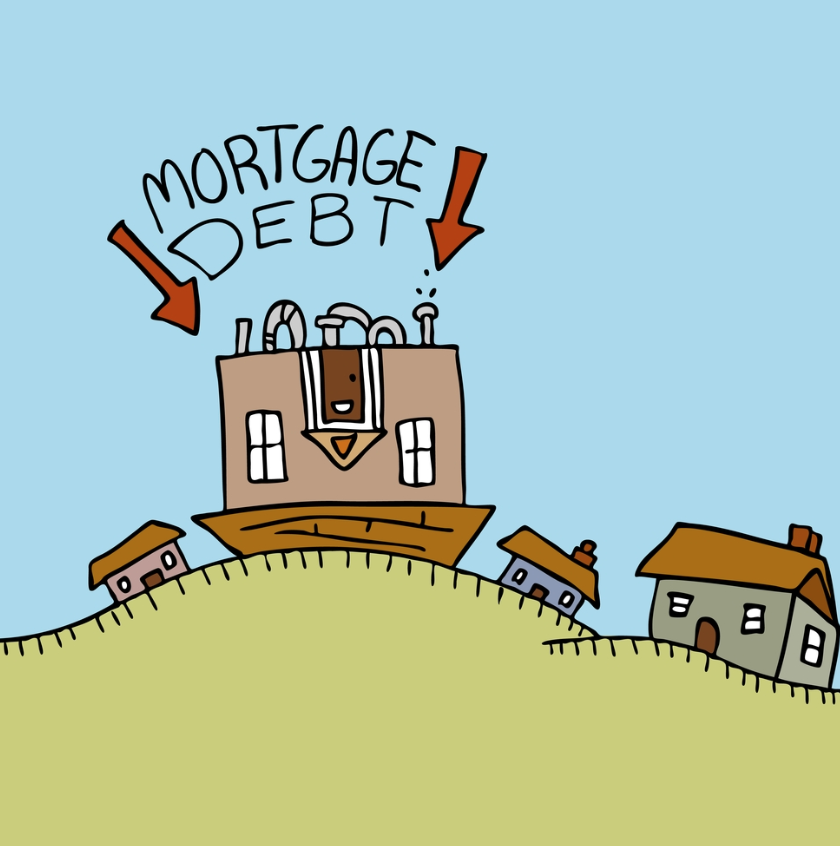 U.S. mortgage debt reached a record in the second quarter, exceeding its 2008 peak as the financial crisis unfolded.

Mortgage balances rose by $162 billion in the second quarter to $9.406 trillion, surpassing the high of $9.294 trillion in the third quarter of 2008, the Federal Reserve Bank of New York said Tuesday.

Mortgages are the largest component of household debt. Mortgage originations, which include refinancings, increased by $130 billion to $474 billion in the second quarter. The figures are nominal, meaning they aren’t adjusted for inflation.

“The big picture is that when you look at mortgages, which is the biggest piece of [household debt], it still looks pretty healthy,” said Michael Feroli, chief U.S. economist at JPMorgan Chase, noting that while household debt has grown, so have incomes.

The milestone for mortgage debt has been long in the making. Americans’ mortgage debt dropped by about 15% from the 2008 peak to the trough in the second quarter of 2013 and has climbed slowly since then.

Total household debt has been on the rise since mid-2013. It rose by 1.4% from the first quarter to $13.86 trillion, the 20th consecutive quarter of increase.

Still, the household debt picture is much different in 2019 than it was 11 years ago, since lending standards are tighter and less debt is delinquent today.

The second quarter saw a steep drop in the 30-year mortgage rate, which boosted borrowers’ incentive to take out a mortgage or refinance. The average rate on a 30-year fixed-rate mortgage dropped below 4% in May for the first time since early last year.

“What’s more interesting is when you look at the service burden, we don’t have more debt,” said Diane Swonk, chief economist at Grant Thornton.

Still, the housing market has been crimped by low inventory and high prices. Home prices hit a new nominal peak in September 2016 and have continued to climb since then.

One factor behind rising mortgage debt balances in the second quarter could be homeowners tapping into home equity for cash when they refinance.

Refinancing accounted for about half of new mortgages in the second quarter, according to Guy Cecala, chief executive at Inside Mortgage Finance, an industry research group. That represents a “mini refinancing boom” since the refinancing share of new mortgages was about 30% in 2018, when rates were rising, Mr. Cecala said.

Mortgages remain the largest form of household borrowing but have become a smaller share of total debt since the late 2000s as consumers take on more automotive and student loans.

Despite the higher debt loads, Americans appear to be keeping up with their payments. The report found that 95.6% of balances were current, the highest level of the current expansion.

In the second quarter, Americans continued to borrow more for cars and their credit-card balances rose, although student debt declined slightly.