Ex-Wall Street Lawyer Is Behind Plan to Have Post Office Compete With Banks. Can “Postal Banking” Bank The Unbanked? (#GotBitcoin?) 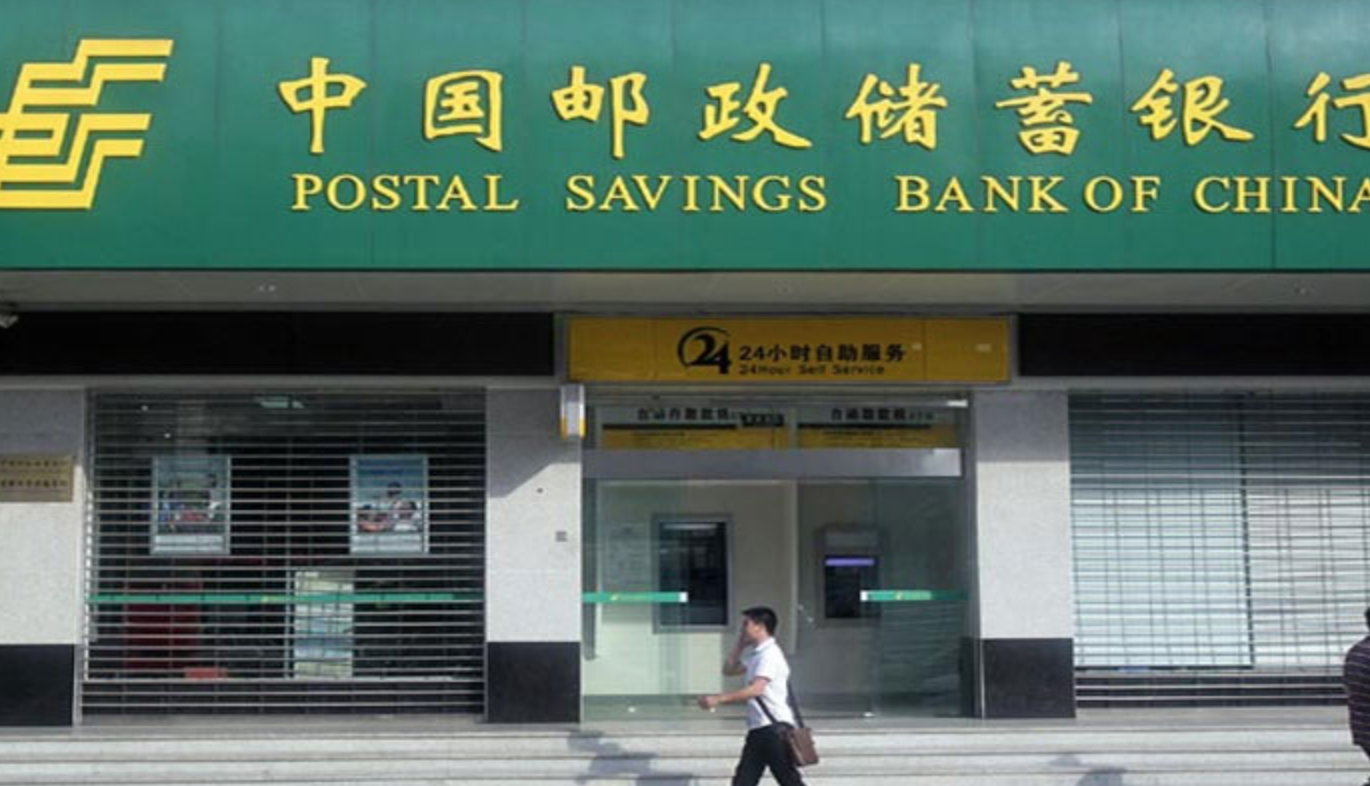 As a young Wall Street lawyer, Mehrsa Baradaran helped large banks turn to the government to survive the financial crisis. A decade later, she is behind a proposal to bring government-backed competition into their world.

More Democrats are touting a proposal to offer banking services through the post office to people who lack bank accounts or credit cards. Many of them—including U.S. Sens. Kirsten Gillibrand of New York and Elizabeth Warren of Massachusetts and U.S. Rep. Alexandria Ocasio-Cortez of New York—have consulted with Ms. Baradaran, a law professor who is about to join the University of California-Irvine.

Ms. Baradaran first began writing about postal banking six years ago, calling it a “public option” for banking, akin to what many argue is needed in health care. She contends that private banks have failed to address the needs of millions of households and that a government-backed option can close the gap.

Her interest had its origins in her work at Davis Polk & Wardwell LLP, which represents such Wall Street clients as Morgan Stanley . Before the crisis, Ms. Baradaran did research on bank charters that firms were considering using that would limit the government’s involvement in their business.

During the financial crisis, banks including Morgan Stanley and Goldman Sachs Group Inc. got the government’s protection by making emergency conversions into fully fledged deposit-taking banks, a shift that helped end a period in which markets were questioning their survival.

What she took away from the experience, she says, was that banks and the government are inextricably linked, in forms ranging from taxpayer support to charter laws protecting banks from competition. “When you see behind the curtain, you see that it’s not based on market rules,” she said. “These are not private institutions. That is what stuck with me.”

Though banking mostly escaped the political spotlight in the 2016 presidential election, it is emerging as a hot topic once again. President Trump has pushed to loosen some regulations on banks, prompting progressive Democrats to revive questions about whether banks are doing enough for everyday consumers, especially as the economy shows signs of slowing.

Ms. Baradaran, 41 years old, left Iran with her family when she was a child after her mother was jailed for opposing the religious regime. Her father, a surgeon, won his wife’s freedom in part by operating on a high-ranking cleric. Soon after, Ms. Baradaran’s parents gave her and her two sisters three days to pack up and move.

She spent the next few years moving around the U.S., including California, Nevada and New York. She spent hours watching “Saved by the Bell,” a popular teen TV program, trying to learn how to fit into her new country. Having joined the Church of Jesus Christ of Latter-day Saints, she got her bachelor’s degree at Brigham Young University. She then went to law school at New York University on a scholarship, and started working at Davis Polk after graduating.

Ms. Baradaran quit the firm when she had her second child. During the baby’s naps and at night, with papers spread over the kitchen table, she wrote a research paper based on her work on bank charters. That led to a second career in academia.

In 2013, she published a paper on the history of postal banking, which existed in the U.S. from the early 20th century up until the 1960s. She proposed bringing it back as a solution to the problem of people who couldn’t afford checking accounts or qualify for credit cards, but needed better ways to store and borrow money than mattresses and payday lenders.

Even among advocates, there is a debate about how far postal banking should go. Some groups, including the postal-workers unions, argue that the effort should start with things like money orders, ATMs and prepaid debit cards under existing statutes as a pilot program. Other proposals, like Sen. Gillibrand’s, go further, such as getting approval to offer small-dollar loans.

Ms. Baradaran says postal banking and other proposals, such as giving people help with down payments or selective forgiveness of student loans, can begin to address practices that she says have left many Americans with a dearth of financial choices.

“We let banks choose customers, and because of competition they had to drop poor customers and poor neighborhoods,” she says. “Banks are subsidized and supported on so many levels. If banking is a public good, let’s just treat it like that.”

Postal Banking In the U.S.? It’s Not As Unlikely As It Sounds

The right kind of arrangement would help the USPS as well as millions of unbanked Americans.

Should U.S. post offices also be banks? Lately, a group of legislators including Bernie Sanders and Alexandria Ocasio-Cortez has been championing the idea as a way to address economic inequality.

It might seem far-fetched, given how the postal service has been struggling recently to even deliver the mail. But the idea shouldn’t be dismissed.

Many people in America lack access to decent, fairly priced financial services. As of 2019, an estimated 7.1 million households had no bank accounts. About 14% of Black households and 12% of Hispanic households are in this position.

A constellation of businesses — payday lenders, check cashers, tax preparers, auto dealers and so on — acts to fill the gap, but often at excessive cost. A study in 2011 found that paying for these services can eat up almost a tenth of an unbanked household’s income.

The problem isn’t as bad as it used to be. The proportion of Black and Hispanic households without bank accounts has declined significantly in recent years. More banks are offering inexpensive accounts without overdraft fees (which cost the poorest customers billions of dollars a year). The government’s pandemic response may have helped, too. According to one survey, 7% of U.S. consumers said they’d opened new accounts to receive Covid-19 relief payments.

Still, the U.S. compares poorly to countries such as Australia, Canada and Germany, which are almost 100% banked. In many American neighborhoods, bank branches are nonexistent.

Fintech startups are trying to meet the need but struggle to satisfy the licensing requirements of 50 different states and to draw consumers from less scrupulous lenders with big marketing budgets.

This is where the postal service comes in. Its network of 30,000 branches dwarfs those of even the largest banks, with a presence in some of the most neglected places, both urban and rural. Most countries use their postal networks to deliver banking services — and so did the U.S. from 1911 to 1966. Despite its financial and operational difficulties, the post office remains popular with users.

Turning the post office into a full-fledged bank isn’t the way to go. That would require expertise in risk assessment, account management and security systems that it doesn’t have. But the post office does have infrastructure, access and reputation.

If Congress granted the necessary authority, these assets could be used to build a distribution network for a curated selection of financial services provided by others.

Wells Fargo Launches Effort To Increase Services To The Unbanked

Wells Fargo & Co., the fourth-largest U.S. bank, is rolling out an initiative to bring more people into the banking system.

The firm said it will increase access to affordable products, expand financial-education offerings and launch a National Unbanked Advisory Task Force. Wells Fargo also will set a 10-year goal for reducing the number of people who are unbanked, according to a statement Monday.

“We recognize the high number of unbanked households is a complex and long-standing issue that will require gathering the best minds, ideas, products and educational resources from across our communities to bring about change,” Chief Executive Officer Charlie Scharf said in the statement. “Through our initiative, we will organize our resources under one umbrella and work with a broad and diverse group of stakeholders on a sustained multiyear effort to accelerate financial inclusion in the U.S.”

One in four U.S. adults is considered unbanked or underbanked in the U.S., according to the nonprofit Financial Health Network, which says those consumers pay almost $200 billion a year in fees and interest on financial products. The problem intensifies the nation’s wealth gap, which disproportionately affects minority groups.

Over the past year, corporate America has increasingly responded to systemic racism in the U.S. after the killings of George Floyd and other African Americans by police officers. Critics have singled out the financial industry for creating and prolonging economic disparities.

Wells Fargo’s initiative will in particular help “remove barriers to financial inclusion for Black and African American, Hispanic, and Native American/Alaska Native families, which account for more than half of America’s 7 million unbanked households,” according to the statement.

Finance companies could compete to offer appropriate products, and the winners would gain retail exposure and the post office’s imprimatur. For fintechs facing daunting state regulations, an easier path to a national presence could be part of the bargain.

Digital Currency May Be An Answer To Help The Unbanked, Sen. Warren Says

Senator Elizabeth Warren appeared to have softened her stance on the crypto industry in recent remarks.

Senator and former United States presidential candidate Elizabeth Warren believes that the digital asset industry may be a tool to tackle some challenges in the traditional financial system.

A known skeptic of cryptocurrencies like Bitcoin (BTC), Warren appeared to have softened her stance on the crypto industry in a CNBC Squawk Box interview on Wednesday, stating that digital currencies could be an instrument to bank the unbanked:

“There has been an enormous failure by the big banks to reach consumers all across the country. Digital currency and central bank digital currency may be an answer there.”

The senator emphasized that the existing financial system has a lot of problems, suggesting that some cryptocurrency-related solutions could be a potential solution to these issues. “The question we have to ask is to look at the design of crypto to see where it may be better but also to see where it may inject its own risks into the system,” Warren stated.

But despite seeing cryptocurrency’s potential to solve challenges of the established financial system, Warren still reiterated some of her concerns over cryptocurrency investment risks. “My concern is that a wholly unregulated market is one where ultimately the folks who pay the price are the small investors and the taxpayers,” the senator said.

The Senator also compared the current cryptocurrency market to snake oil salesmen in the days before the government started regulating drugs, stating that a stronger regulatory framework would discourage fraud in the crypto industry and make it safer. “I don’t wanna wait until a whole lot of people, a whole lot of small traders, have been completely wiped out. I think the rules of the road that are there at the beginning that people say, ‘We’ve got a cop on the beat,’ give people a lot of confidence,” Warren noted.

LMAO @ewarren went on TV and compared Bitcoin to drugs.

You can’t make this up.
pic.twitter.com/l64gs6Jwmp

Warren’s latest comments on crypto come shortly after the senator referred to crypto-related players and enthusiasts as “shadowy, faceless group of super coders and miners” in Tuesday a press panel devoted to crypto. The senator is also known for referring to cryptocurrencies like Bitcoin as “bogus” currency, while stating that central bank digital currencies have great promise.